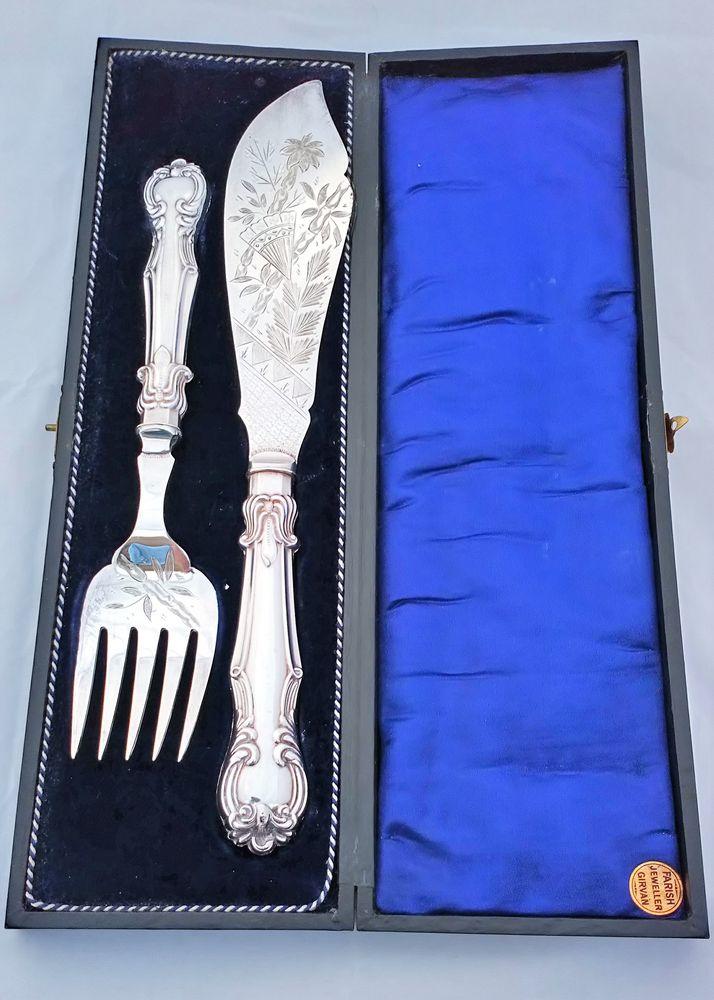 The fish servers are in their original box which has the name of the retailers - Farish, Jeweller of Girvan, Scotland. The knife is marked on the blade with the maker's mark of Deykin & Harrison of Jennens Row Birmingham circa 1895. William R Deykin  and Walter A. Harrison had the trade mark Venetian Silver, the gondola mark is on the back of the blade of the knife. The ornate handles are in the Victoria pattern, popular from the mid 19th Century and named after the Queen.

The blade and fork are both engraved with Japonesque designs including a hand fan and bamboo, very popular during the Aesthetic Movement period from 1870 onwards. The knife is 12 inches long and the fork is 9 1/2 inches long. The black box has a blue velvet and silk interior and fastens with a gilt metal clasp. The two plated items alone weigh 250g and with the box, 596g.

The set is in very good condition overall with just a couple of minor scuffs to the outside of the box. It has clearly been treasured over the years. A great set for display and use.