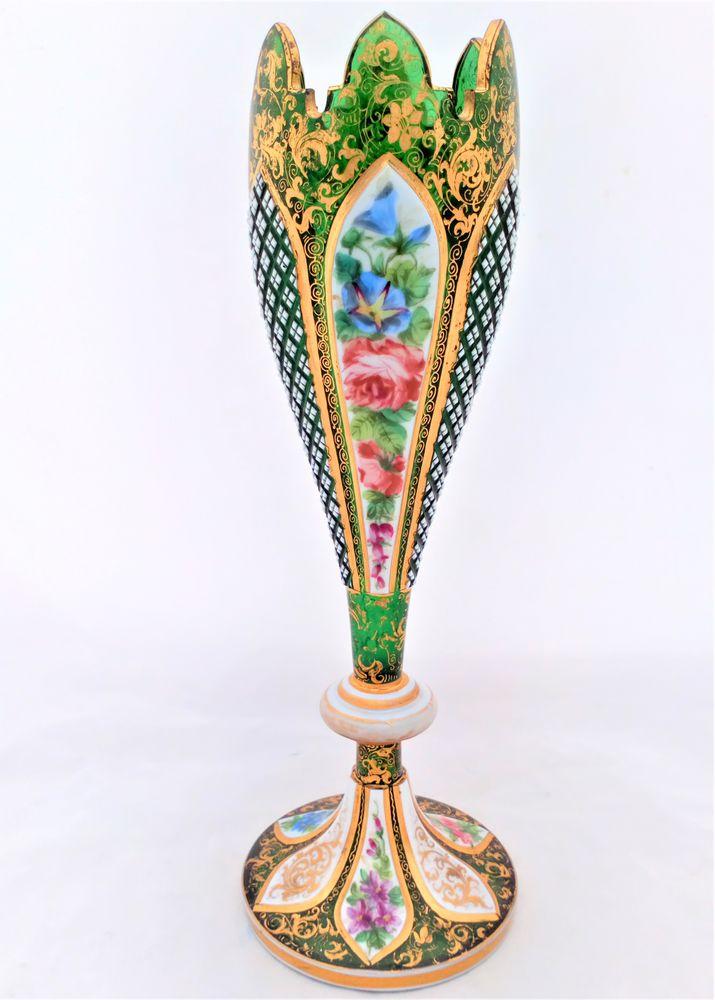 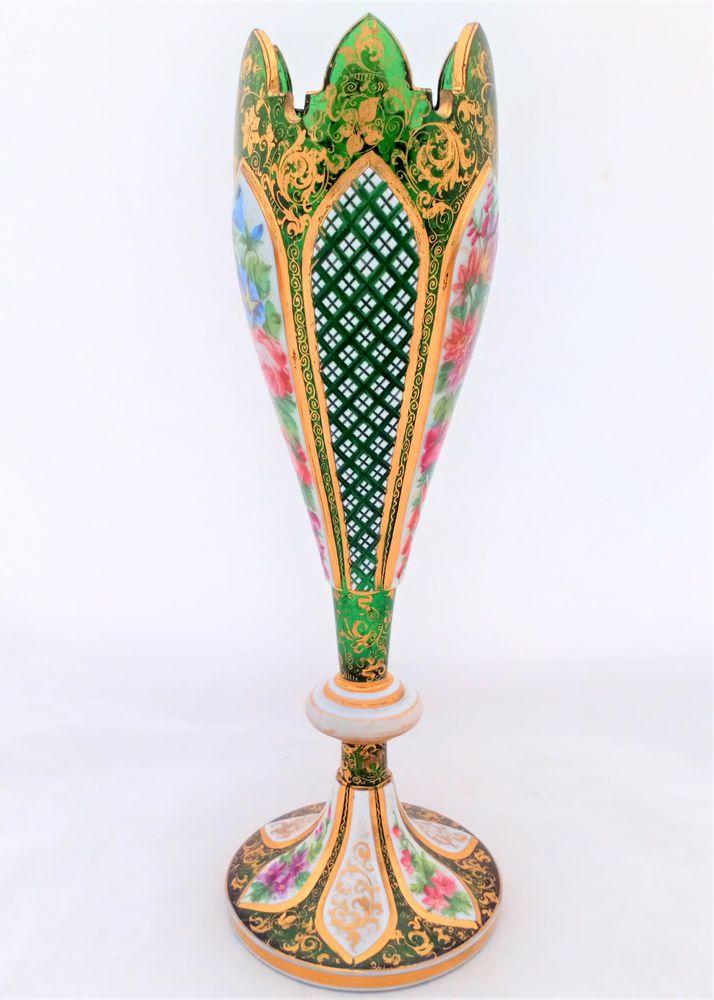 A beautiful quality 19th century Bohemian green glass vase of slender fluted tulip form which has been very skilfully cut with six overlayed white petal shaped panels. These highly decorative panels are alternately either cross cut with small strawberry diamonds ( some collectors refer to this as hobnail cut - cross hatched ) or enamelled with colourful floral blooms with the space between the panels having a gilt floriate scrolling pattern.

This very stylish glass vase with a gilded castellated "Van Dyke" rim, stands on a round pedestal foot which is also overlayed with petal shape panels that are enamelled and gilded, it has a slender annulated knopped stem.

This is a beautiful quality and highly decorative antique item that dates to the 19th century during the reign of Queen Victoria circa 1865.

The base has the remnants of a gilded mark which consists of a nine pearled coronet, for a Count ( Graf ), over a vertically striped escutcheon or heraldic shield with four dark equi-spaced vertical stripes or pallets, all within an oval shaped border. These vertical pallets are also lined, in heraldic terms, for the colour gules or red. We have seen a complete mark on a similar vase. This mark is the crest of the von Schaffgotsch, a Silesian noble family. Silesia is a historical region of Central Europe located mostly in Poland, with small parts in the Czech Republic and Germany. At the time this vase was made in Schreiberhau, which is just over Karkonosze ridge from Bohemia , it was in the Silesian province of the Prussian state

In 1841 the landlords Schaffgotsch founded a glassworks in the Weißbachtal district, which opened on July 7, 1842 and was called the “Josephinenhütte”. This glassworks was originally managed until 1882 by Franz Pohl. The Josephine glassworks continued in business until 1923 under the ownership of the Schaffgotsch family when it merged with the Heckert glassworks in Petersdorf and the Hermsdorf company Neumann & Staebe.

This is a beautiful high quality antique green overlay glass vase made by the renowned Silesian glass maker Countess Schaffgotsch'sche Josephinenhütte ( Josephinenhütte of Szklarska Poręba  ʃ klarska pɔrɛmba ] (German Schreiberhau ) is a town in the district of Jeleniogórski in the Lower Silesian province in Poland.

We have listed for purchase separately a very similar sized and decorated vase but with some slight differences in the shape and decoration of the panels, size of the knop but with gilded main panels as opposed to white backgrounds. As shown in the last image - together they do make a nice matched pair.

This beautiful antique vase is in excellent antique condition with just a little wear to the gilding.

Free UK and international shipping with this item. 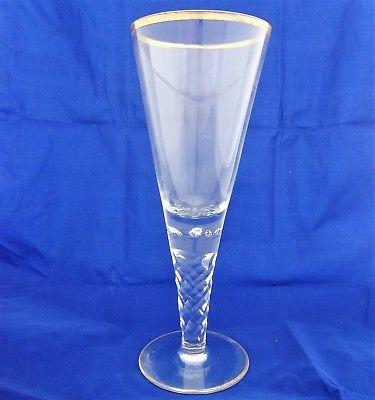 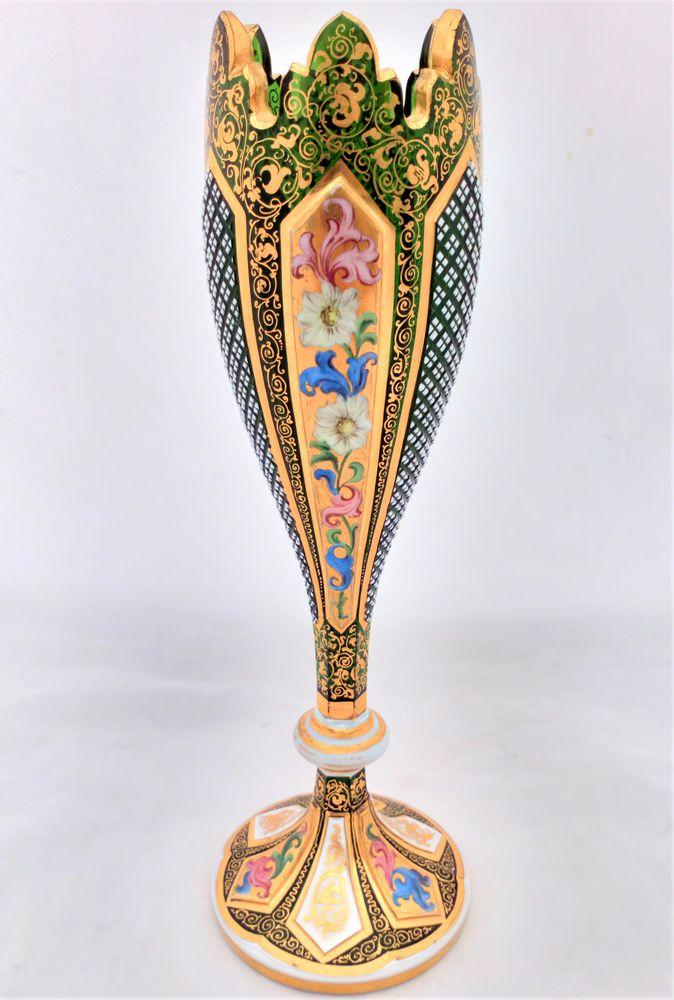 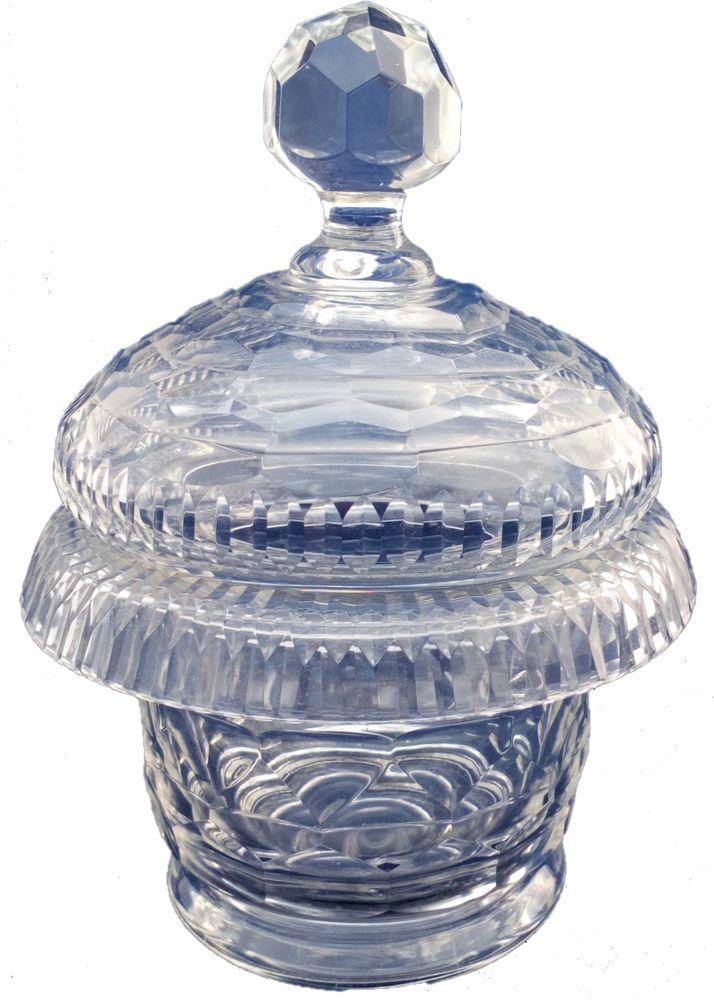 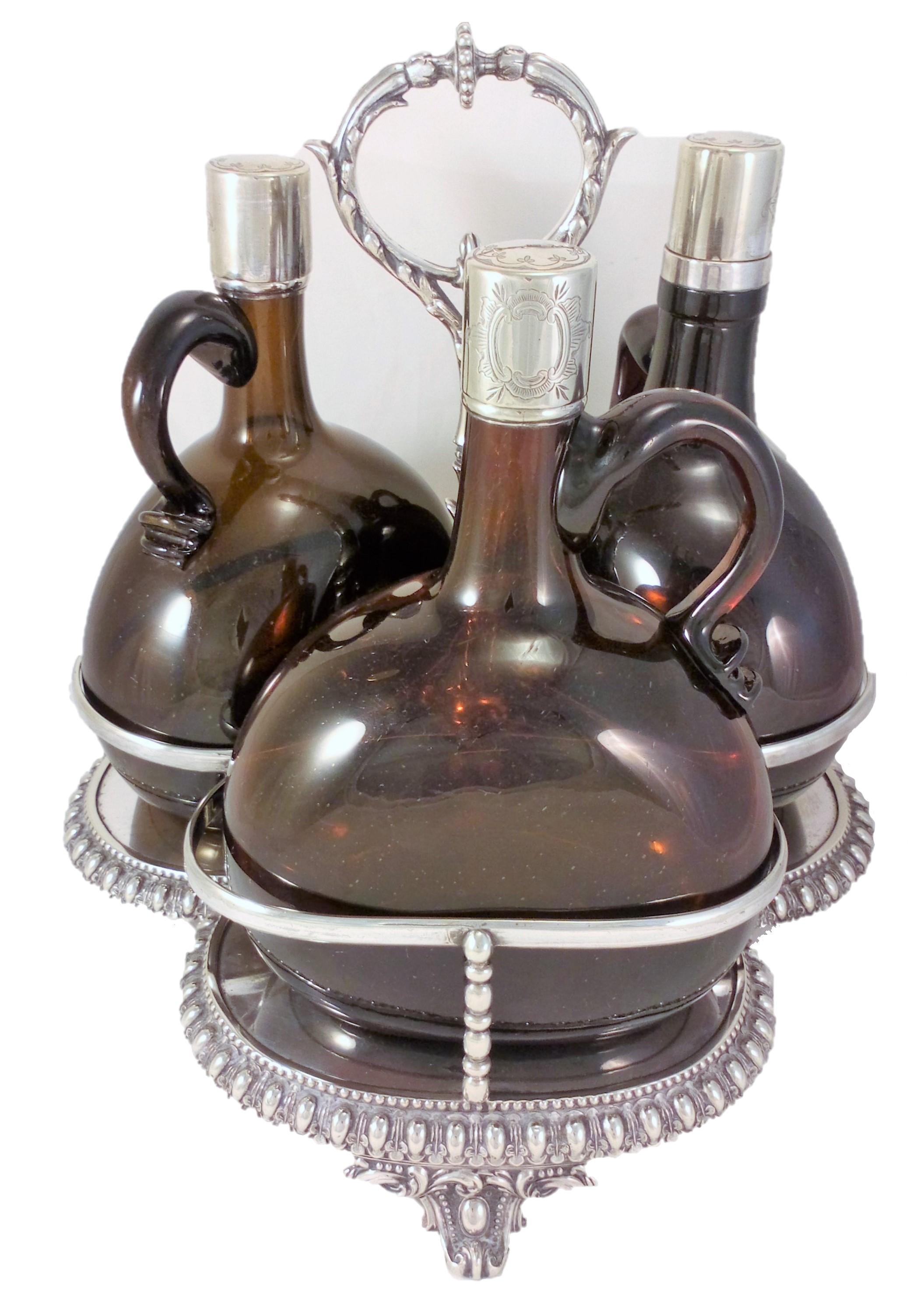 £185.00
A set of three amber glass spirit decanters with original silver plated mounts, sitting in a silver plated bespoke triform stand. This is a beautiful,...
View details
X
This website uses cookies to ensure that you get the best experience on our website. Read our privacy policy.
I accept