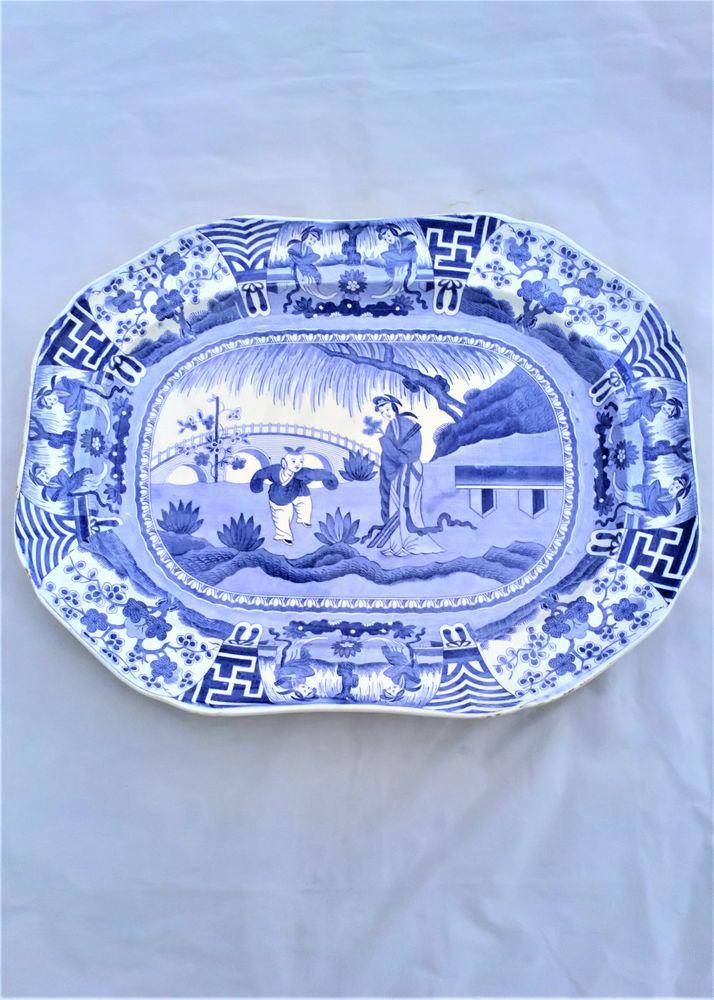 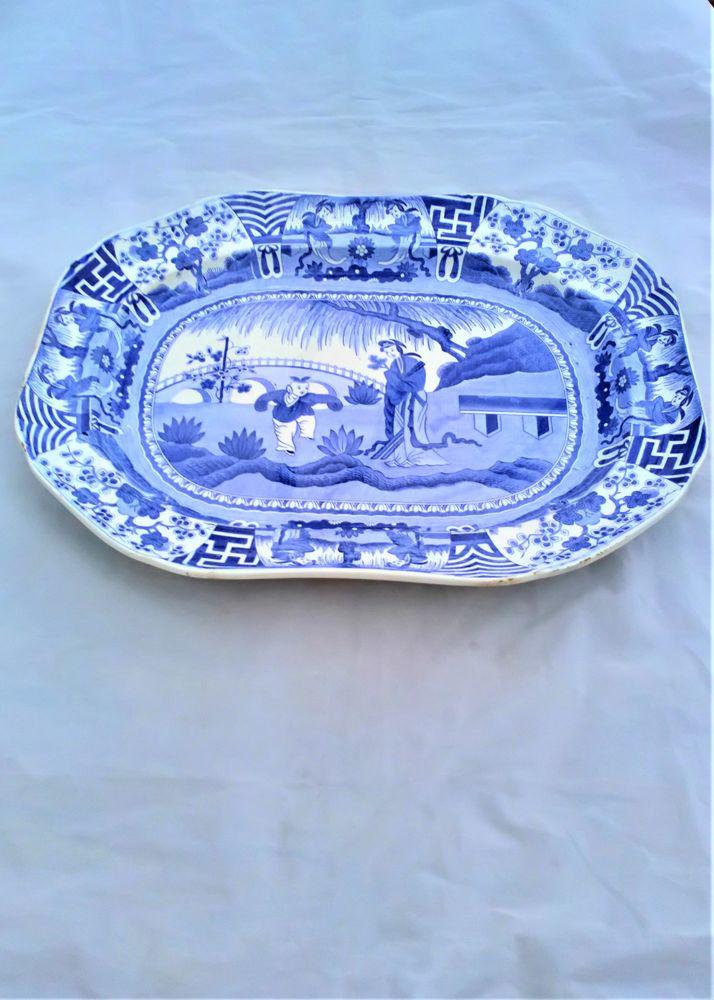 A Copeland earthenware meat plate, platter or ashet which has a highly fired body and is transfer printed in blue and white with the Lange Lijsen, Long Eliza or Jumping Boy pattern (P622). This particular platter is marked on the back Copeland, which helps date it to the 1847 - 1867 period of WT Copeland of Church Street Works, Stoke-on-Trent, Staffordshire, England.

This pattern was first produced by their predecessors Spode in the early 19th century, also later by Copeland and Garret, however Spode's version is actually copy of an original Chinese Kangxi period (1700-1722) design that was introduced to the United Kingdom by the Dutch & the East India Trading Company.  These trading companies had been importing a significant quantities of Chinese porcelain prior to 1800 during the reign of the Chinese emperor Qianlong (1735- 1796).

The name 'Lange Lijsen' is the Dutch name which translates as 'slender lady' the name was Anglicized to "Long Eliza". They were also sometimes referred to as 'Jumping Boy'.  This platter rings nicely when flicked with a finger. It is a very good quality item with a fine body and crisp printing.

The plate measures 17 inches (43 cm) long, 13 inches (33 cm) wide and 1 5/8 inches high. It weighs 1553g unpacked. It is in excellent antique condition with some very minor glaze rubbing to the rim commensurate with age and use. This is a very nice plate and a great example of a relatively uncommon pattern in blue and white transfer-ware of the mid 19th Century.