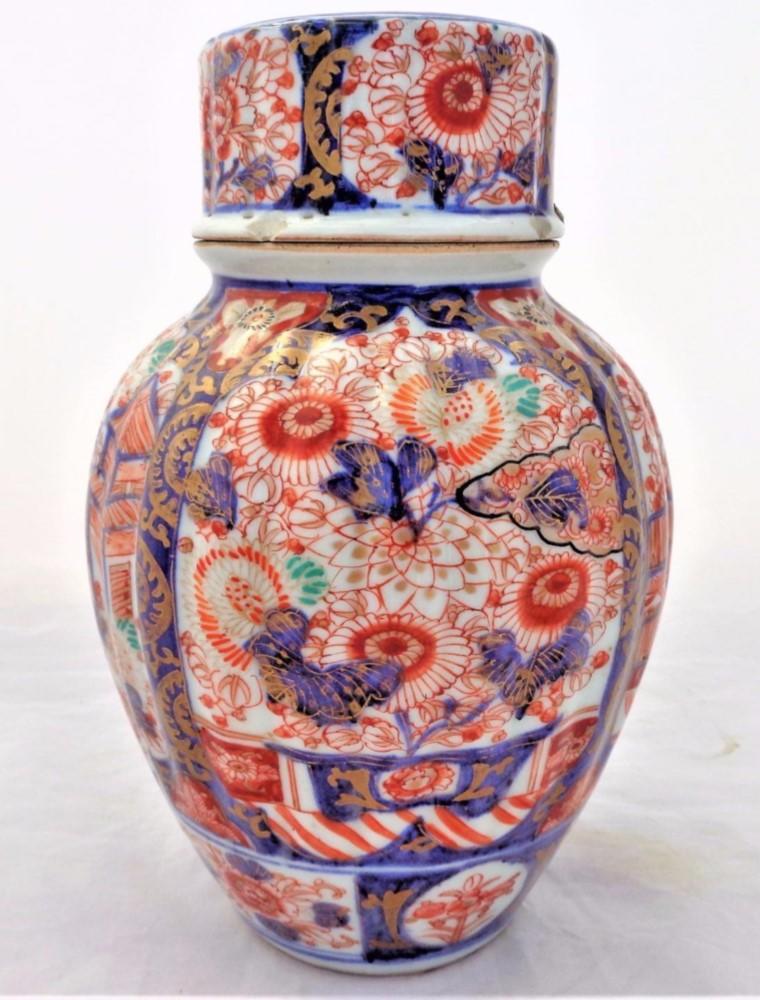 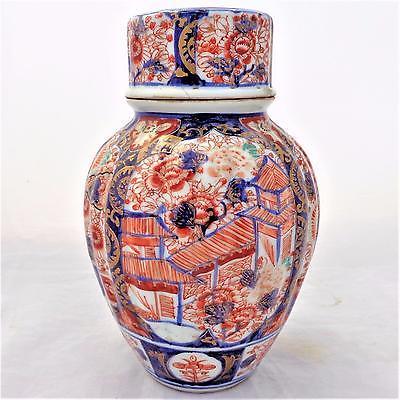 The jar which is 10 inches high and has been finely hand painted in polychrome enamels and profuse gilding. The main design structure is painted with four large main cartouches between the underglaze blue bands. The space between the bands is filled with gilding and iron red enamel panels with gilding in floral scroll pattern.

The main cartouches have a repeating scenes of a house and garden in two of them and flowers in a large pot in the others. There is a painters mark on each of the items.

The vase is unmarked but Imari ware was traditionally made around Arita in the former Hizen Province, North western Kyushu, Japan. This vase dates from the mid to late 19th century and during the Meiji period (1868-1912)

The jar is approximately 10 inches high, 6 inches diameter at the widest and the base is 3 3/8 inches diameter.It  weighs 1832 grammes unpacked.It is in good antique condition.

The jar has some extremely minor wear to the gilding. The outer lid has been broken and re-glued with some minor losses.  Please see the images.

This is a highly collectable and decorative item and great for display on its own or as part of a collection antique Japanese porcelain or Imari-yaki.