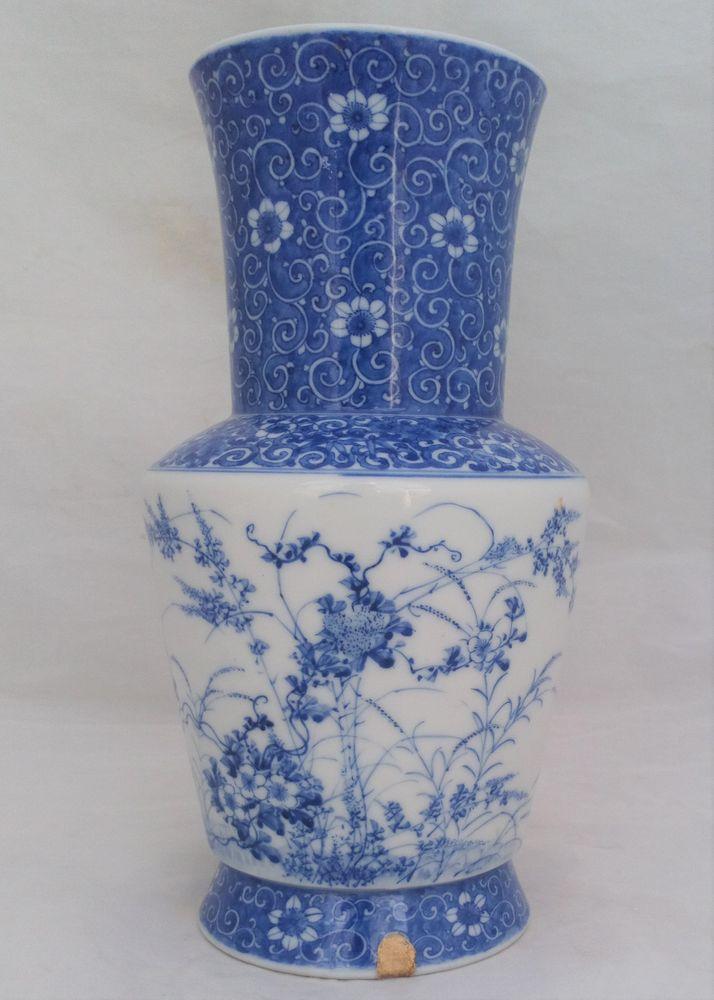 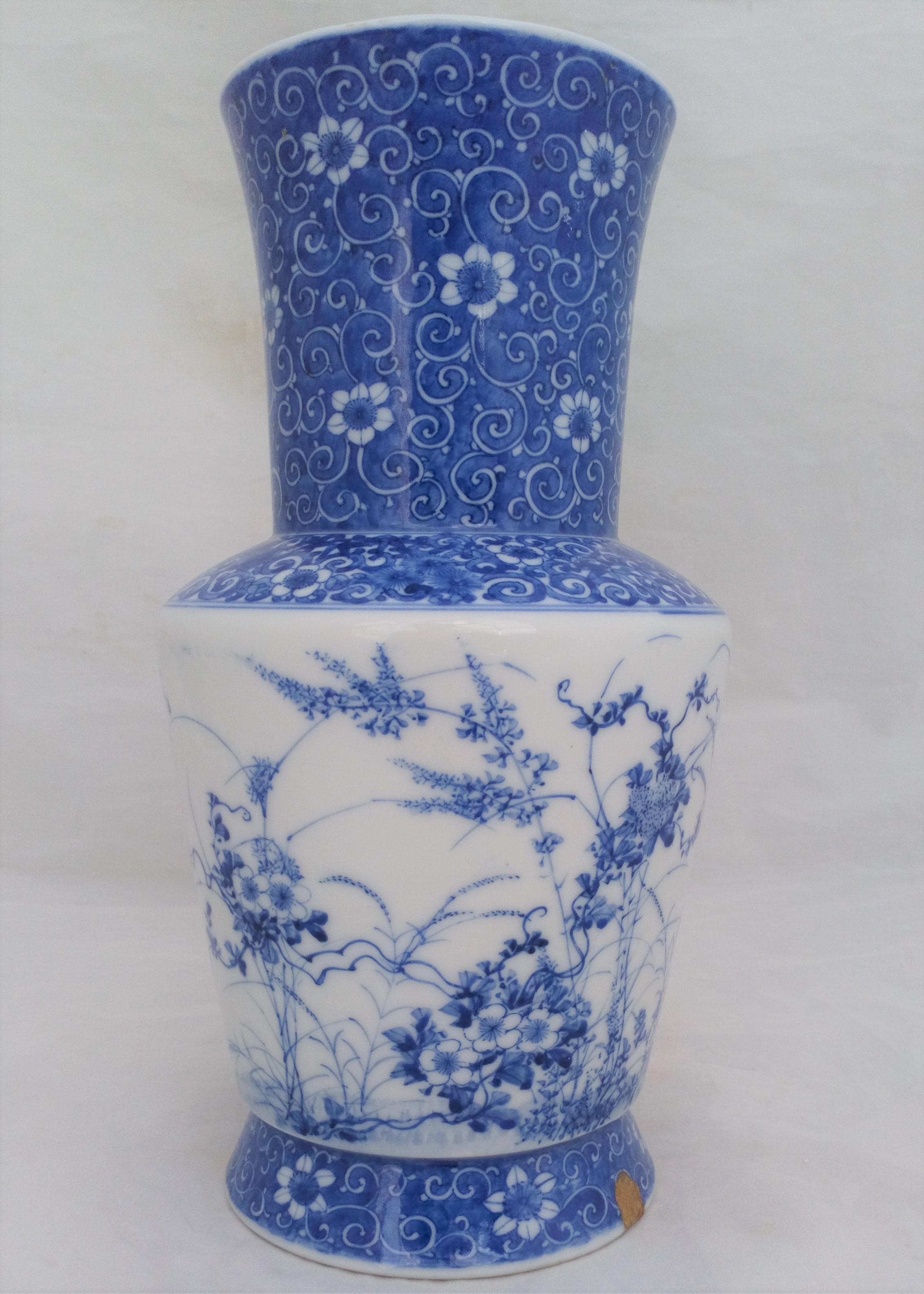 A gorgeous antique Japanese hand painted Sometsuke porcelain vase (painted in blue and white). It is of a very stylish form which consists of a short inwardly tapering foot supporting an outwardly tapering cylindrical body. At just over half the height there is a short slightly curved shoulder onto which a long (approximately 1/3 of the height) slightly trumpet shaped neck is attached

It has been beautifully and very neatly hand painted in under glaze blue with a design featuring flowers foliage and grasses. The shoulder and neck have a deep and ornate border blue ground pattern of scrolling tendrils and flowers. The tapering foot is also decorated in the same design as the neck. The vase is marked and dates from around 1880 during the Meiji period which lasted from 1868 until 1912.

The vase is signed on the base in kanji characters 川 本 折 吉 製 瀬戸 which translates as  Kawamoto Masukichi Seto. (1852-1918) This was was made in Seto in the Aichi prefecture of the Tokai region of Honshu, Japan.

The vase is in very good antique condition with a chip to the foot rim with a Kintsugi or Kintsukuroi type repair (“golden mend”) and a some minor glaze flaws from manufacture.  Since its conception, Kintsugi has been heavily influenced by prevalent philosophical ideas. Namely, the practice is related to the Japanese philosophy of wabi-sabi, which calls for seeing beauty in the flawed or imperfect. The repair method was also born from the Japanese feeling of mottainai, which expresses regret when something is wasted, as well as mushin, the acceptance of change.

Free UK and International postage with this item.