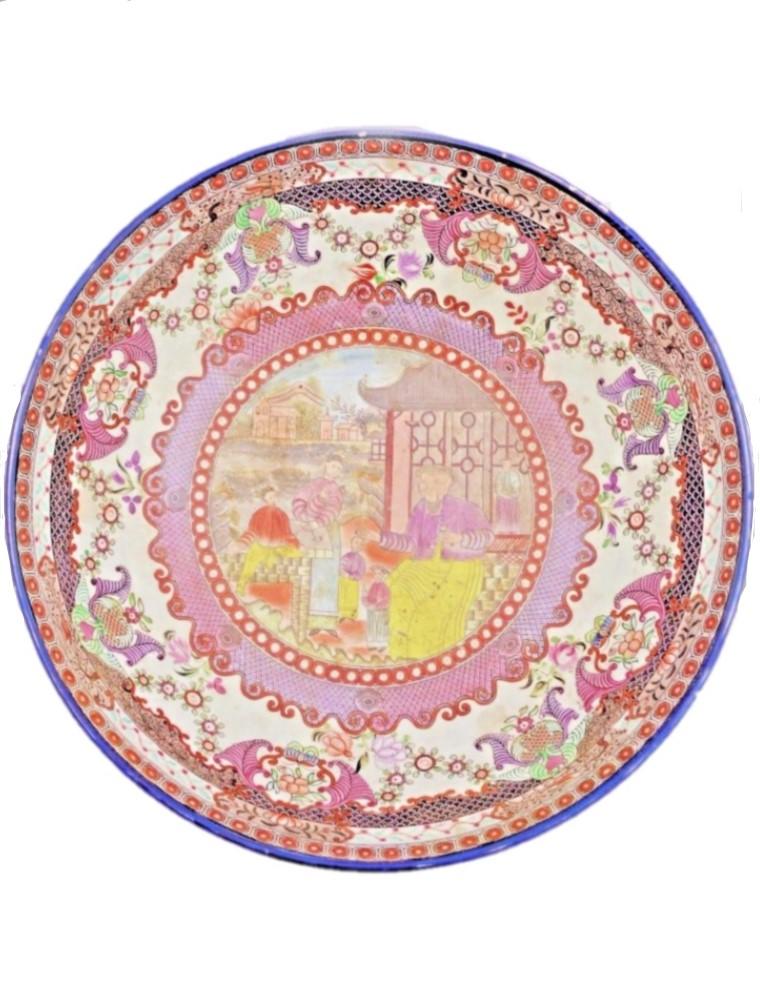 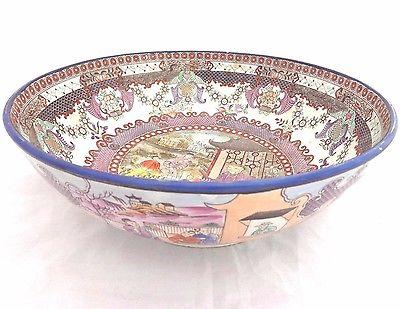 The outside of the bowl has the New Hall type transfer printed pattern "Boy in the the Window" where a woman is stood at a table writing or drawing, two boys are stood near her, and a third is standing inside the house looking at her out of the window.

As well as the New Hall type pattern there is the variation, which is listed as pattern 3324 on the Transferware Collectors Club database. The variation shows the boy in the garden holding a bird perched on his hand while a dog is standing on his hind legs watching the bird. There is a coffee pot on the table at the left of the pattern with a figure standing near it. This is an interesting combination of both patterns.

Each of these scenes is shown twice on the outside of the bowl separated by small landscape cartouches and rococo scroll diaper patterns.The inside of the bowl has a very unusual version of the Chinese original "Boy At The Door" pattern (TCC 4433) (also known as Boy in the Doorway" )  which was produced by Miles Mason and other potters.

It is quite a naive engraving of the figures but, clearly, it is based on the same original source design.The inside rim of the bowl has a very ornate border design which is both transfer printed and further ornamented with hand painting. There is a plain blue band to the rim, with a band of honeycomb below. Underneath is a band of alternating bird and flower cartouches with a hand painted wavy line of dot and leaf pattern. Below that is an alternating scale ground and seaweed rococo scroll with flowers and stylised feathers and butterflies pattern with.

This lovely punch bowl dates from around 1795 to 1820.Good antique condition. No restoration, small hairline to the rim, chips to foot, Glaze crazing and some discolouration. Some minor enamel wear and loss. Please see the photographs.

The bowl weighs 1254 grammes unpacked. It is  11 inches diameter at the rim by 4 inches high with a footrim diameter of  6 inches .

We have given free UK delivery with this item. International economy postage at cost.