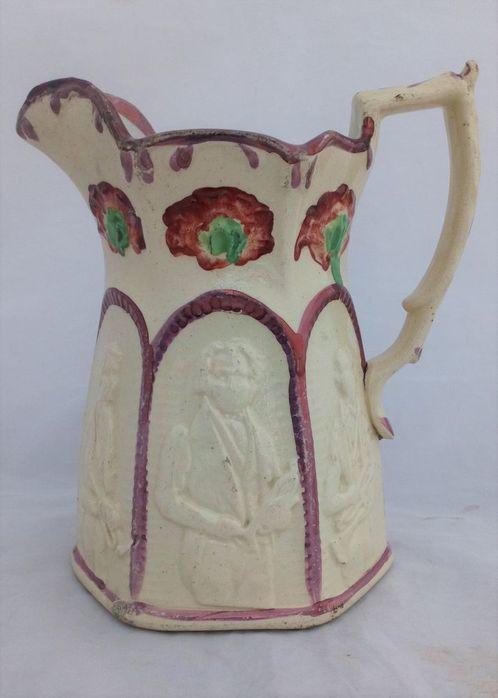 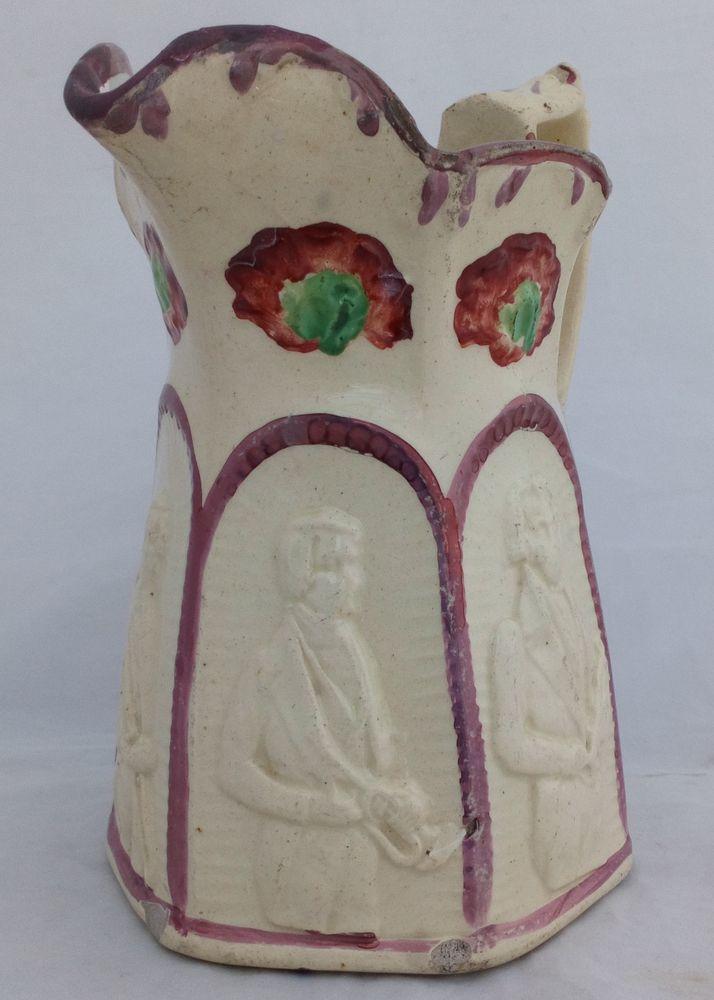 A very attractive and collectable antique pottery jug or pitcher made of earthenware, possibly a Leeds pottery or a Yorkshire piece. This unusual jug has six arched relief moulded panels around the lower part of the jug, each one featuring a musician with a brass instrument - cornet, trumpet, trombone etc.

The Distin family was a family of British Musicians in the 19th century who performed on saxhorns and was influential in the evolution of brass instruments in then popular music. Henri Distin, son of John Distin eventually became a celebrated brass instrument manufacturer in England and the United States.

There are pink lustre highlights and pink and green enamelled naive hand colouring to relief moulded flowers near the rim. The jug is unmarked as is often the case with pottery items dating from this period, c 1850, the early Victorian era. It is in generally good order for its age with a some disguised repaired chips on the spout and two small chips at the base some of the moulding is a little indistinct. - please see the images.