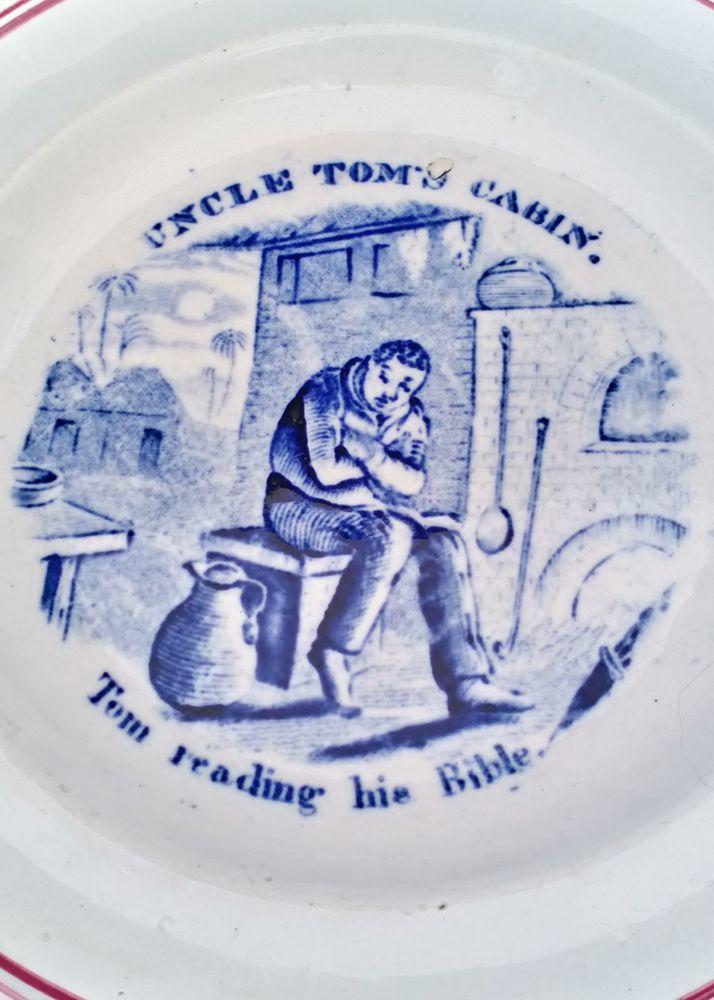 The illustrated image is printed in blue and is titled above it "Uncle Tom's Cabin" and below " Tom Reading His Bible".

The plate is 6 7/8 inches (17.5 cm) diameter and is is in very good condition. There are three spur marks on the base from manufacture.  It has some crazing to the glaze and smudging to the red border. The plate has a small frit to the front. No chips cracks nor restoration It weighs 190 grammes unpacked.