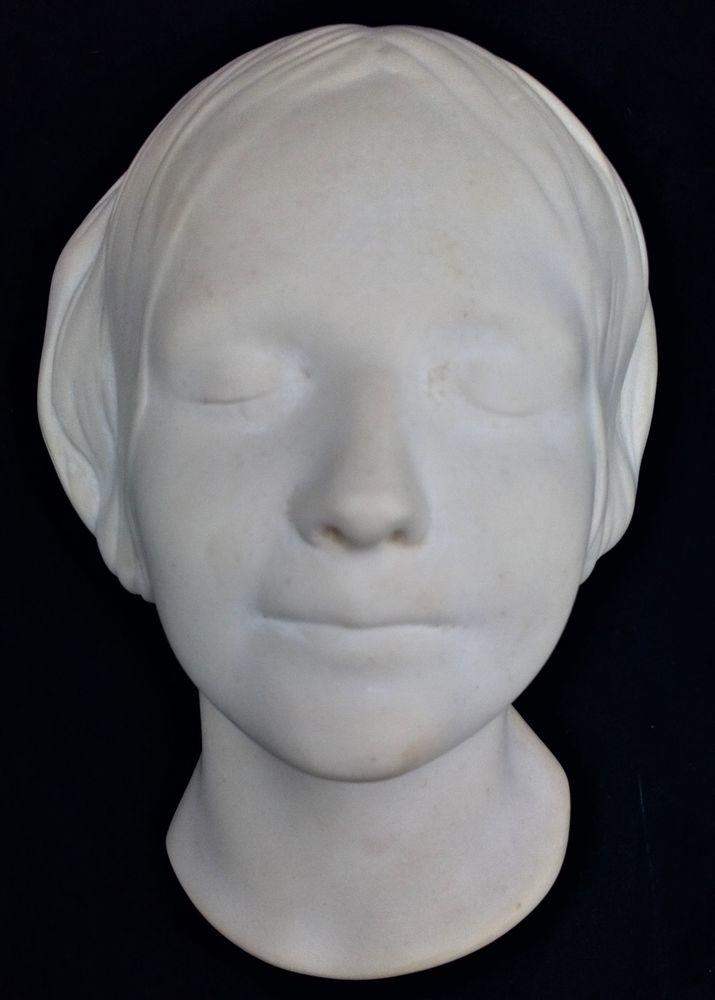 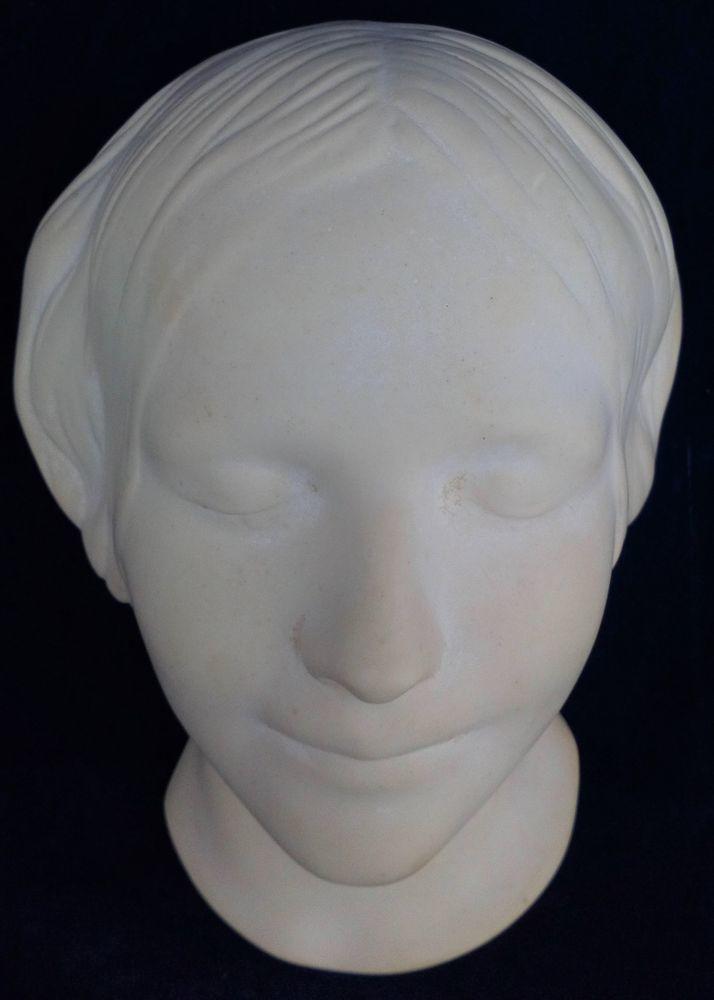 An interesting decorative antique wall mask of L'Inconnue de la Seine (The Unknown Woman of the Seine) who was an unidentified young woman whose putative death mask became a popular fixture on the walls of artists' homes after 1900. Her visage inspired numerous literary works. In the United States, the mask is also known as "La Belle Italienne".

According to an often-repeated story, the body of the young woman was pulled out of the River Seine at the Quai du Louvre in Paris around the late 1880's. Since the body showed no signs of violence, suicide was suspected.

A pathologist at the Paris Morgue was, according to the story, so taken by her beauty that he felt compelled to make a wax plaster cast death mask of her face. It has been questioned whether the expression of the face could belong to a drowned person. According to other accounts, the mask was taken from the daughter of a mask manufacturer in Germany. The identity of the girl was never discovered.

In the following years, numerous copies were produced. The copies quickly became a fashionable morbid fixture in Parisian Bohemian society. Albert Camus and others compared her enigmatic smile to that of the Mona Lisa, inviting numerous speculations as to what clues the eerily happy expression in her face could offer about her life, her death, and her place in society.

This particular small sized version is low fired earthenware with embossed lettering on the back top of the head  Stephen Red?  nachbildung verboten,  copying forbidden, so presumably this model is German in origin.

In the late 1950's the face of the unknown woman was used for the head of the first aid mannequin Resusci Anne. It was created by Peter Safar and Asmund Laerdal in 1958 and was used starting in 1960 numerous CPR courses.  Therefore, the face has-been called by some "the most kissed face" of all time!

Item condition: good antique condition, although there is a repair to to back top around the suspension loop. This is still a very decorative and sought after item for any collector .