The base has the mark for the artist 'Jinzan' 仁山 below the Shimazu ( 島津 ) family crest or mon of a cross with a circle. 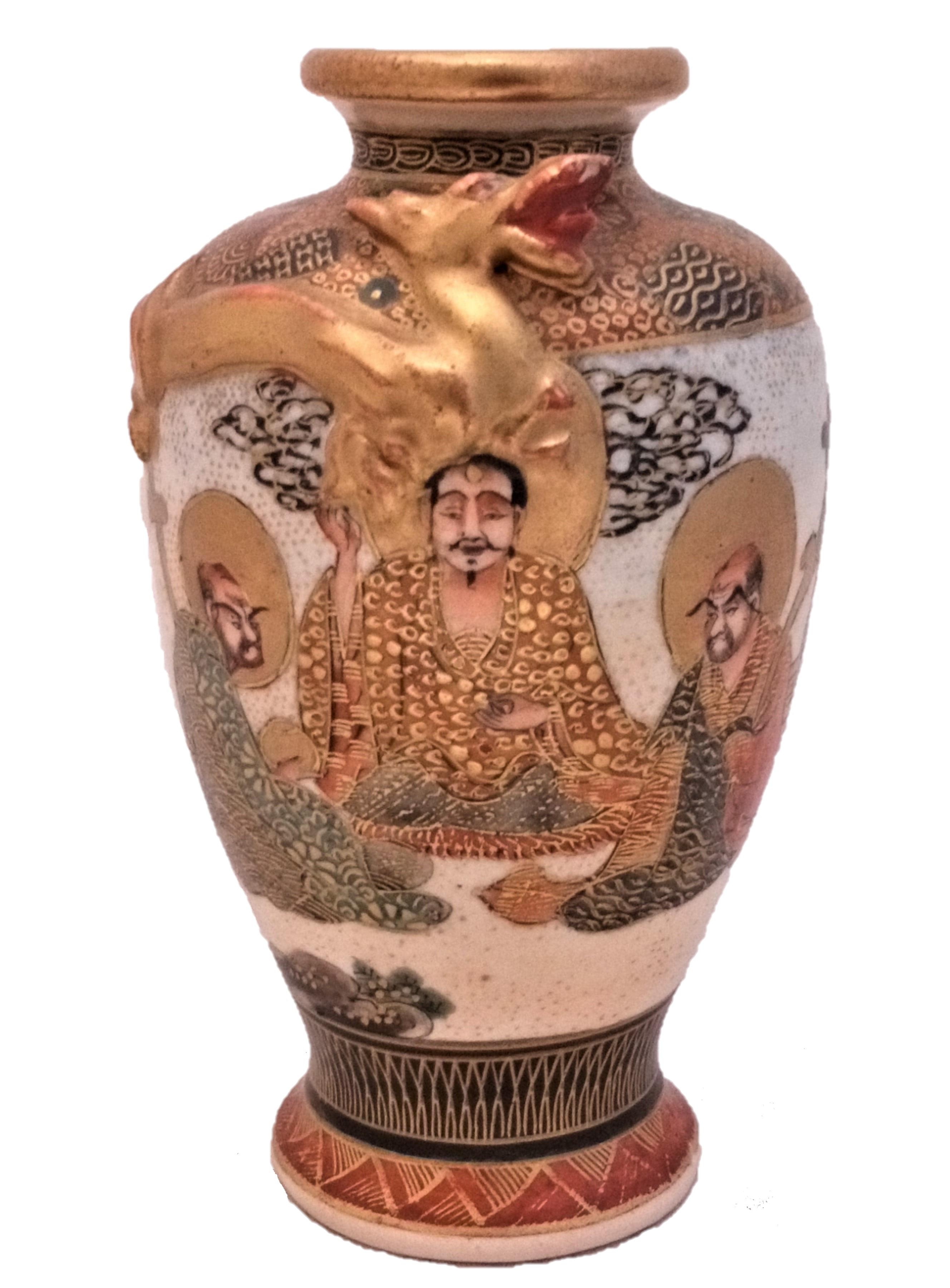