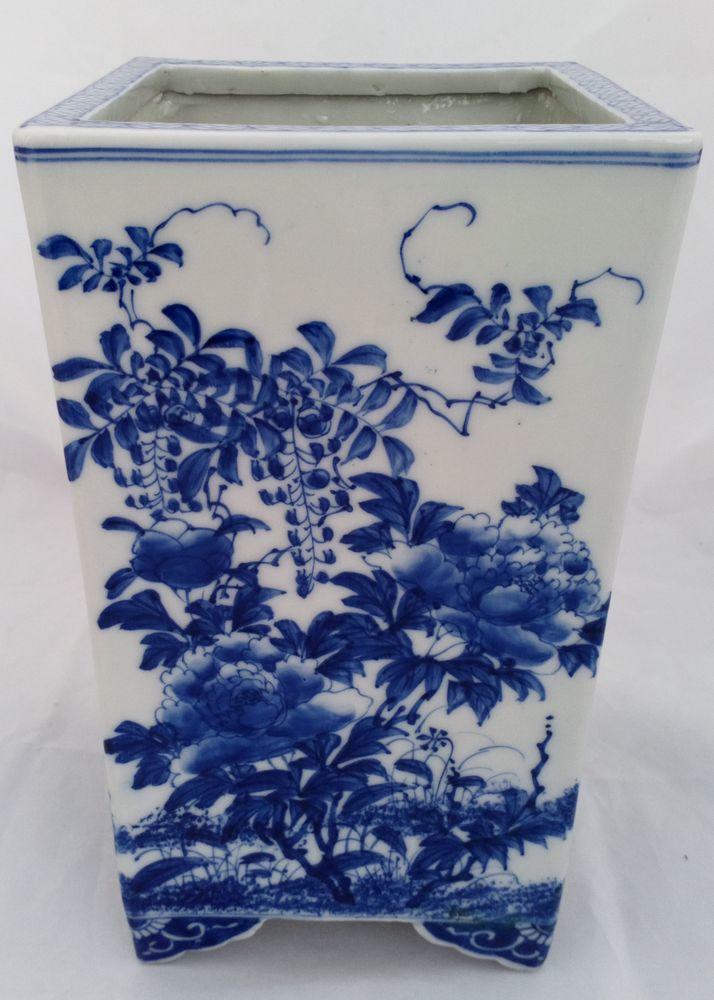 A beautiful antique Japanese hand painted Sometsuke (painted in blue and white) tall porcelain square shaped planter, cache pot or jardiniere. It is of a very stylish form which consists of a tapering square shape sat on four fan shaped bracket feet which are painted with stylised Chrysanthemum and scrolling tendrils.  It is made of a thick walled porcelain with a wide flat topped rim painted with what looks like the Buddhist symbol for cash. The base has a central drainage hole.

It has been beautifully hand painted in under glaze blue with an all over design featuring flowers, foliage and grasses with a different scene on each face, including Prunus, Wisteria, Peonies and Chrysanthemum.

The vase is unmarked but it dates from around 1890 during the Meiji period which lasted from 1868 until 1912. It was was made in Seto  瀬戸  in the Aichi prefecture of the Tokai region of Honshu, Japan.