Parian porcelain is the perfect medium for painting and gilding. Just take a close look and the decoration on this exquisite vase.  The beautiful quality polychrome enamel painting of a Greek or Roman family scene stands out perfectly from the pure white background of the parian. The surrounding  gilding is rich and luscious.

Thomas Battam Junior the Art Director of WT Copeland is one of the people credited with it's invention. He was also the founder and President of the Crystal Palace Art Union that in 1865, the year after his death, became the Ceramic and Crystal Palace Art Union. The C & CP Art Union are credited as being the makers of this wonderful vase. Art Unions were a clever way of selling more expensive art to the masses.

Art unions were organisations first created in the early part of the 19th century to function as patrons of art. The members would pay a small annual subscription. The union would spend the subscriptions on works of contemporary art, which were distributed among its members by means of a lottery.

This beautiful vase will have been one of the lottery prizes 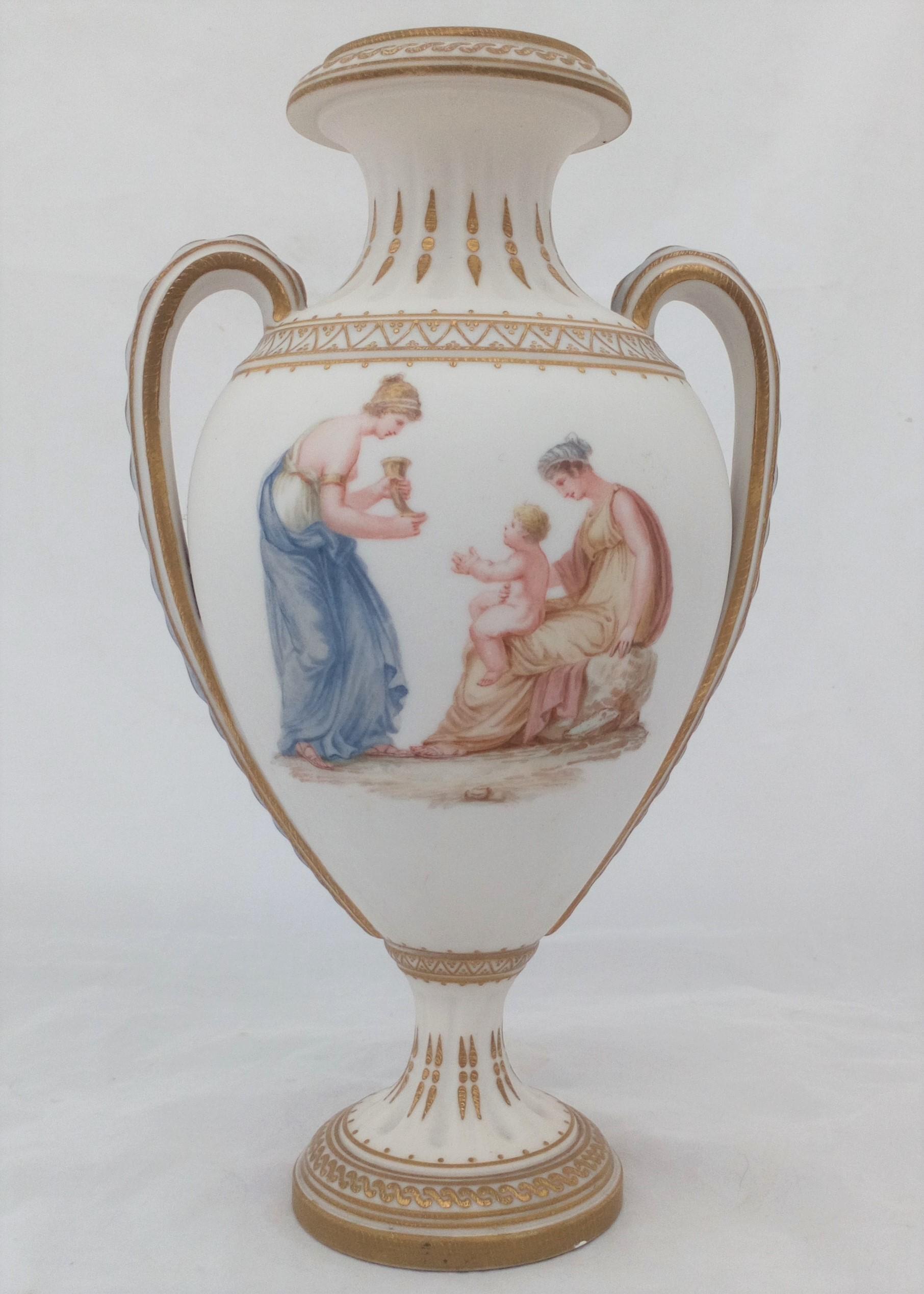