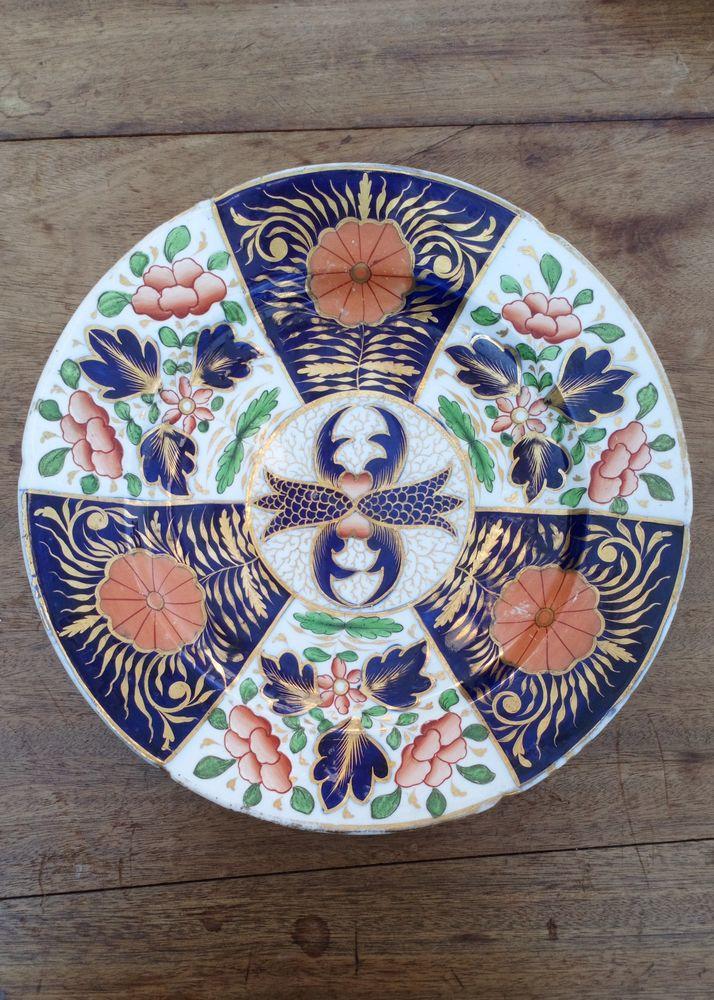 The plates are decorated in poly-chrome enamel in an Imari palette and style, there are six equal sized panels around  a central floral design of what was probably meant by the designer to be a flower with two opening leaves. However, this design does resemble a crab's "claw" or pincer, hence the name.

Of the six panels, three have an under glaze blue ground with a central iron red chrysanthemum flower. The three other panels each have the same design of three under glaze blue leaves and three iron red flowers and green leaves all with copious gilding.