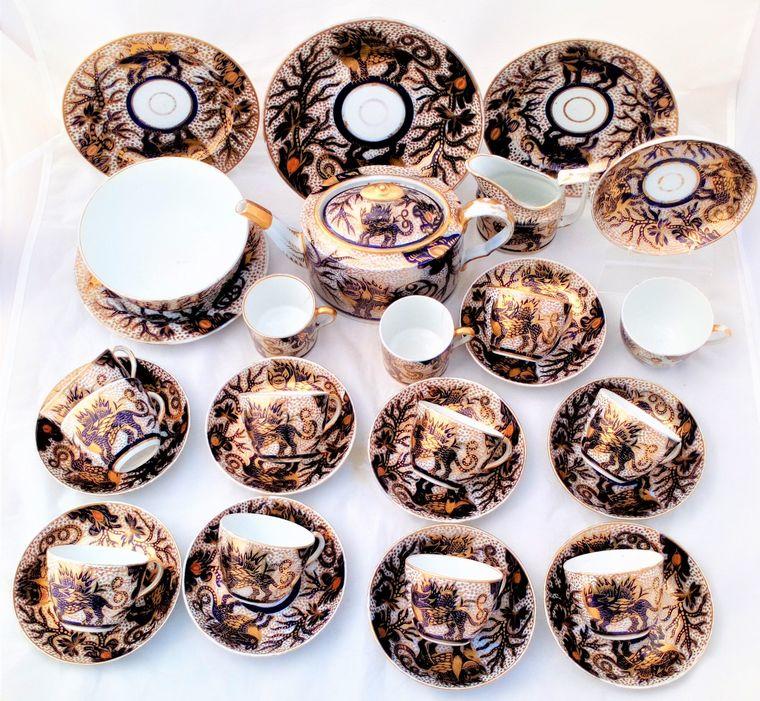 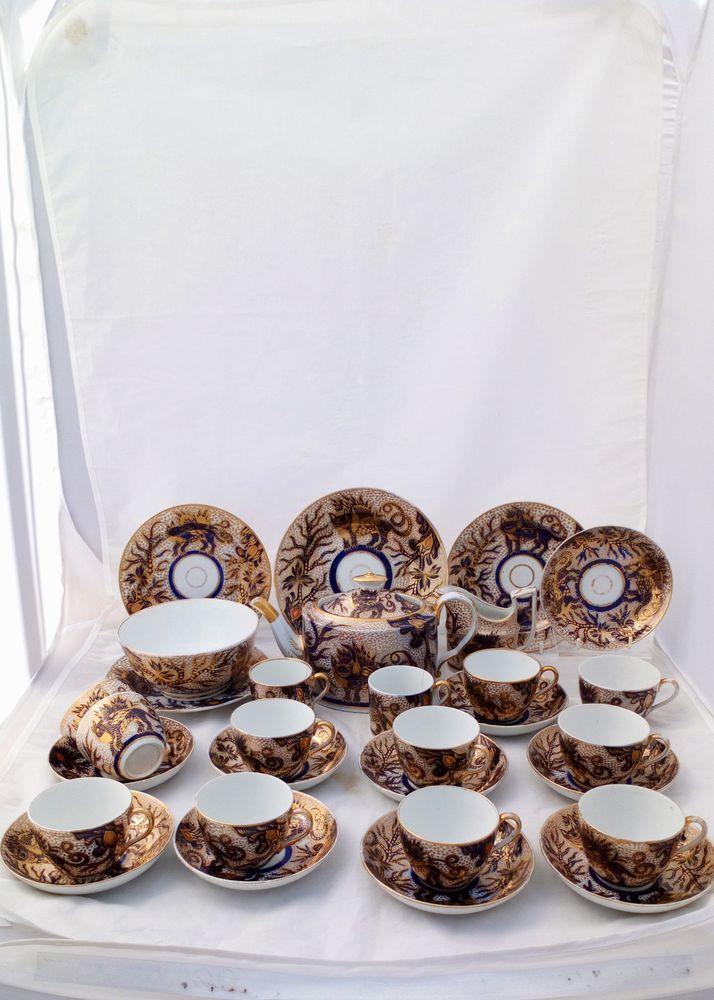 A rare antique blue dragon pattern tea set by Thomas Rose Coalport, in hybrid hard paste porcelain in the old oval shape, with Bute shaped cups and saucers, dating from around 1805. This service has no makers mark although some items have the pattern number 352 in gilding underneath. George III was the monarch on the throne at the time this tea set was made at the start of the nineteenth century.

All items are decorated with a very unusual under-glaze blue and gilded winged dragon pattern with iron red highlights. The larger items have two dragons in different poses, one that appears to be running and roaring with a long heart shaped tongue, the other looking directly out and looks to be smiling, although the original designer probably meant them to scary. They both have long curling pointed tails and spiky wings that look not unlike a stegosaurus. There is a root and tree pattern with copious numbers of gilded leaves on very thin iron red branches.

Thomas Rose, the younger brother of John Rose, established a china works at Coalport in 1800, in partnership with William Reynolds. In 1803 William Reynolds died and was replaced in the partnership by Robert Anstice and William Horton. Their wares are sometimes referred to as Anstice, Horton and Rose.

The wares of this short lived factory were made of a hybrid hard-paste porcelain which had minor differences in the moulding of shapes and applied decoration and are very hard to separate of those of, his elder brother, John Rose. In fourteen years of production Thomas Rose and Co produced at least 1419 different pattern numbers, plus the unnumbered blue-and-white designs. The Anstice Works were taken over by the John Rose company in 1814 and the two factories were united.

The set weighs a total 4.95 kg unpacked and is in good antique condition.There is some rubbing to the gilding on some items. Some minor fritting commensurate with this body. The edge of  the cover of the teapot has a rivet repaired chip. The slop basin has a crack to the rim, two of the smaller plates have cracks one has been rivet repaired. One saucer has a rivet repair and five have hairlines, Five tea cups have cracks as do the two coffee cans.

They make great display items and will be of interest to any collector of antique porcelain, dragon themed items, Thomas Rose Coalport or hybrid hard paste collectors. If you would like to see more images please message us.

Plate 620 page 104 of A Directory of British Teapots, by Michael Berthoud and Richard Maskell.

Plate 375 page 63 of A Cabinet of British Creamers, by Michael Berthoud.

Plate 193 page 33 of A Compendium of British Cups, by Michael Berthoud. 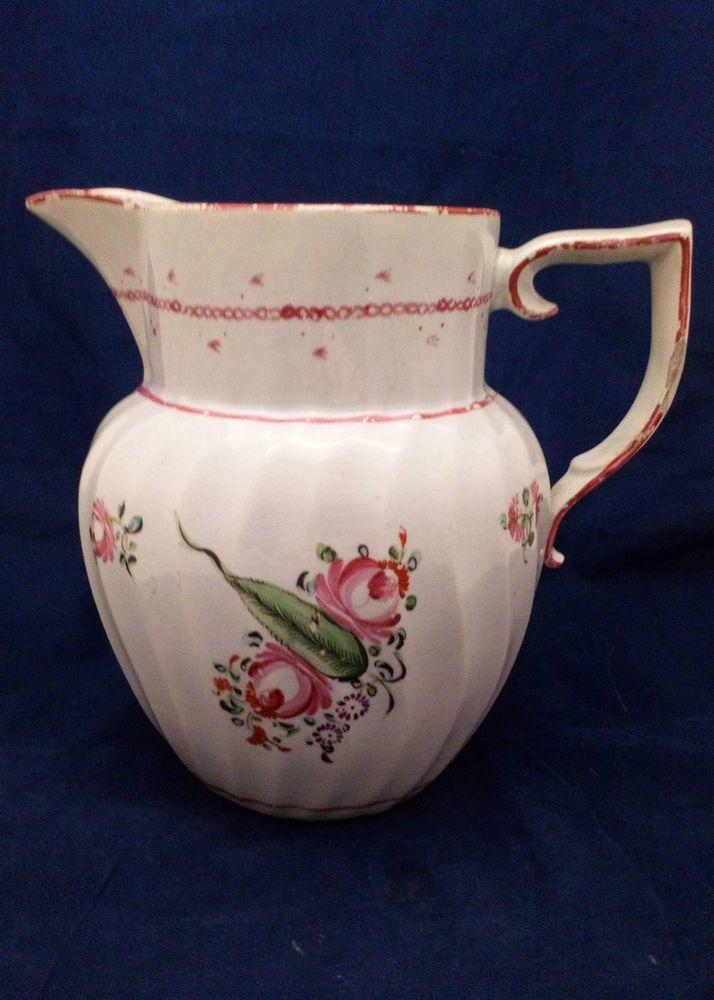 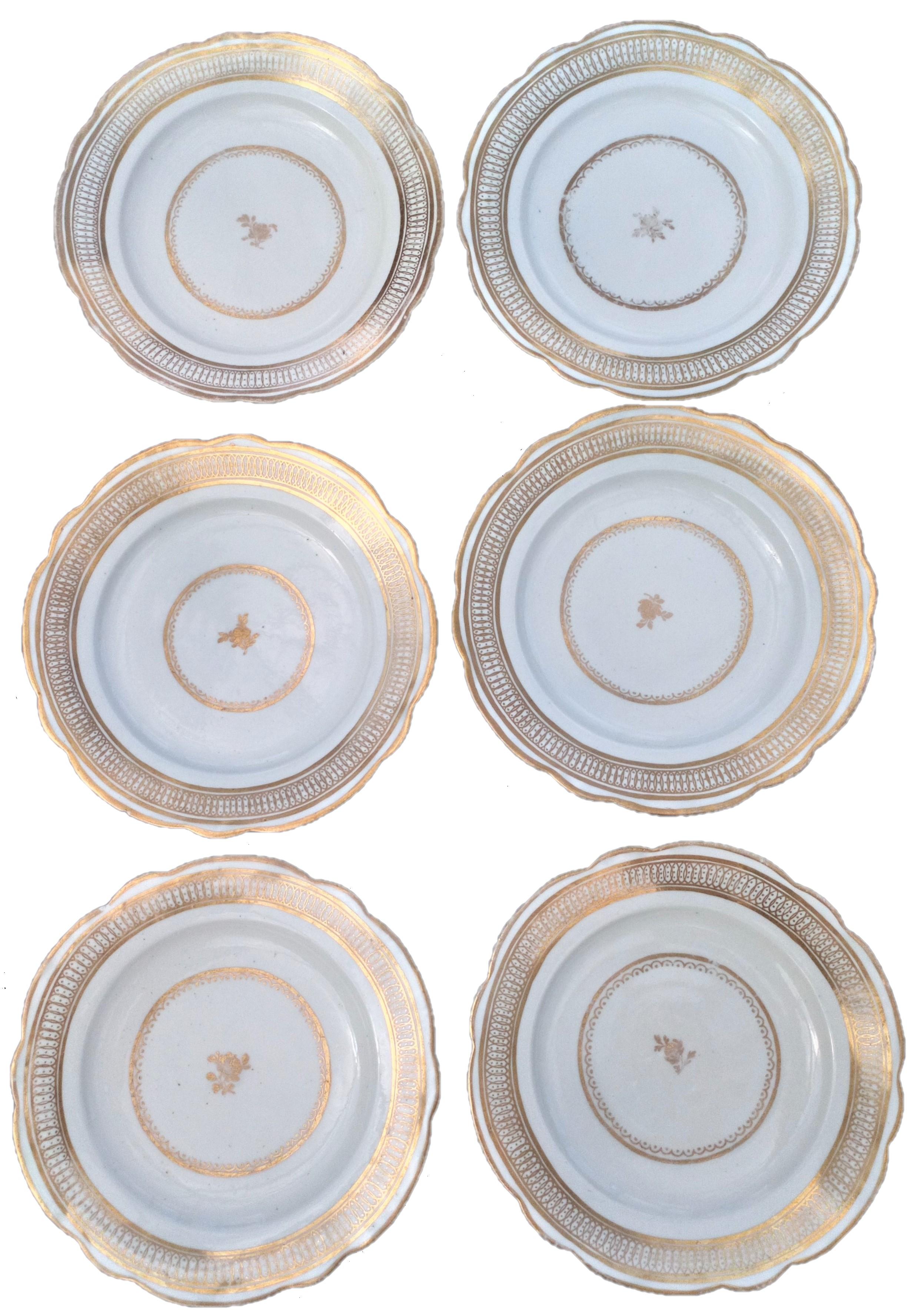 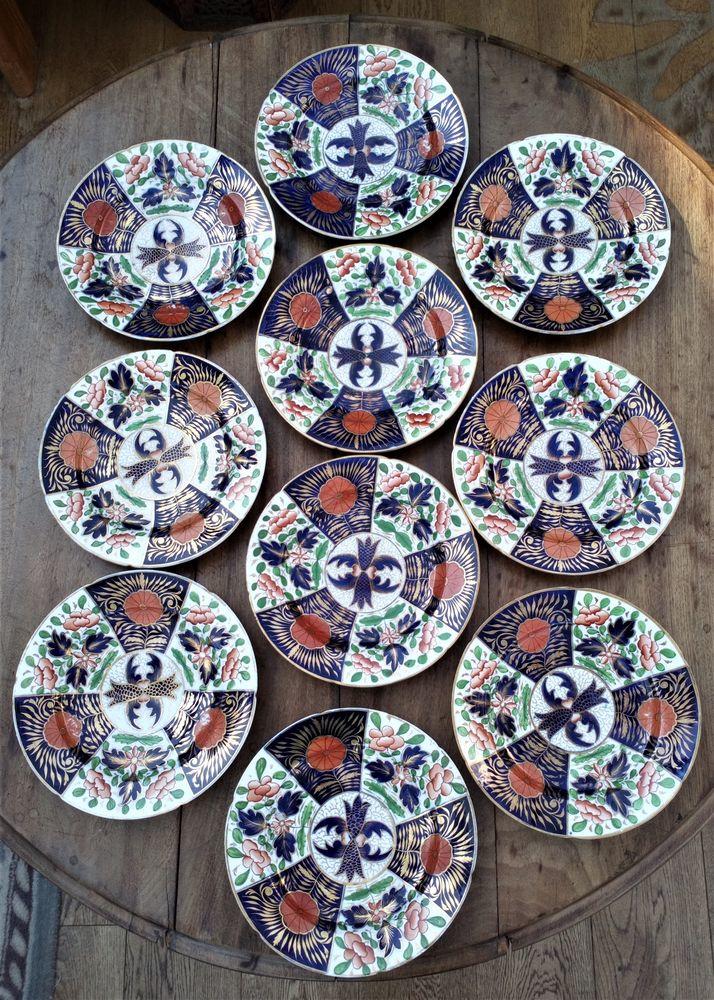 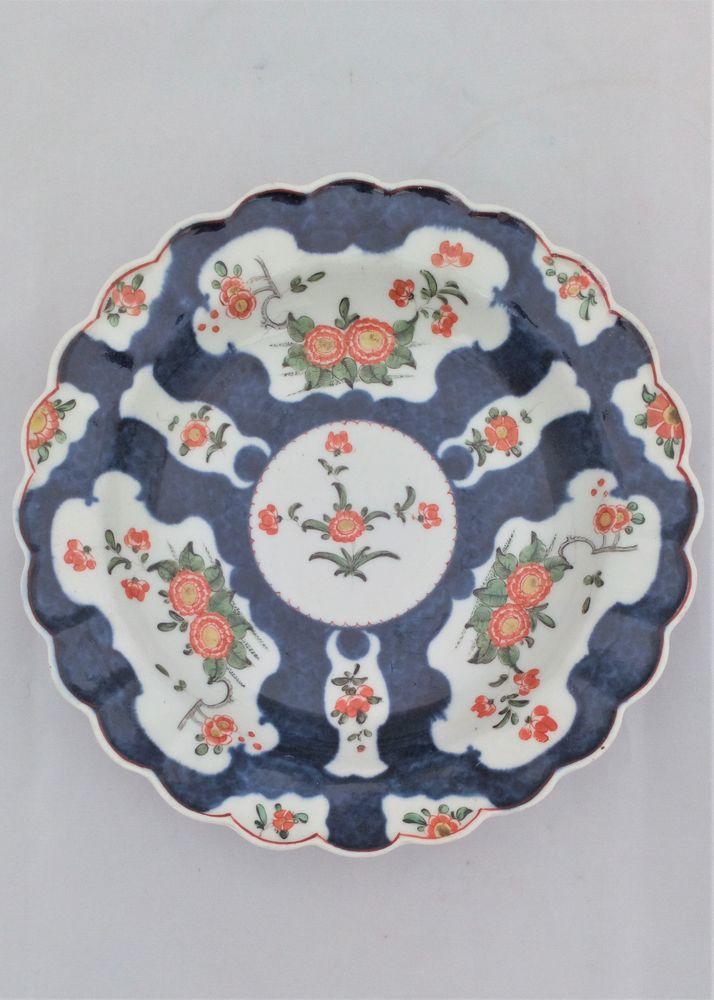