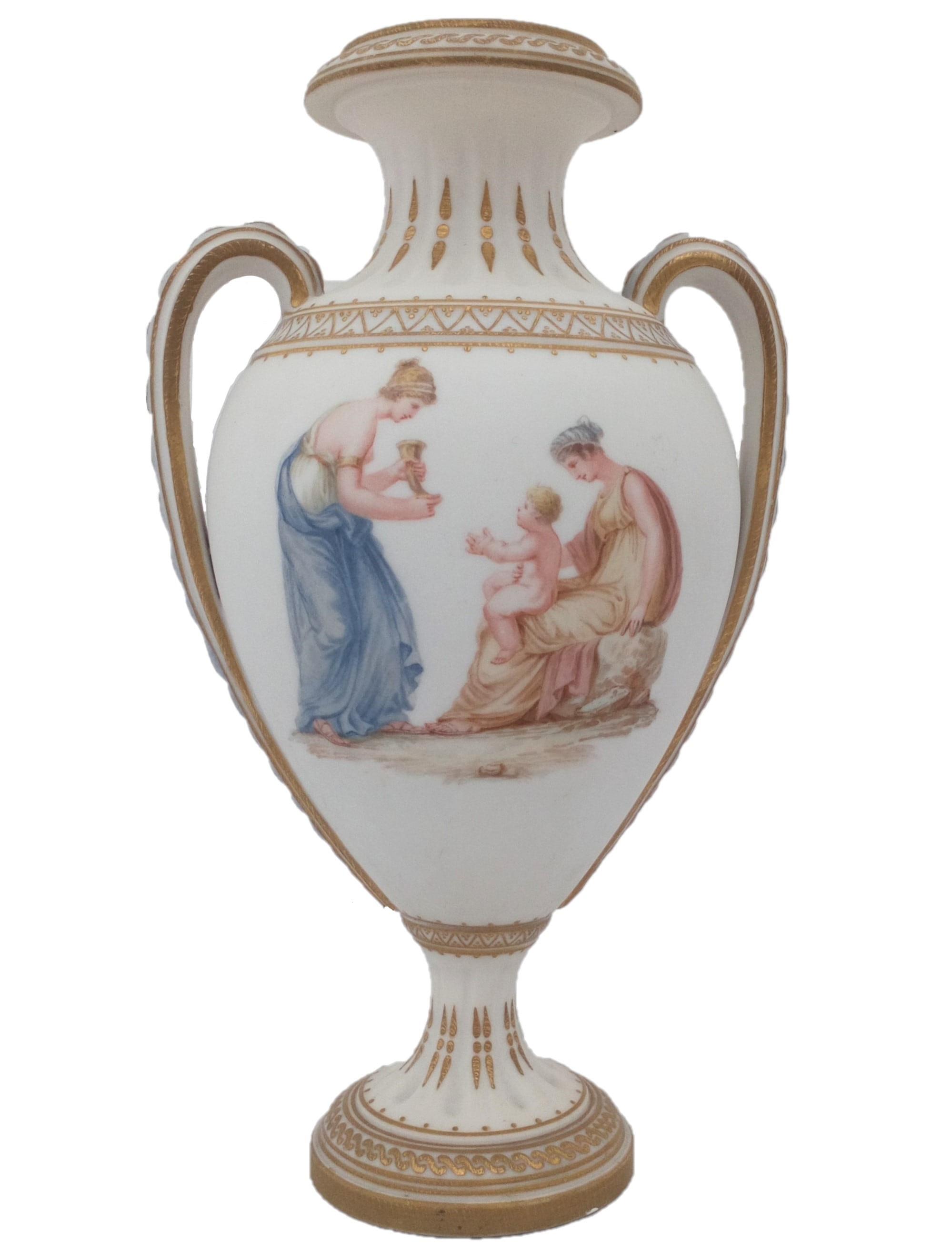 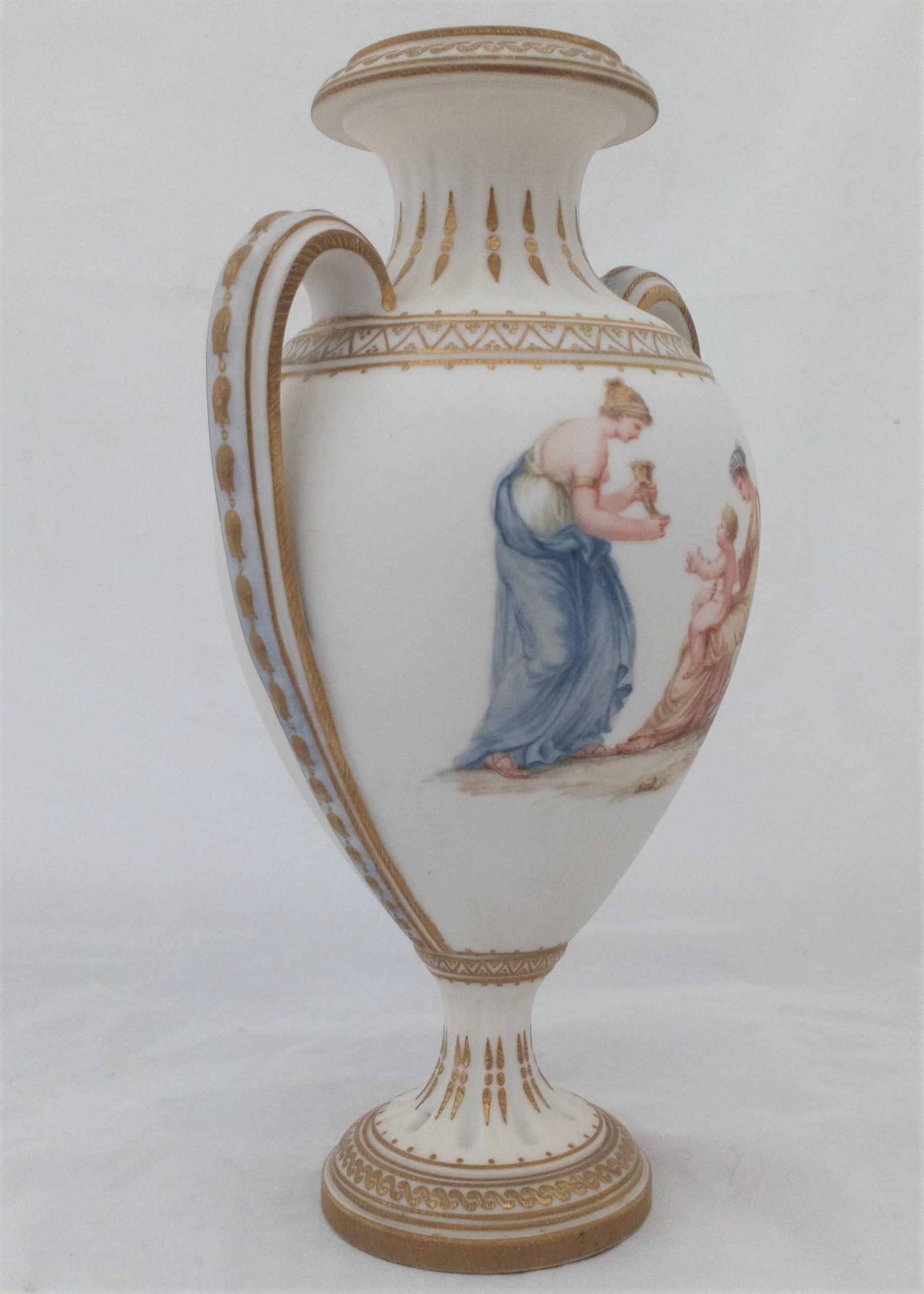 An exquisitely painted and gilded, highly decorative English parian or bisque porcelain vase, decorated with a hand painted Greco-Roman scene in the Etruscan style of the Victorian period, dating from the mid 19th century around 1865.

This beautifully painted and high quality vase has a seated woman in Greek or Roman robes with a naked child sat on her knee. Another similarly dressed woman with an upper arm bangle is standing in front of them and offering a drinking horn to the child. The quality and detail of the painting particularly the folds in the clothing and toning to the skin is outstanding. This scene is possibly that from the greek legend of Fabulae showing Adrasteia and Ide feeding the infant Zeus from the cornucopia of Amalthea.

The vase is a narrow bodied high footed amphora shape with twin handles extending from the shoulder to the top of the high foot. Both the neck and the foot have vertical ribbing. The lip, shoulder and foot have bands of geometric gilded decoration. The sided of the handles have relief moulded decoration that can be described as stylised Fritillary flower heads these have been gilded on a very pale blue background.

The base has the remnants of a hand painted red enamel marks.There is a decorators initials of LS. and a retailer or makers mark that we have deciphered - C & C P Art Union which stands for the Ceramic and Crystal Palace Art Union. This Art Union was originally named the Crystal Palace Art Union and was set up in 1858 by Thomas Battam junior (1810-64) the Art Director of the well known firm of WT Copeland's of Spode Works Stoke on Trent.

Art Unions were a clever way of selling more expensive art to the masses.The Art unions of which there were a number around the country were organisations created to function as patrons of art. The members would pay a small annual subscription. The union would spend the subscriptions on works of contemporary art, which were distributed among its members by means of a lottery. This vase was most probably one of the prizes.

There appears to be an impressed name around the inside of the foot, possibly the modeller.  Some of it is indistinct, the legible part appears to be ?  Co - T Hunter 1001. A number of different manufacturers supplied the Art Unions in the 19th century, notably Copeland, Mintons, Wedgwood and Worcester Porcelain. We have seen a very similar shaped vase described as Kerr and Binns of Worcester.

The vase is in excellent antique condition with no damage nor restoration. There is a tiny fleck of paint on the foot from a less careful previous owner it would probably flick off but we have left it in situ.

This is a great item for any collector of antique porcelain or as a decorators piece for a period or a contemporary home.