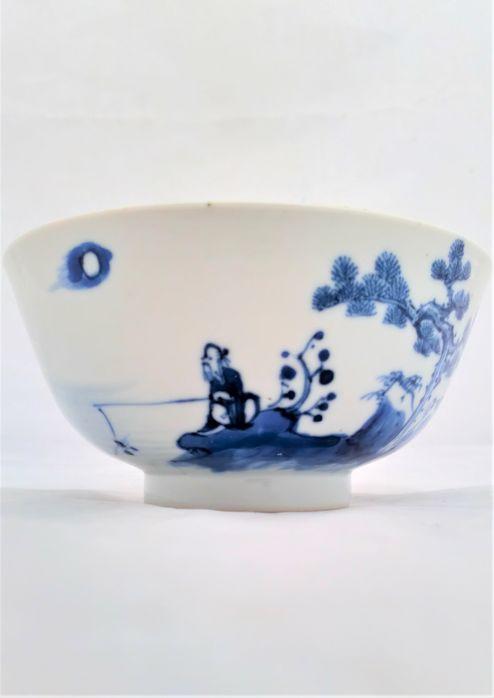 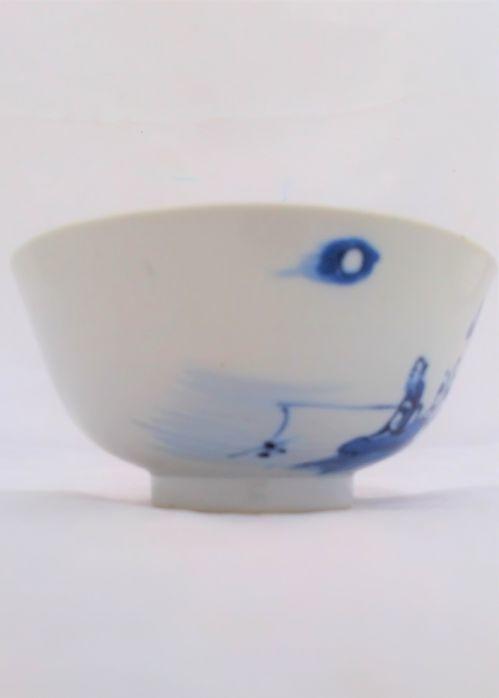 On the other side there is some hand painted calligraphy either a poem or proverb. We think the calligraphy which is as follows 渭水投竿日,岐山入梦晨 : Google translates this as 'On the day of the flooding, the mountain into the dream morning'? An alternative translation is as follows :  “The time when he was fishing at Wee Sui, and in dreaming in the Chi mountain” (where he lived).

The bowl is in a traditional round shape and style of the early 18th century, (Gōng wǎn, 宮碗) and the design often seen from the Kangxi period, although we think that this one dates to the 19th century in the Qing dynasty 清代.

The base is marked with three characters 玉大 王.  - Wanyu, which translates as Jade Trinket.

Some collectors may refer to this type of bowl as Bleu de Hue, which was a ware generally made in Jingdezhen and aimed at the Vietnamese market. Hue (Huế) is the name of the old city where the Vietnamese King resided at the time.

The bowl is in good antique condition, it has a few tiny chips around the rim, there appears to be traces of gilding around the rim most of which has been rubbed off. Despite this very minor damage it displays well and this is a most attractive item to add to any collection of antique Chinese porcelain.

Free UK and International postage with this item. 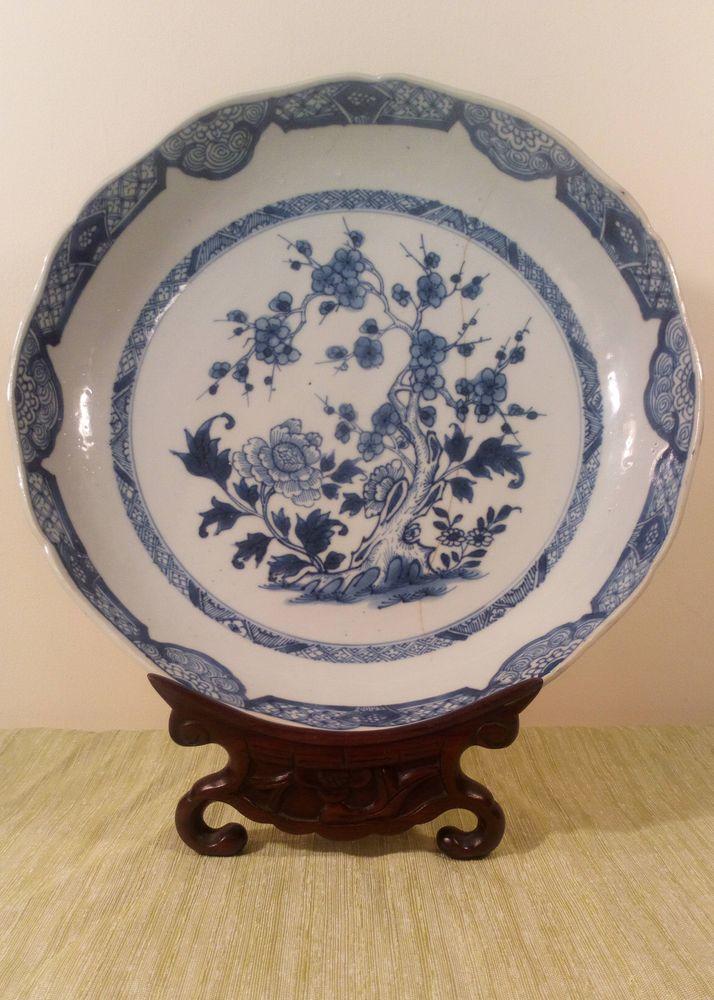 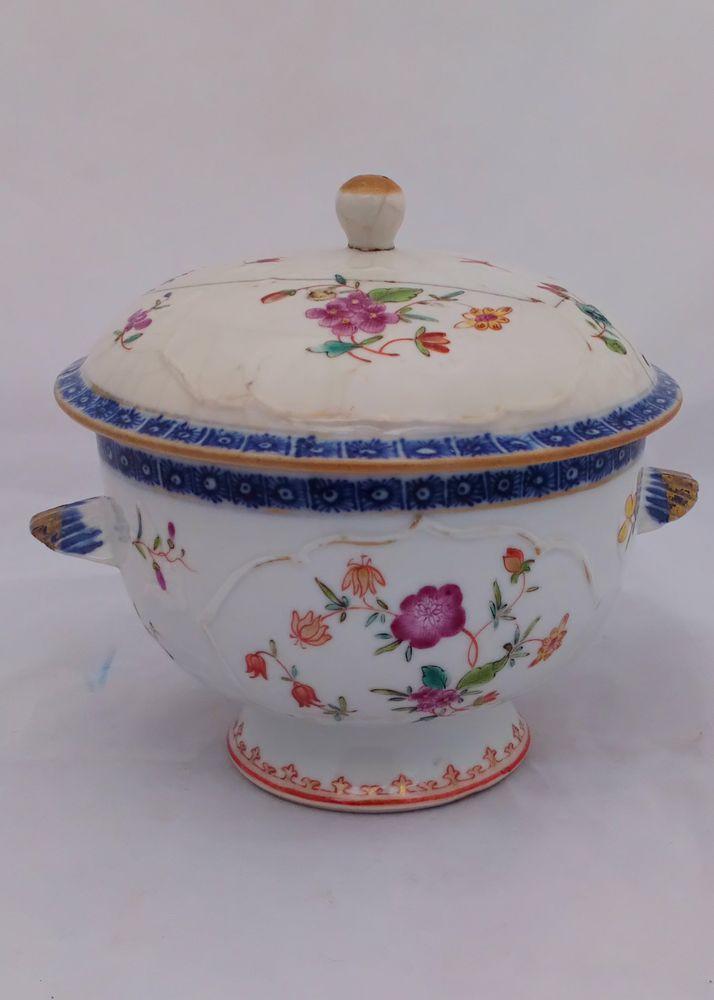 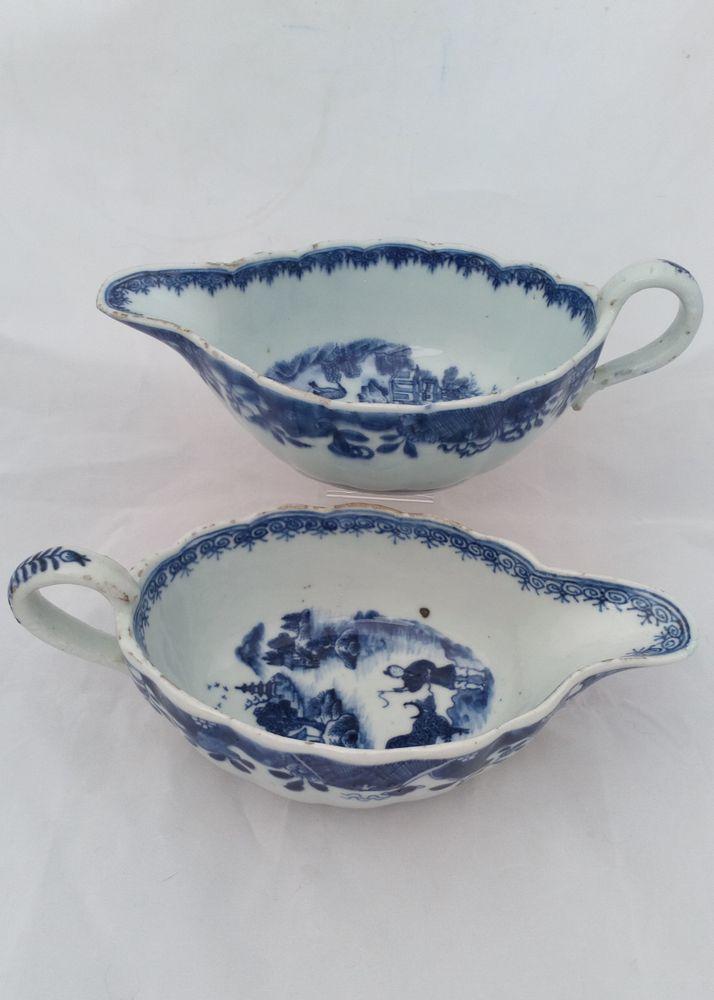 £350.00
A pair of antique Chinese export porcelain scalloped rim sauce boats hand painted with the Boy and Buffalo pattern. The inside is decorated in under-g...
View details
ADD TO BASKET 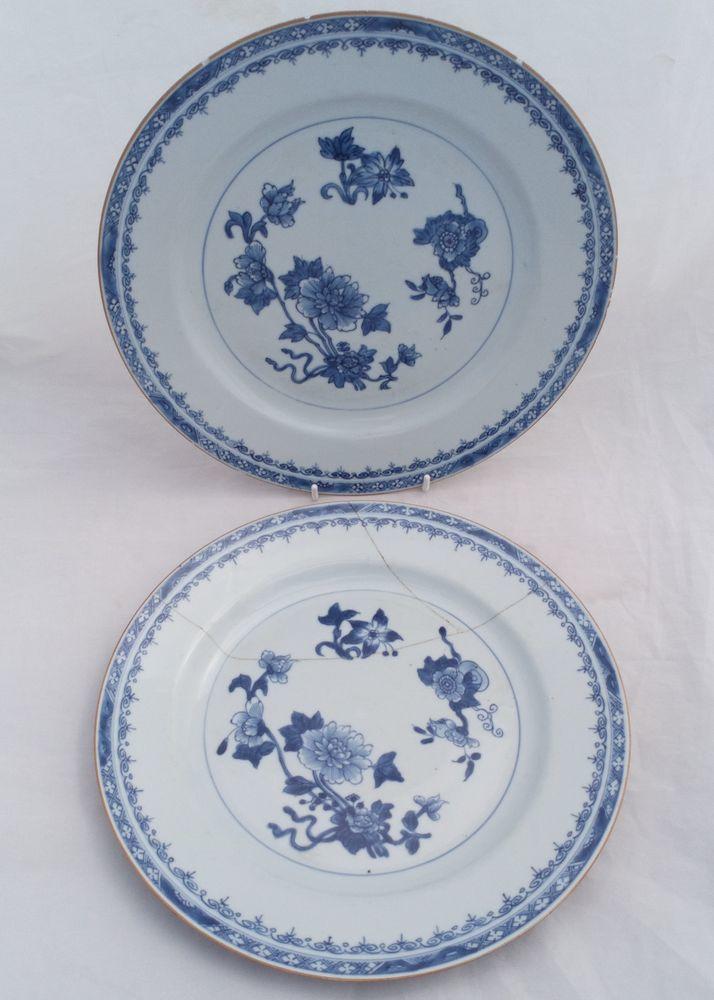 £150.00
A pair of large antique Chinese export porcelain Batavian rimmed dishes, large plates or small chargers decorated with a hand painted peonies in under...
View details
X
This website uses cookies to ensure that you get the best experience on our website. Read our privacy policy.
I accept