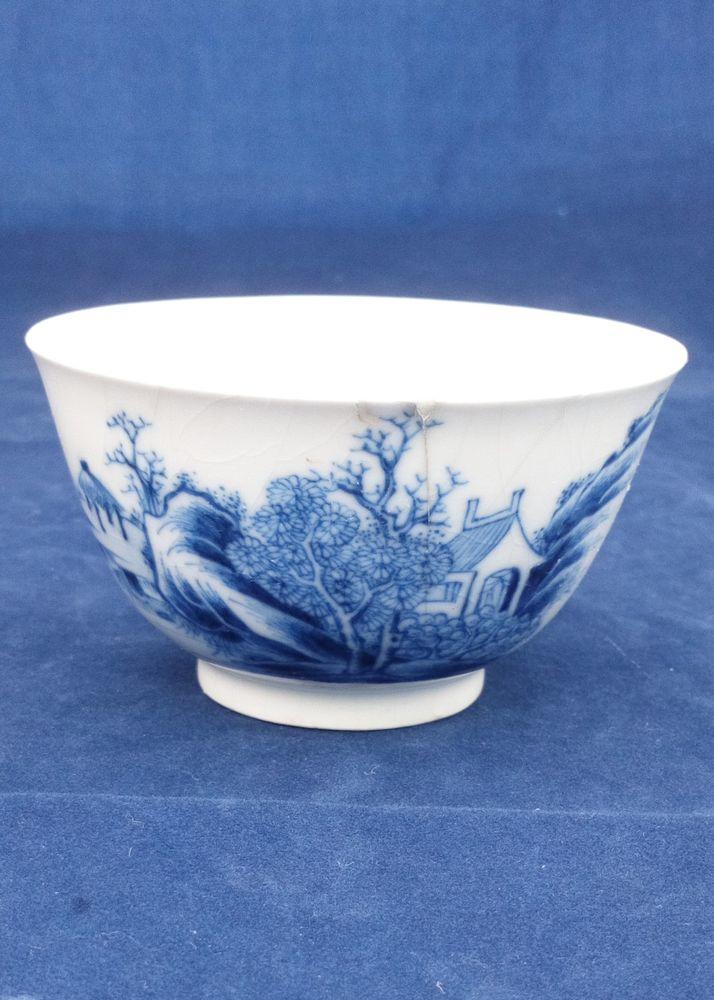 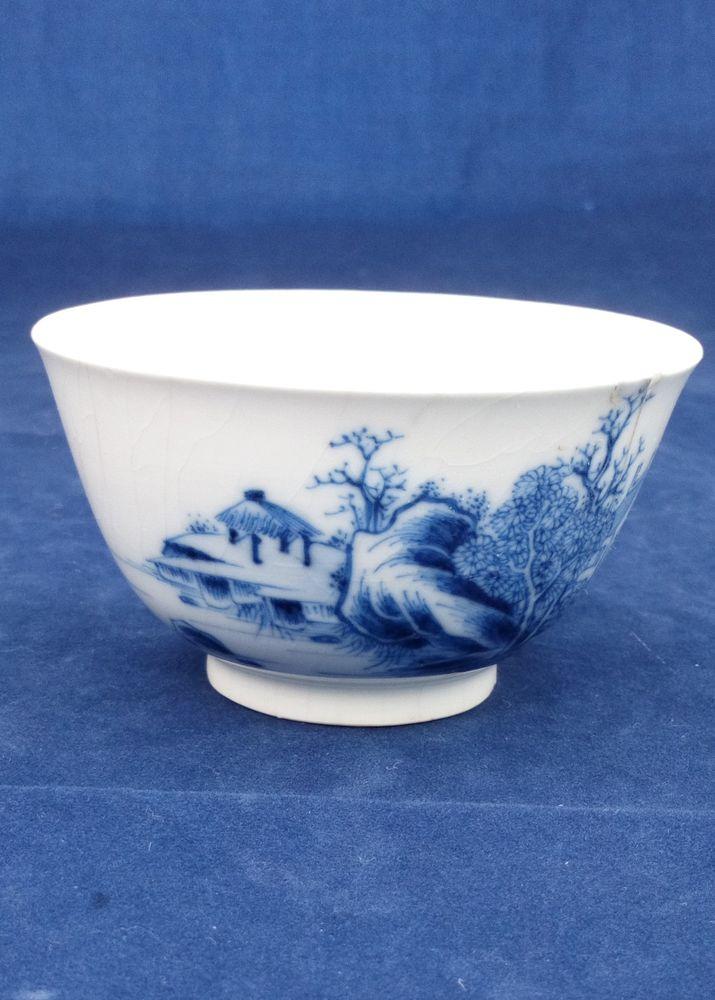 An interesting and very decorative example of antique Chinese export porcelain, a soft paste tea bowl decorated with a finely hand painted oriental river-scape pattern in under-glaze blue. The body is porcellaneous but is not translucent.

We believe that It dates to the second quarter of the eighteenth century  circa 1740 during the reign of the Emperor Qianlong 乾隆 (1736-95) the Qing dynasty 清代.

"Chinese soft-paste porcelain, which is different from European soft-paste, originated about 1700 and became popular in the second quarter of the 18th century as part of the export assortment.

Unlike ordinary porcelain, it is not translucent and often has a creamy-white appearance. The glaze is often finely crackled as a result of a difference in cooling between the glaze and the body. The latter is made of a white-firing clay, called huashi, 'slippery stone', the use of which is documented in the reports of 1712 and 1722 by the Jesuit Pere d'Entrecolles. As the clay was expensive, soft-paste pieces are usually small and thinly potted. They are also well-painted, as the body is particularly suitable for detailed drawing. Besides this 'true' soft-paste, there are pieces with an ordinary porcelain body and a coating of 'huashi' clay, which gives the same effect".

It is in good antique condition  but it has a little damage: There is a filled chip to the rim and an associated crack, there is some glaze crazing which is common on this ware. Despite this minor damage or imperfections it displays well and this is a most attractive item to add to a collection of blue and white hand painted Chinese porcelain.

Free UK postage with this item, International postage at cost.