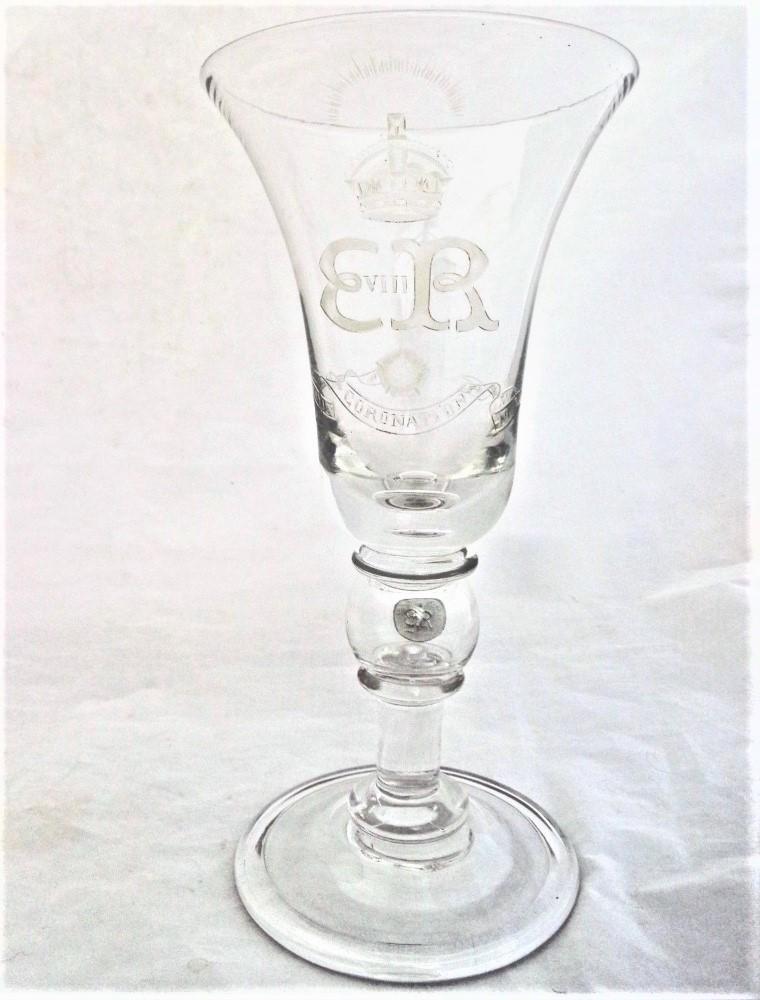 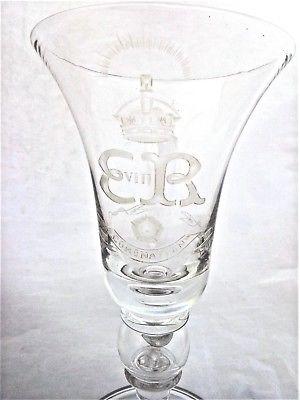 The goblet is unmarked but I have seen other examples identical to this described as by this maker. This very impressive and high quality item is made of blown clear lead glass that has been skilfully engraved with a crown above the letters E.R VIII and a Tudor rose below. The date of the coronation, May 12th 1937 features on a ribbon type banner.

The glass has a bell shaped bowl and is in the style of an 18th Century Georgian goblet. The conical foot has a folded rim and ground pontil mark. The composite stem consists of a cushioned solid cylindrical lower part and a large bold knop with air bubble inner. Within the stem is a real silver threepence type coin dated 1937 and with the head of King Edward VIII.  Edward abdicated his throne on 11th December 1936 in order to marry Wallis Simpson an American divorcee. The coin is hallmarked by Turner and Simpson of London with the year letter for 1936 - 37. This is a relatively rare item. It is a hand made object with minor tooling marks and inclusions.

A similar item to this can be found in the Corning Museum of Glass. A similar glass was made for the actual coronation of Edward's brother George VI who, of course became King when his brother abdicated before the event could take place. They kept the same date for George's coronation.

It weighs 717g unpacked and is in very good order with just some minor inclusions. The glass makes a lovely ring when tapped with the finger. This is a great glass for any collector of Royal Brierley, royal memorabilia or georgian style goblets.

If you would like to see more images of this item please message us.