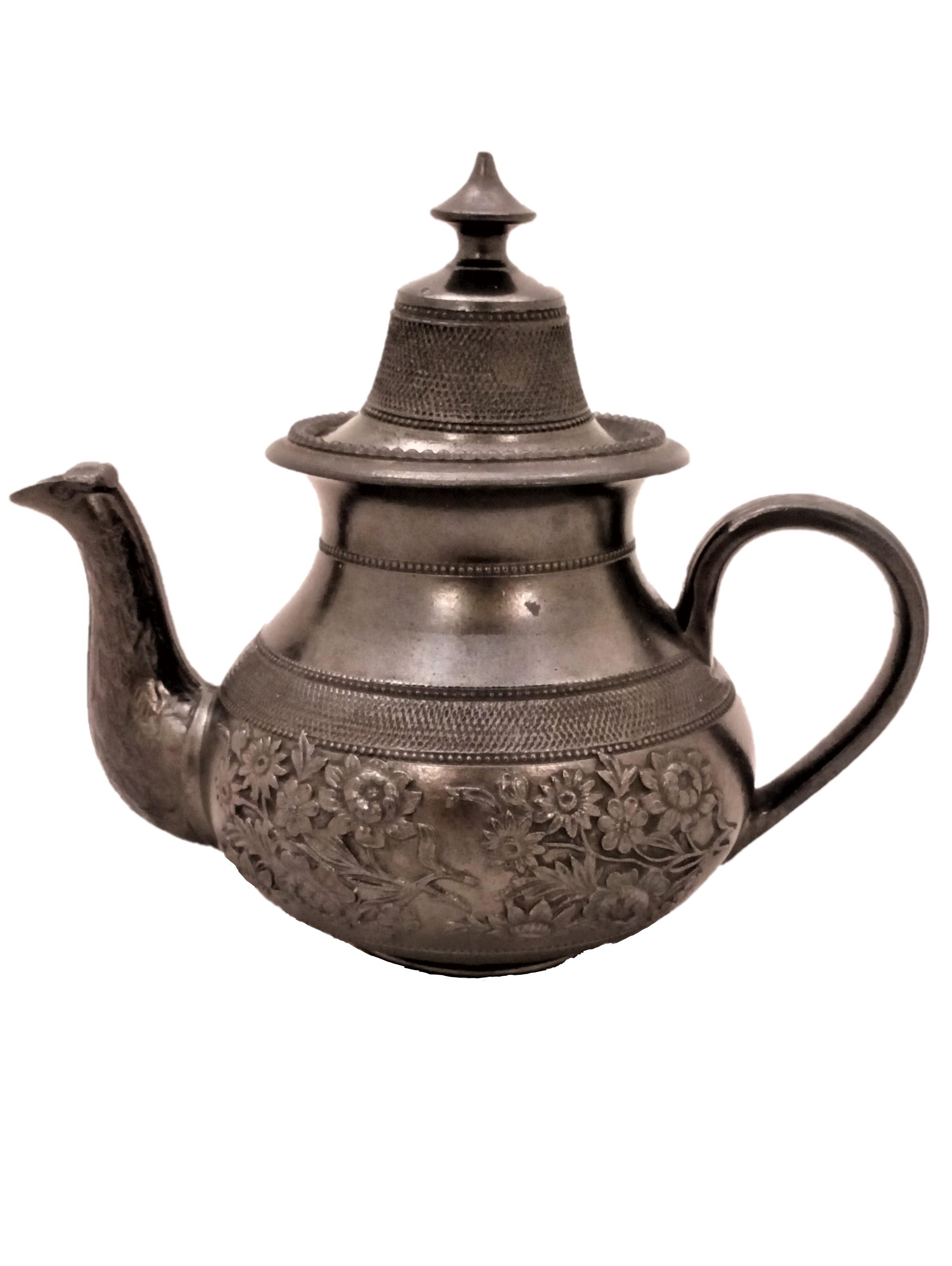 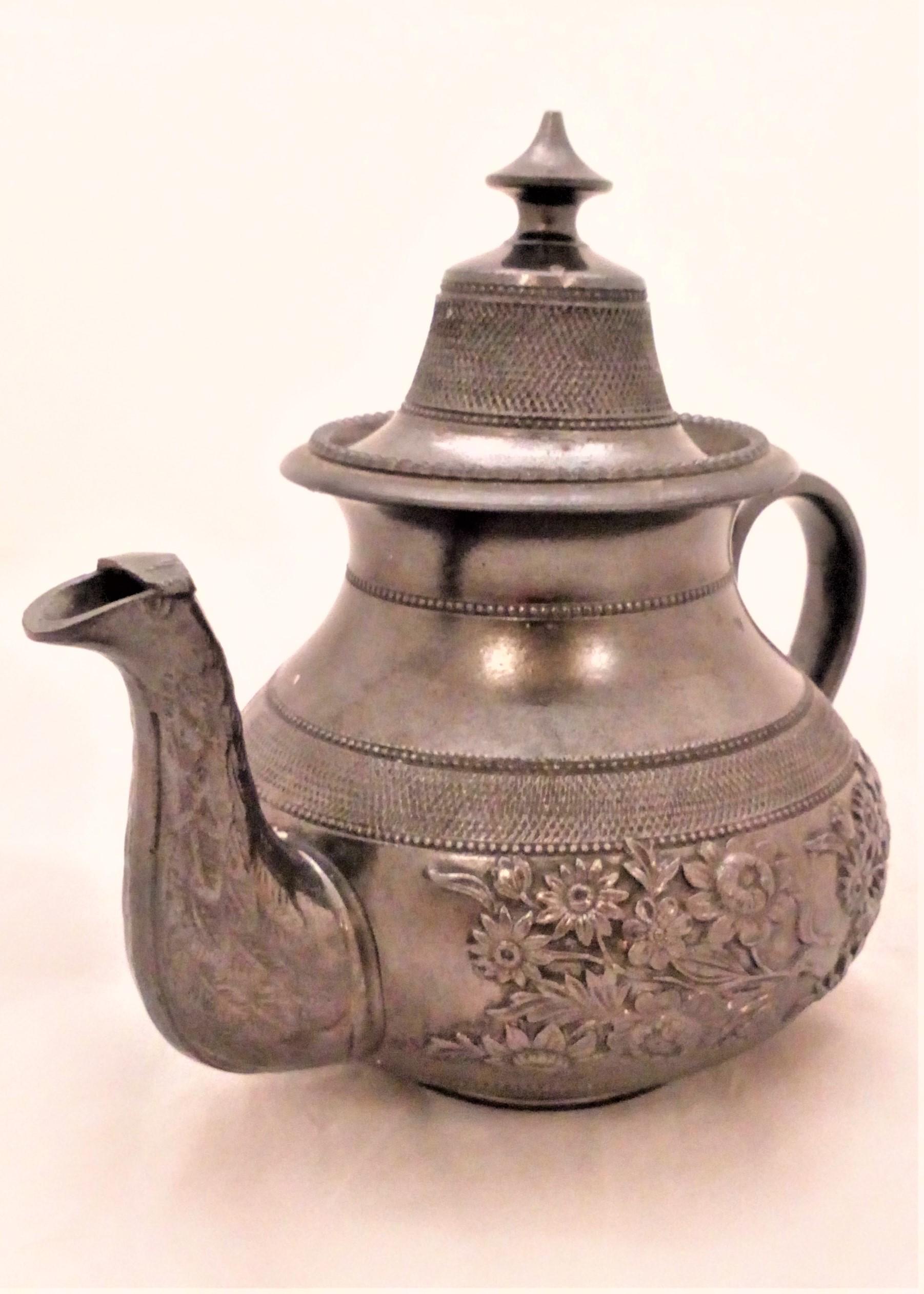 A late Georgian to William IV Egyptian black or "shining black" round baluster shaped teapot with a low pedestal base and a high domed lid. The tea pot has been engine turned and then sprigged with a band of embossed flowers and a beaded rim. The spout is moulded with feathers with the top made to look like a birds head. The plain loop handle has been ribbed and there is a round seven hole strainer. The high domed lid has also been engine turned and has a button spire finial.

This nice quality antique decorative small size glazed basalt tea pot is unmarked, but was produced in the early 19th century around 1830 probably in Staffordshire, possibly by the likes of Cyples or Chetham and Robinson. Some collectors attribute these to Scottish potteries, such as Caledonian and Verreville. Although we previously state that the base of the pot is unmarked, there is possibly a potters tally mark to the base of the handle.  It can be described as either a cross within a square or four inverted pyramids impressed in a square shape. We have had a quick look through Godden's encyclopedia of marks but can't see a match. It may be a workman's mark, Swansea used to do something similar.

The teapot is in good antique condition, with no cracks nor restoration, there is a tiny chip to one of the beads on the rim. There are chips to the rim of the lid and a small one the the underside of the finial. Please see the images.

A similar shaped teapot is illustrated in plate 1533, on page 256 of "A Directory of British Teapots" by Michael Berthoud and Richard Maskell. 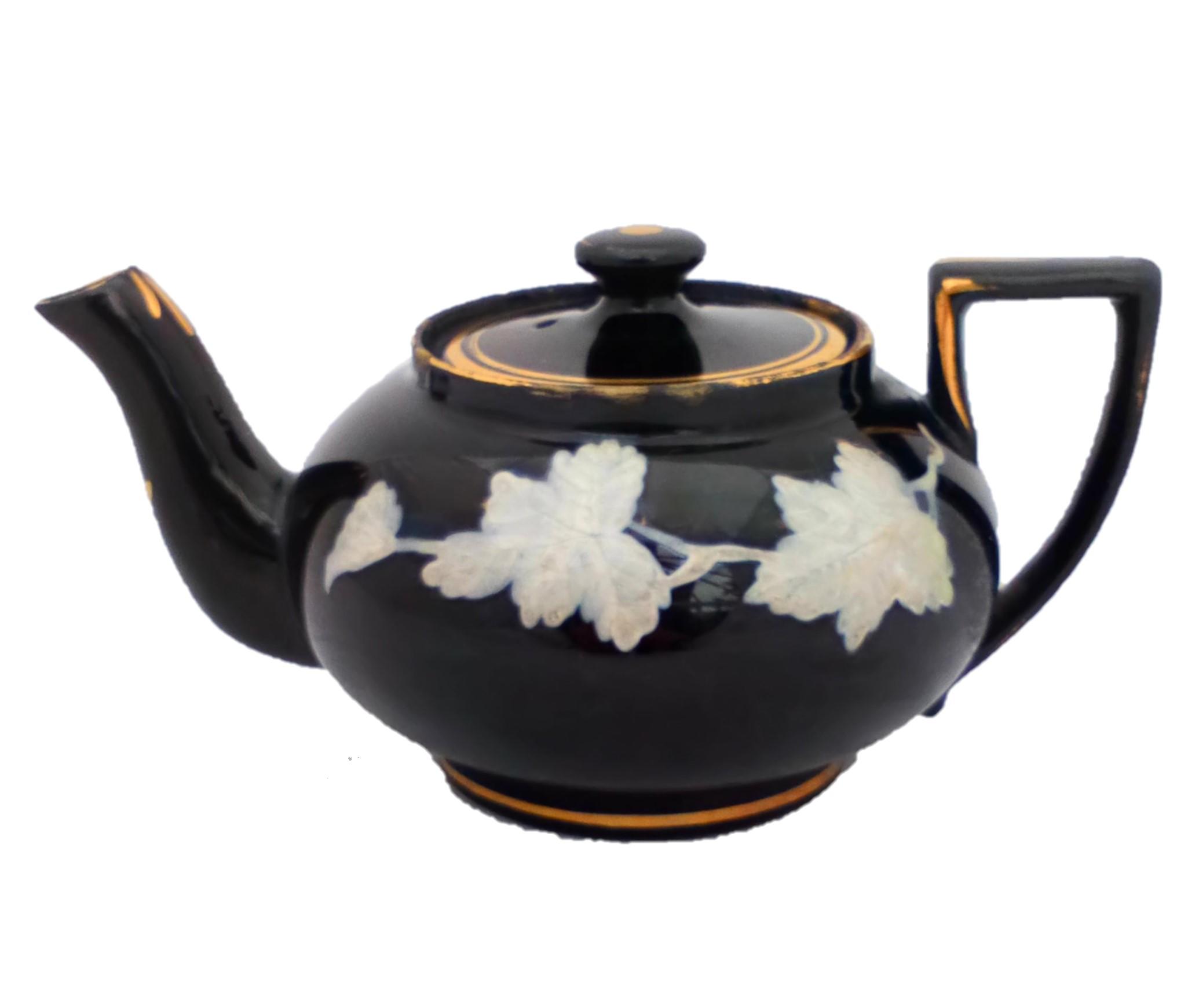 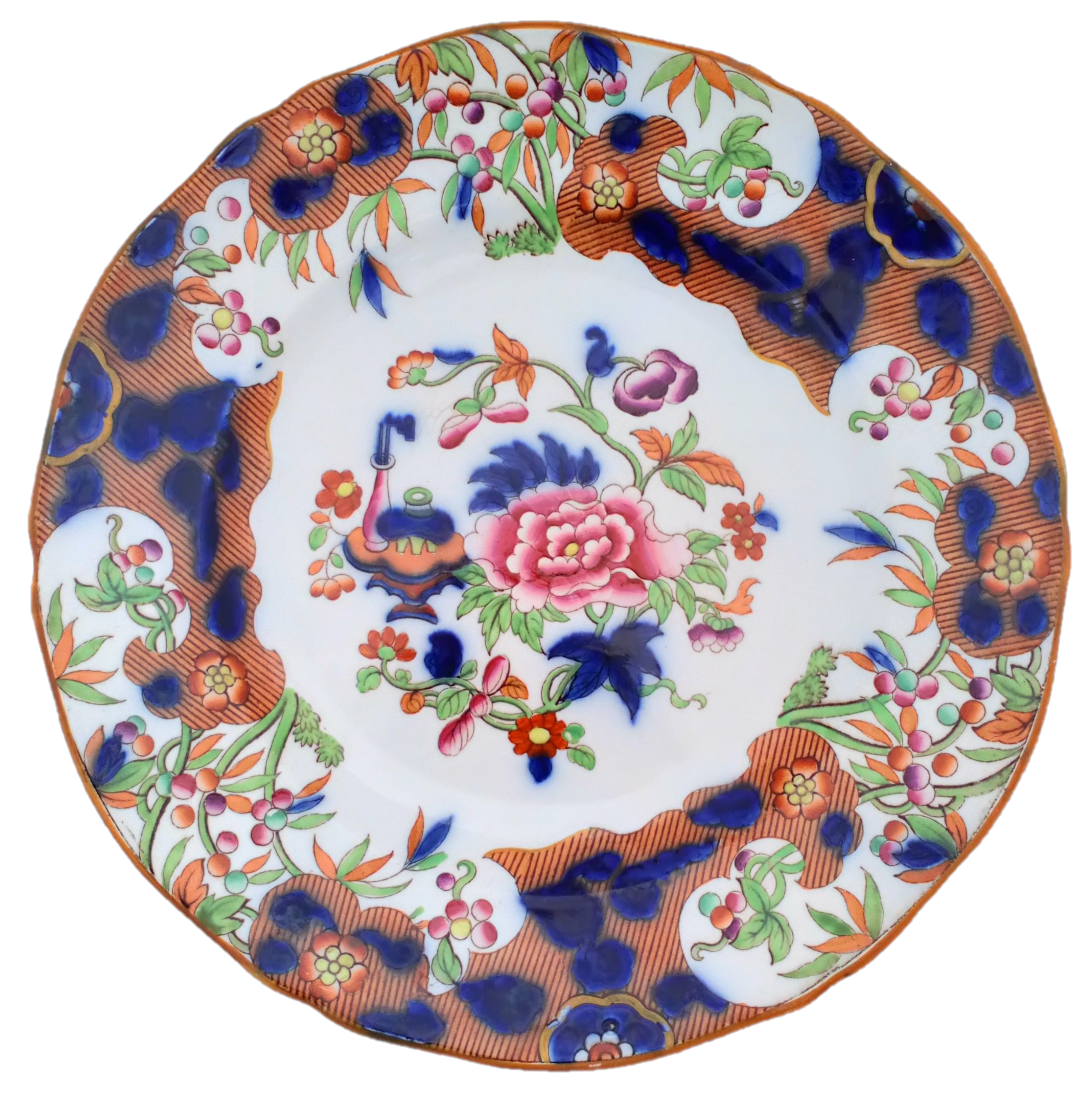 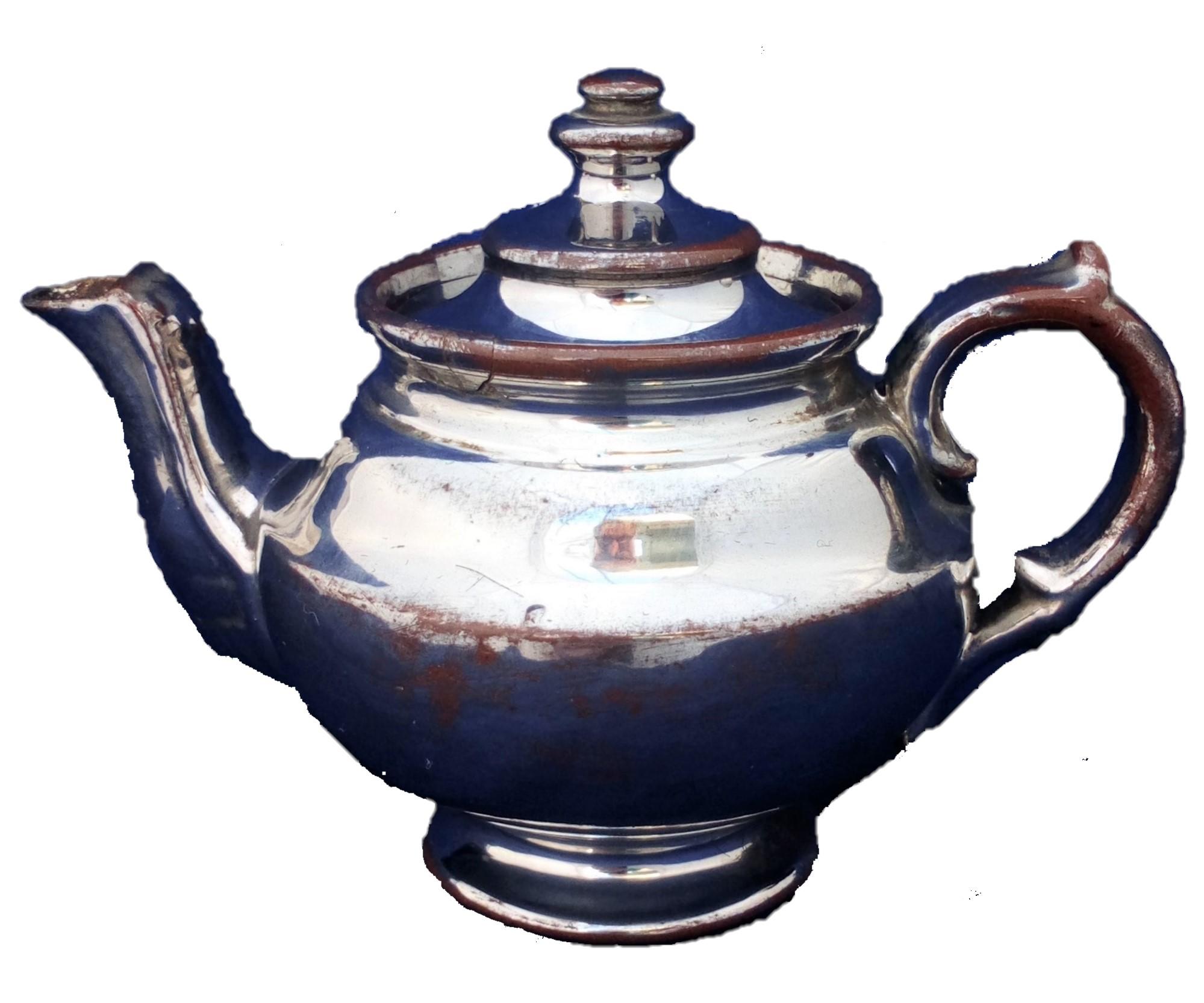