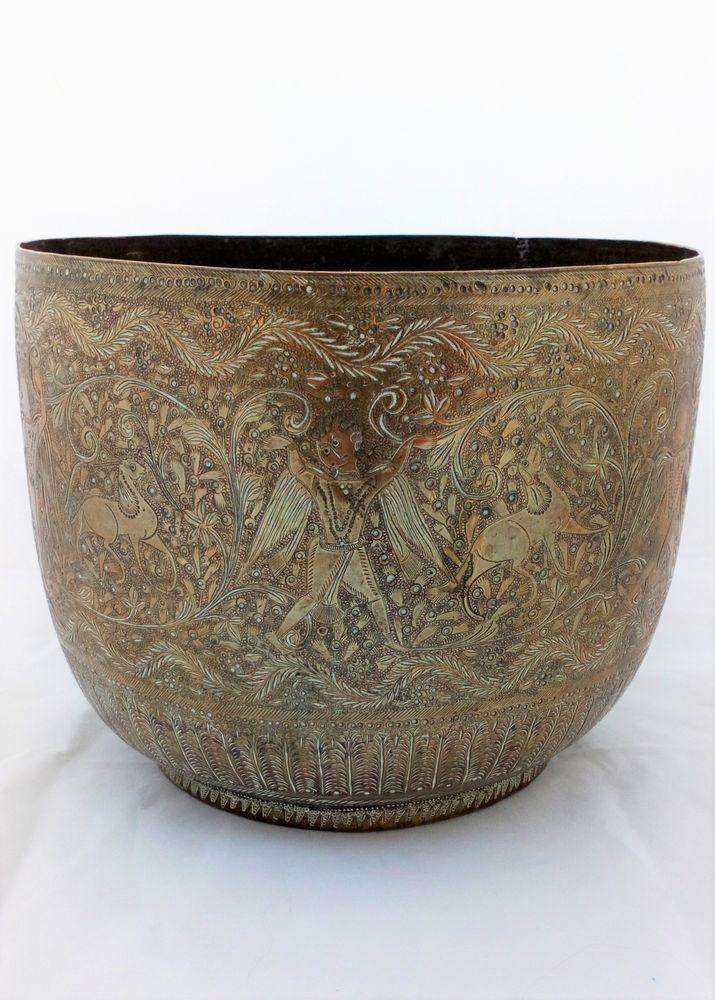 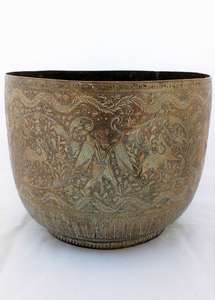 Indian brass cylindrical jardiniere with a very attractive and intricate chased or engraved decorated design featuring scrolling foliage, flowers, fruit and other decorative motifs. There are six cartouches depicting a winged figure, in a variety of poses, that we think is probably the Hindu deity Garuda, who is also known as Tarkshya and Vynateya. Garuda is the vehicle mount (vahana) of the Hindu god Vishnu, In each view he is depicted with an animal, two appear to be a deer or gazelle with horns, two are dog like and the other two possibly stylised lions or foo dogs.

This highly decorative and very useful Indian brass hand crafted jardiniere, planter or plant pot, dating from the late Victorian period in the 19th century. The jardiniere is cylindrical in shape and a has a curved base to a smaller diameter foot. This type of brassware is sometimes referred to as Benares ware.

The jardiniere is 8 1/4 inches diameter and  7 inches high, it weighs 1462g unpacked and is in excellent antique unpolished and very usable condition. There are some very minor marks and very slight distortion of the cylindrical shape.