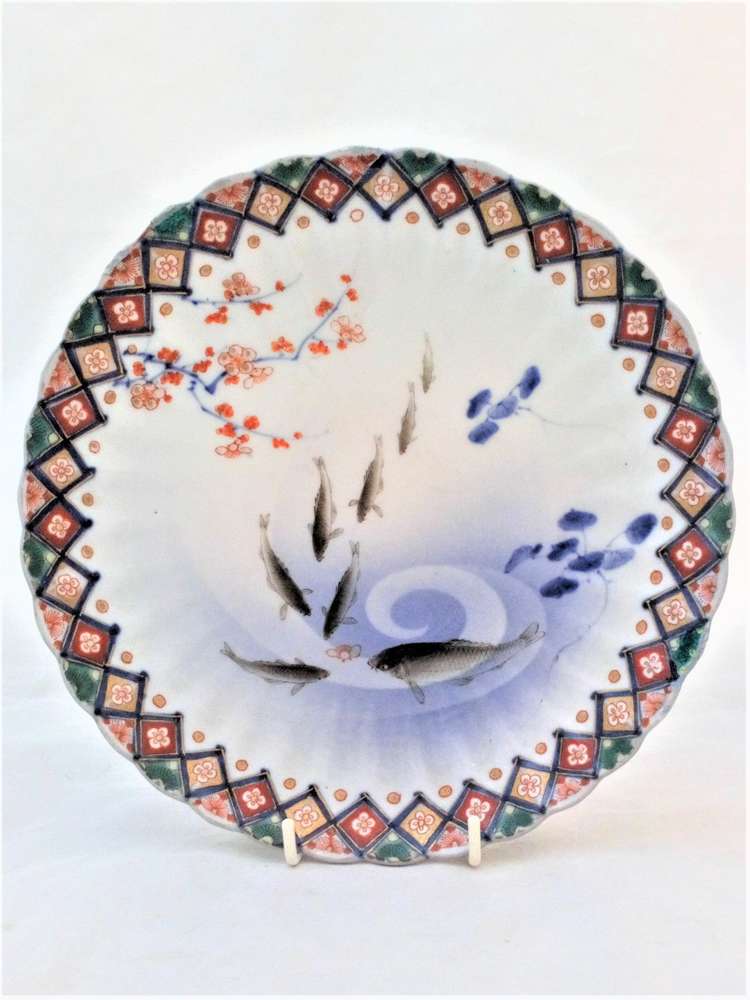 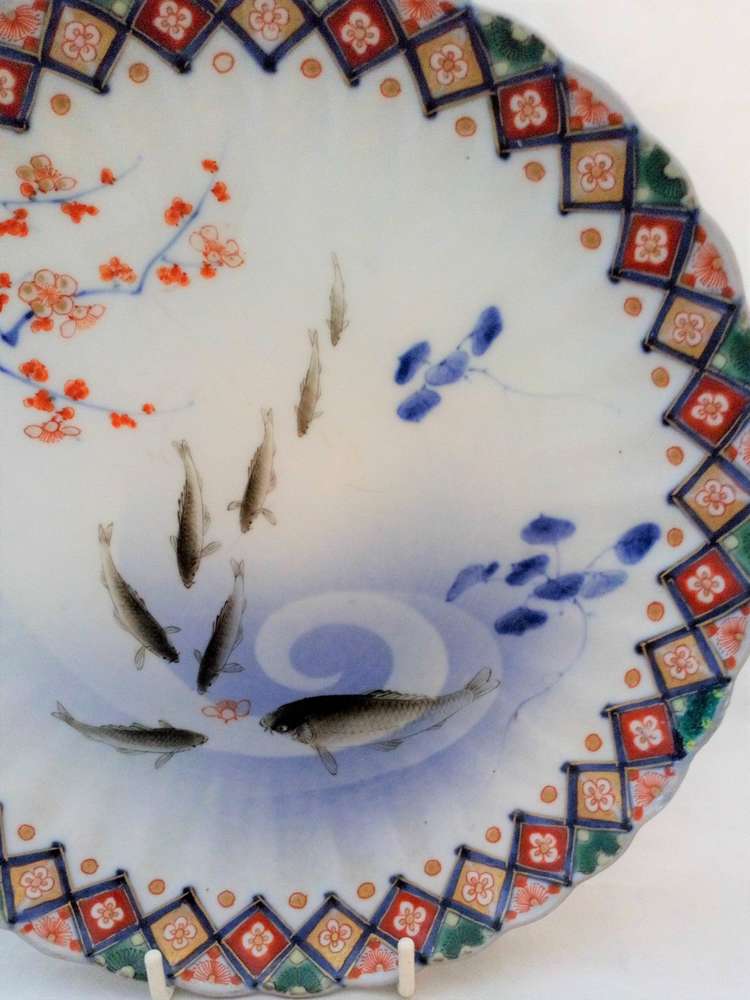 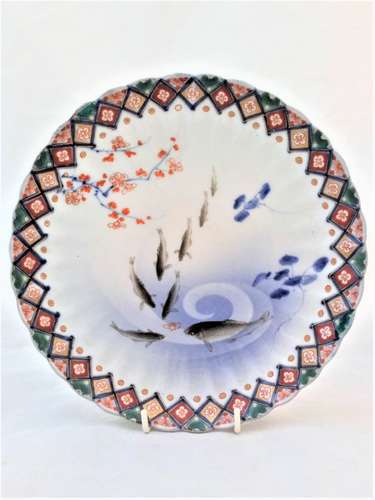 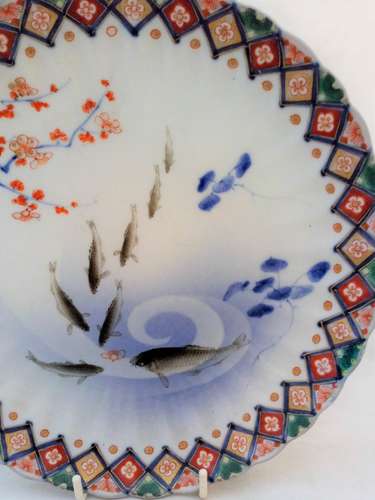 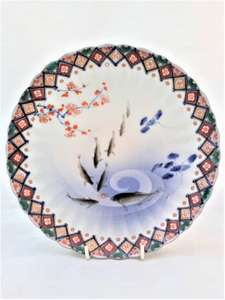 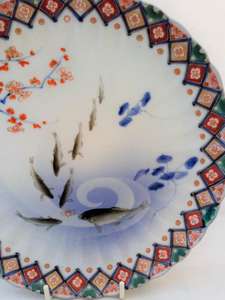 This beautifully painted plate has a school of carp investigating a floating flower blossom which has fallen into their pool from a flowering branch above. There is an impression of movement in the water, as there is a swirl or eddy painted in shades of blue in the focal point of the scene. There are some floating lily pads painted to the right to balance the image.

The underside of the rim is decorated with under glaze blue prunus branches with polychrome enamel and gilded flowers. The foot has three concentric bands of underglaze blue. The base of the plate has a nine character kanji mark below the Mountain and stream trademark of the Fukagawa Seiji company.

The kanji character mark is as follows:

This translates as: Great Japan, Arita Ware, made by Fukagawa.

Fukagawa ware was and still is made in the area around the town of Arita, in the former Hizen Province,  now Saga Prefecture, of Northwestern Kyūshū island of Japan.

It is in good antique condition, there are some small filled and disguised chips to the rim (restoration) no cracks.  There is some minor wear to the gilding and enamel to the rim border. There are some minor marks or scratches to the glaze possibly caused by plate stacking, only just visible at an acute angle.  Please see the images.

This is a highly collectable and decorative item and great for display on its own or as part of a collection antique Japanese pottery or Hizen ware, 肥前焼, Hizen-yaki from a distinguished and highly collected factory. 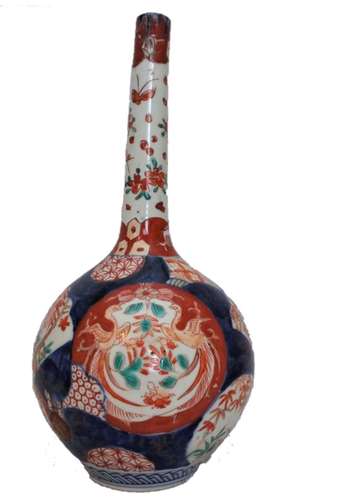 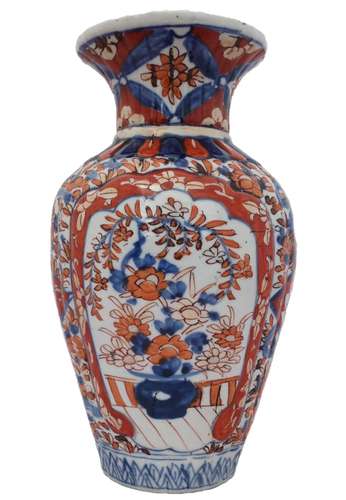 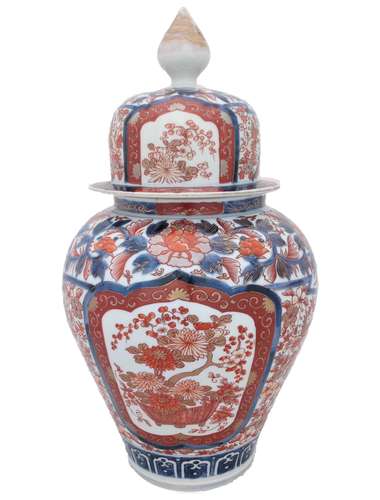 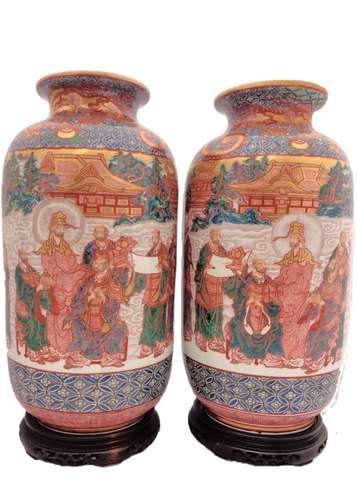