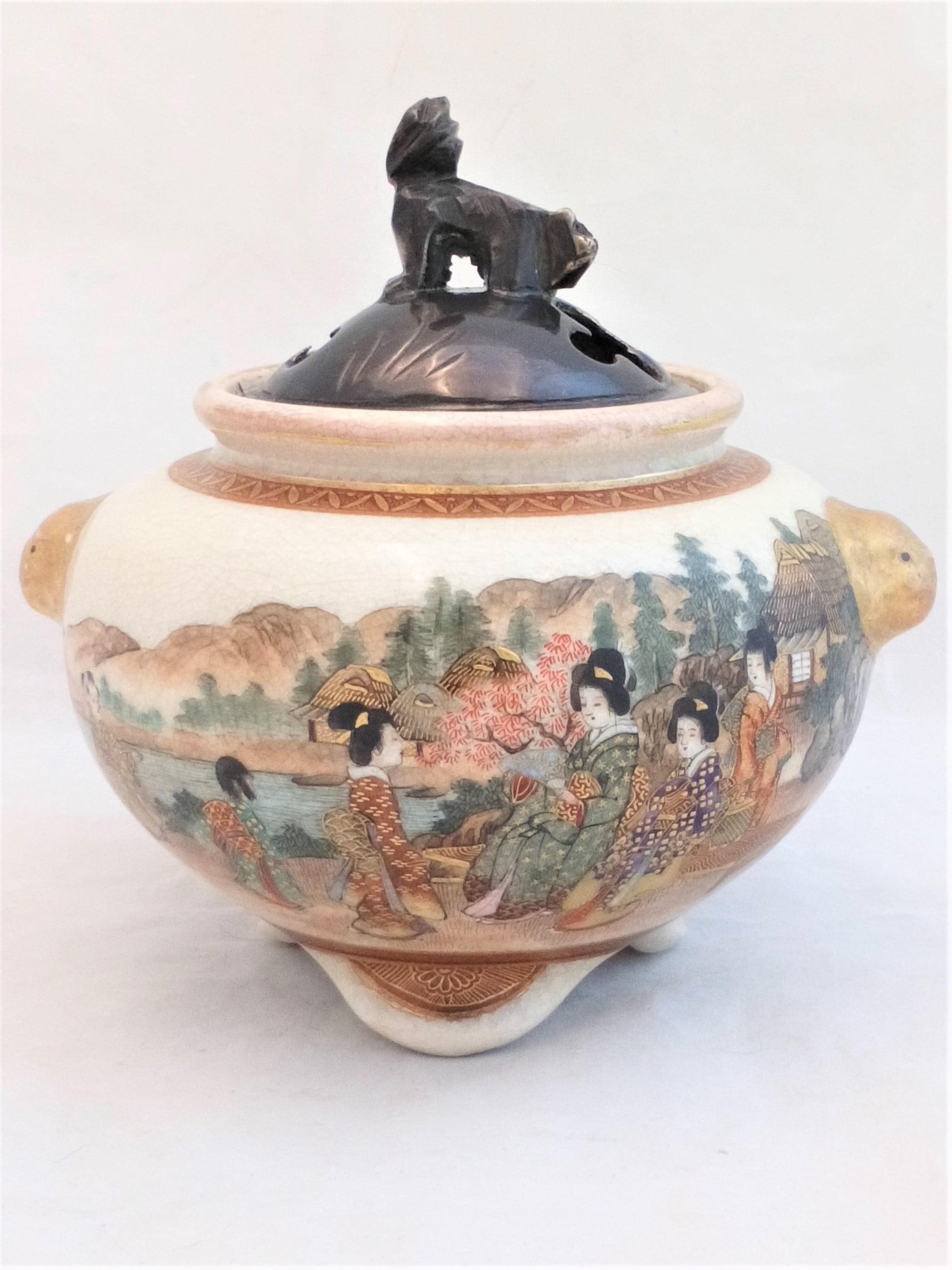 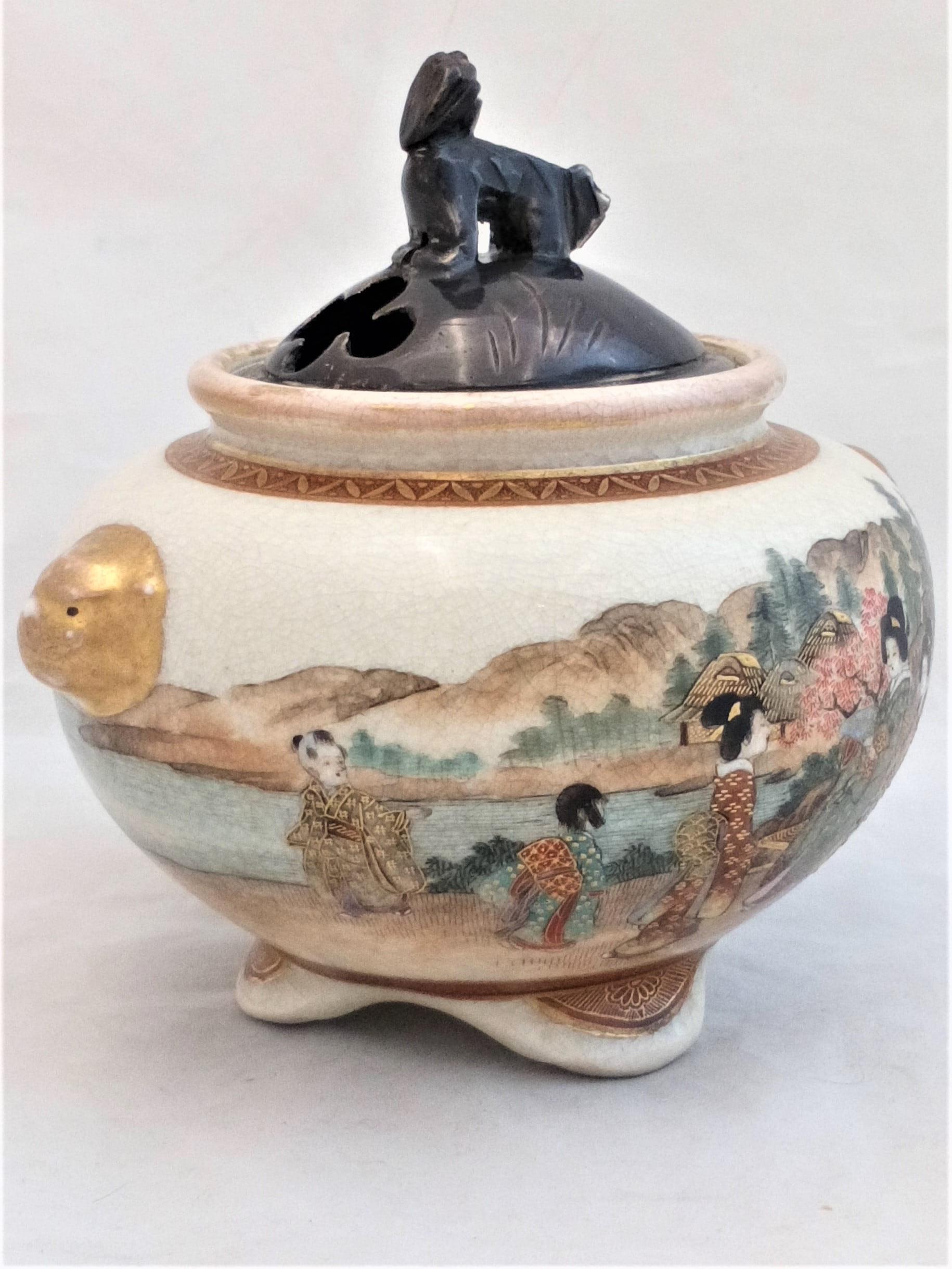 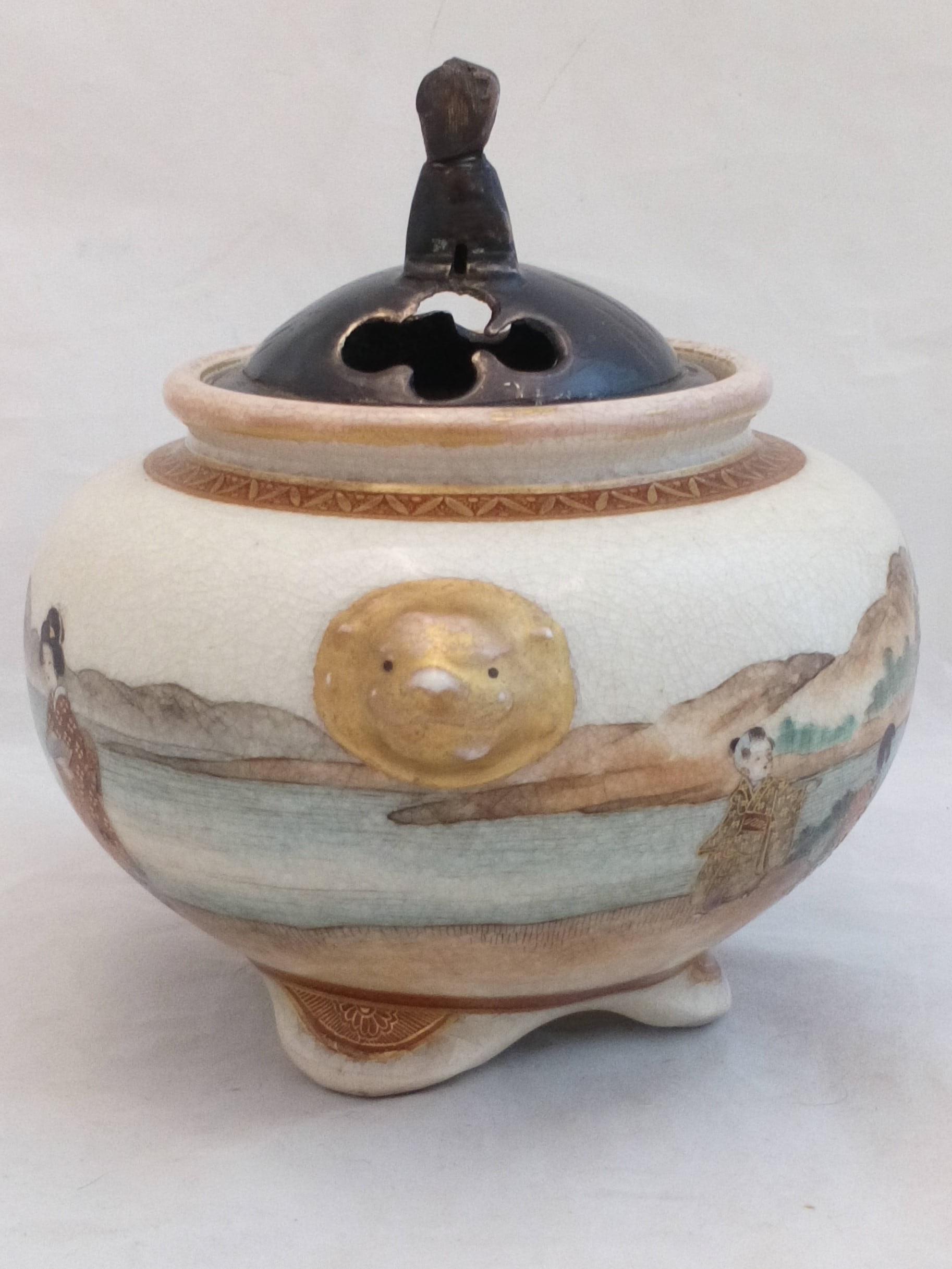 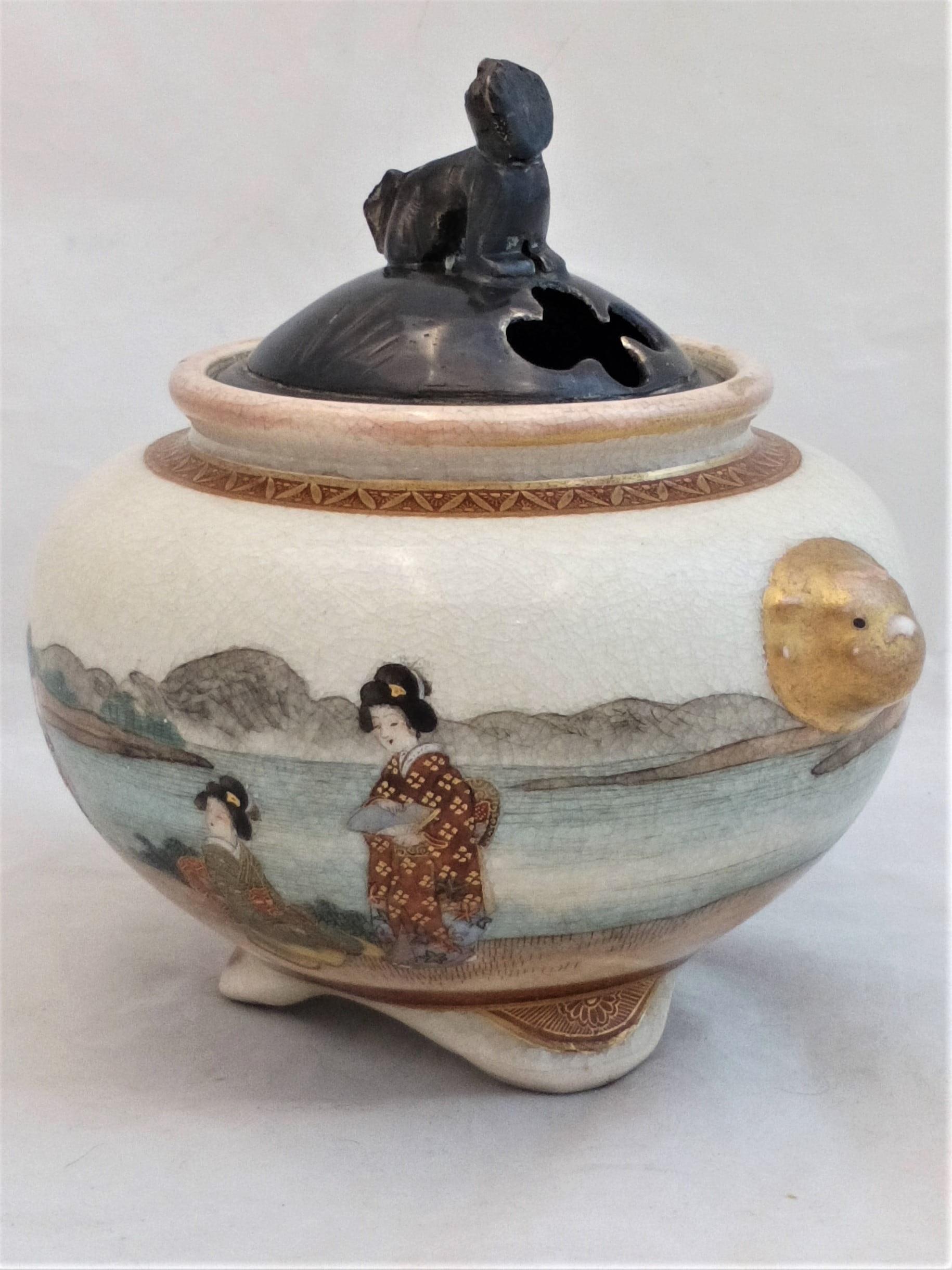 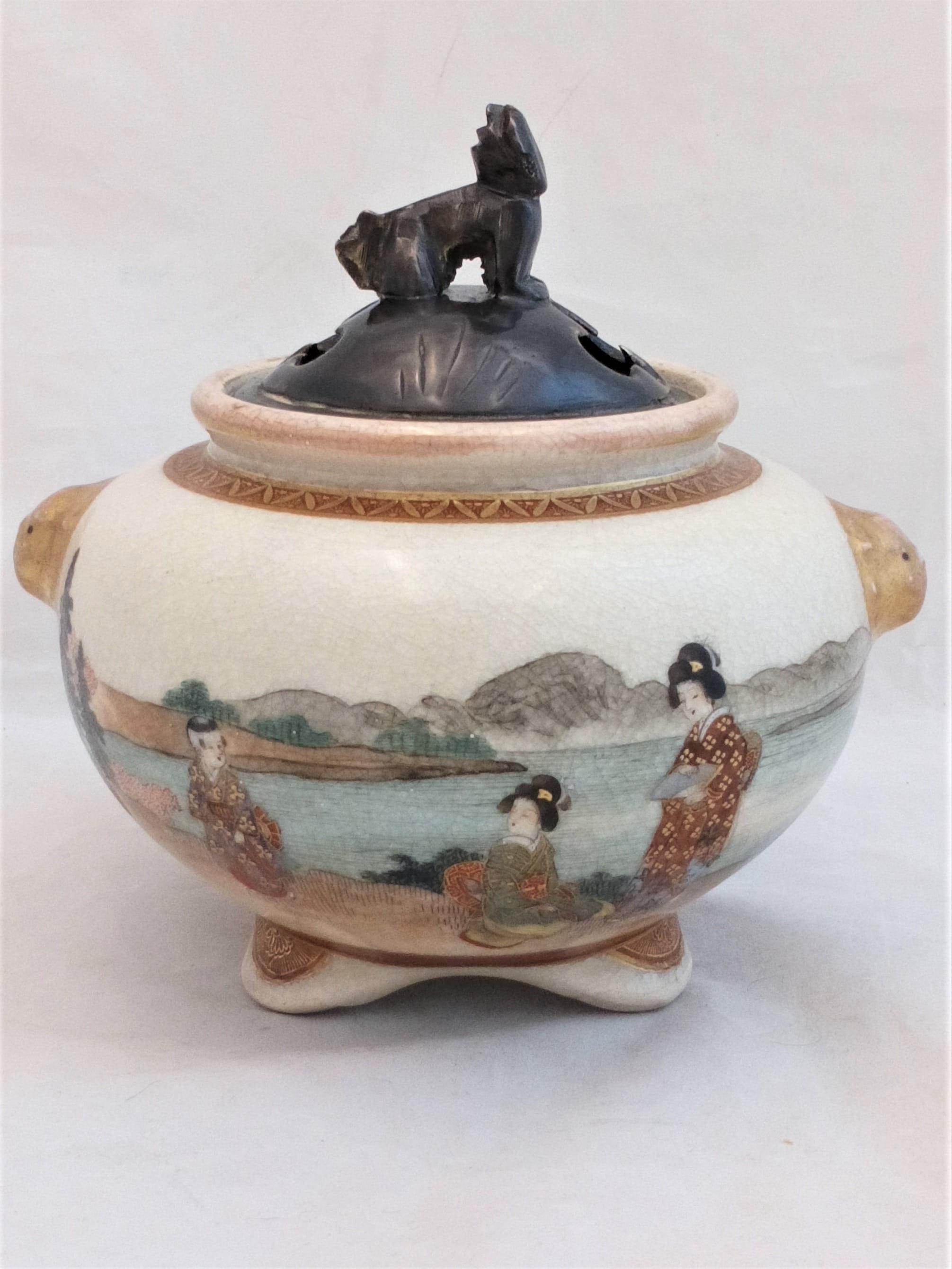 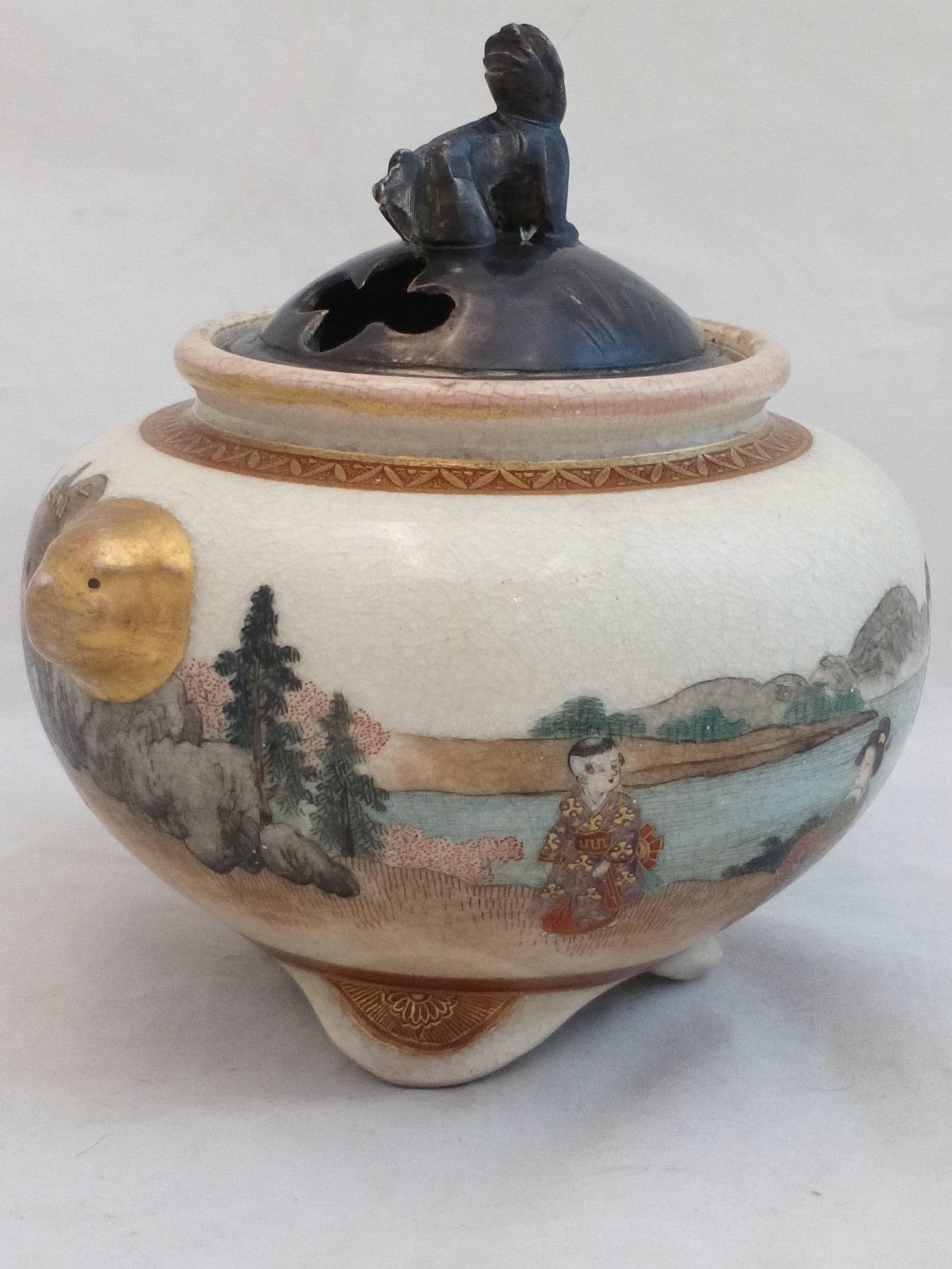 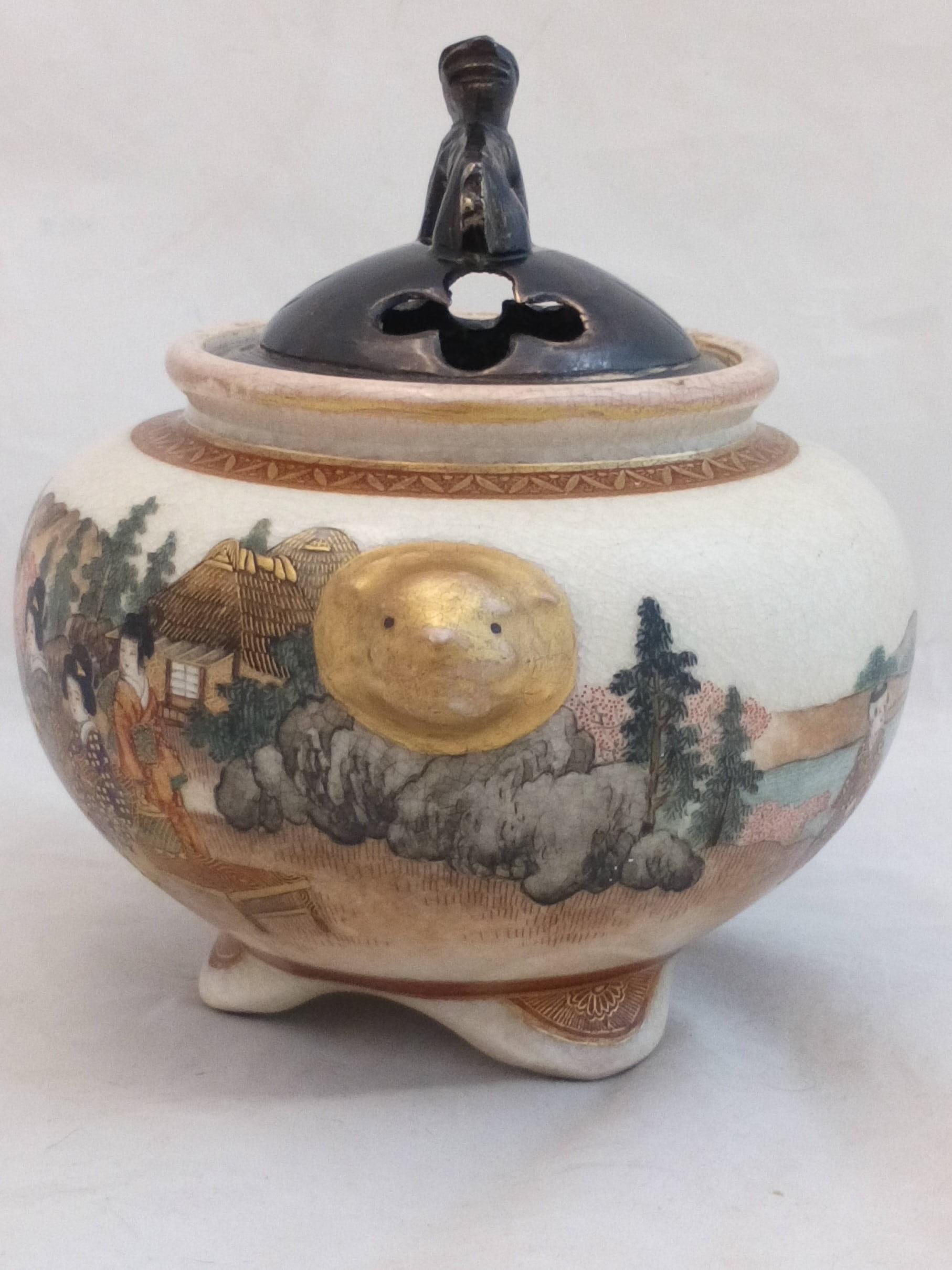 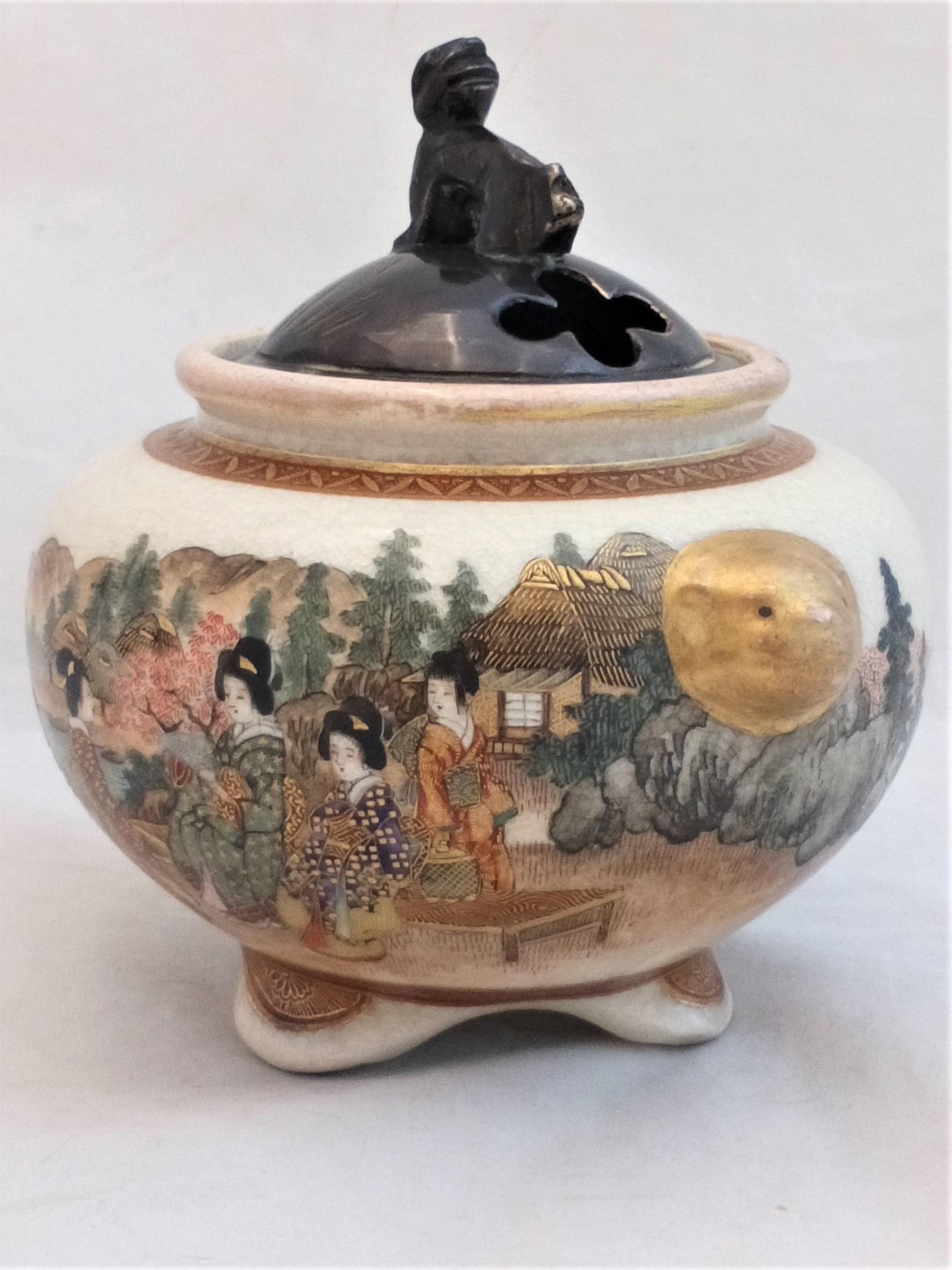 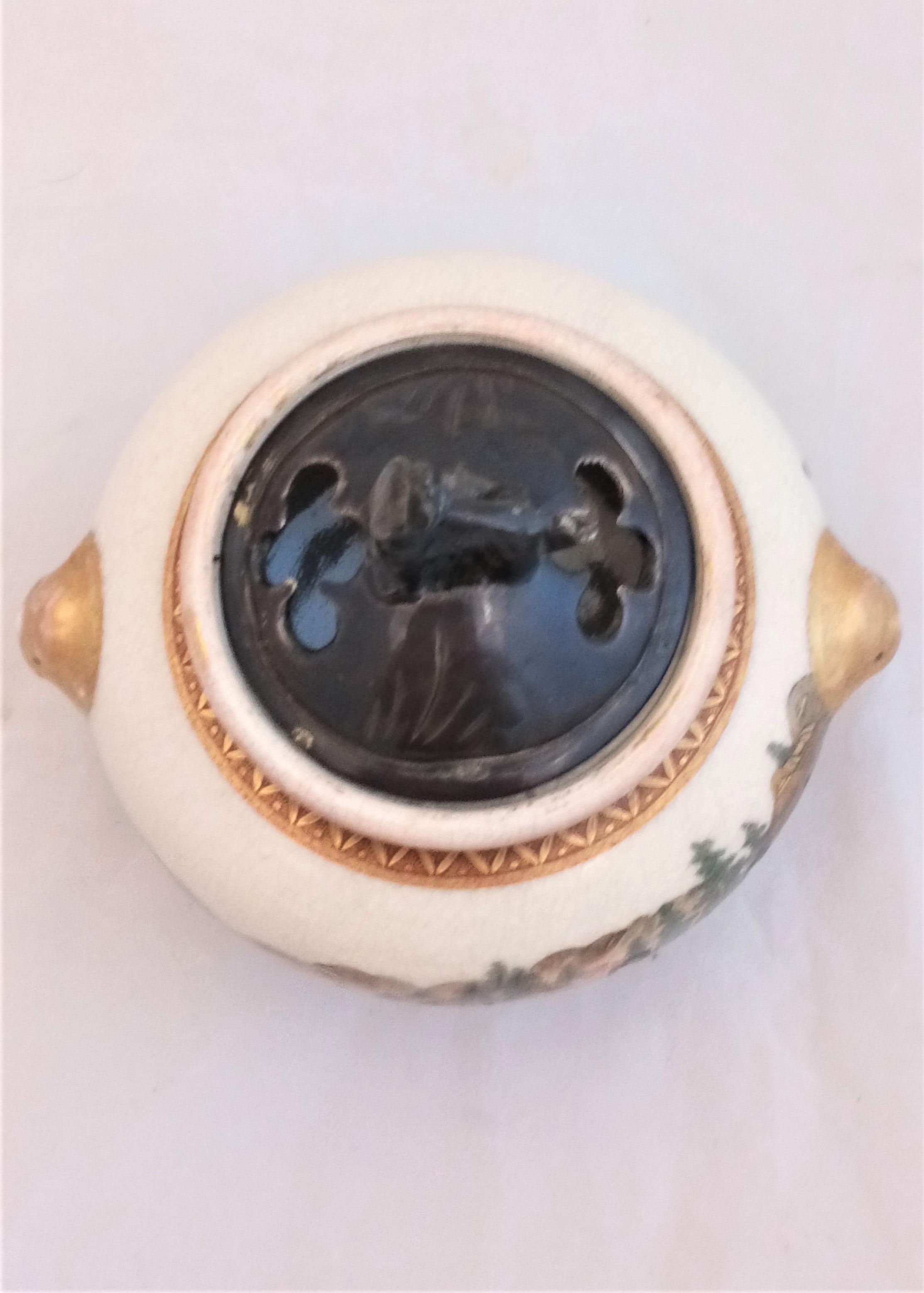 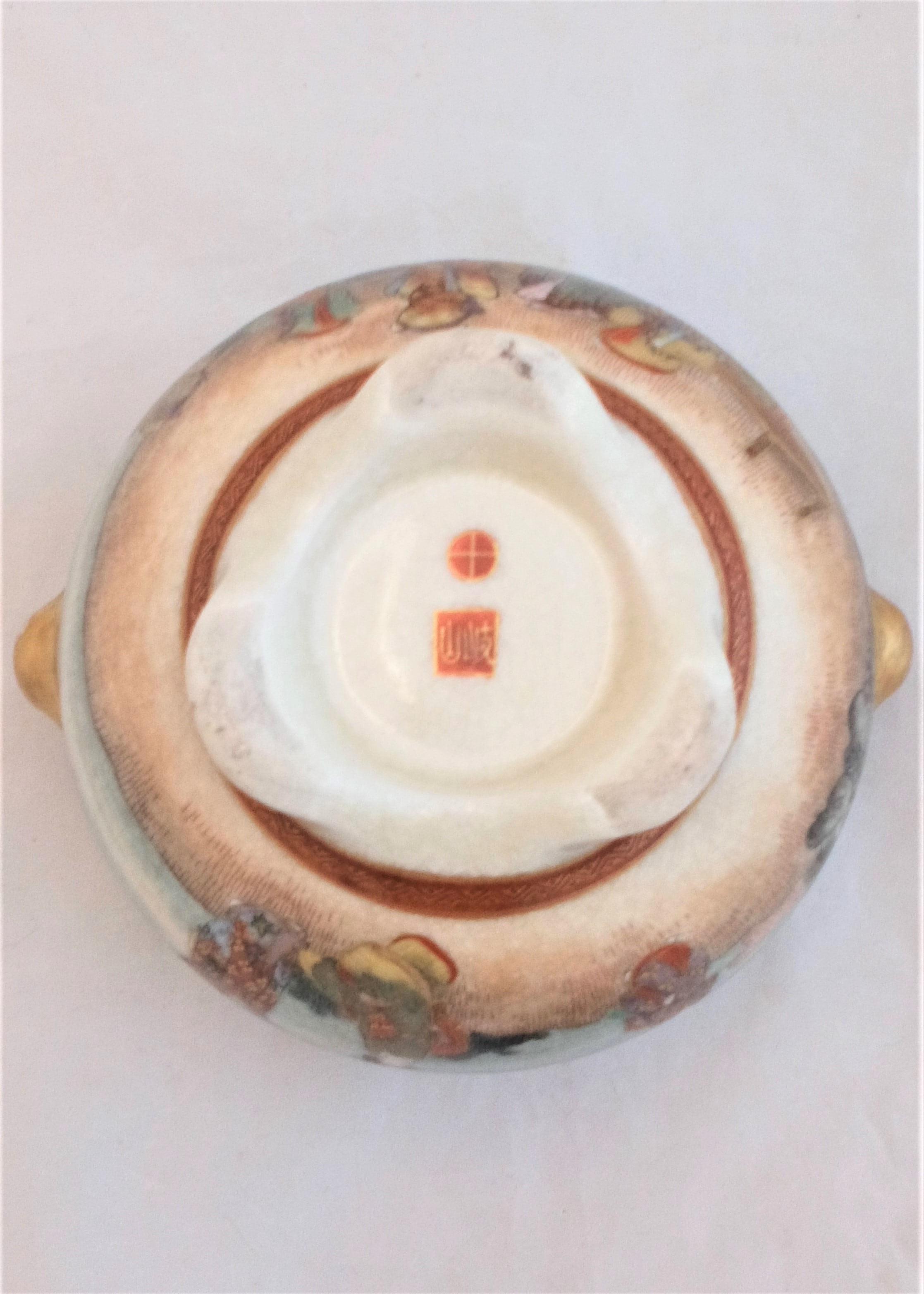 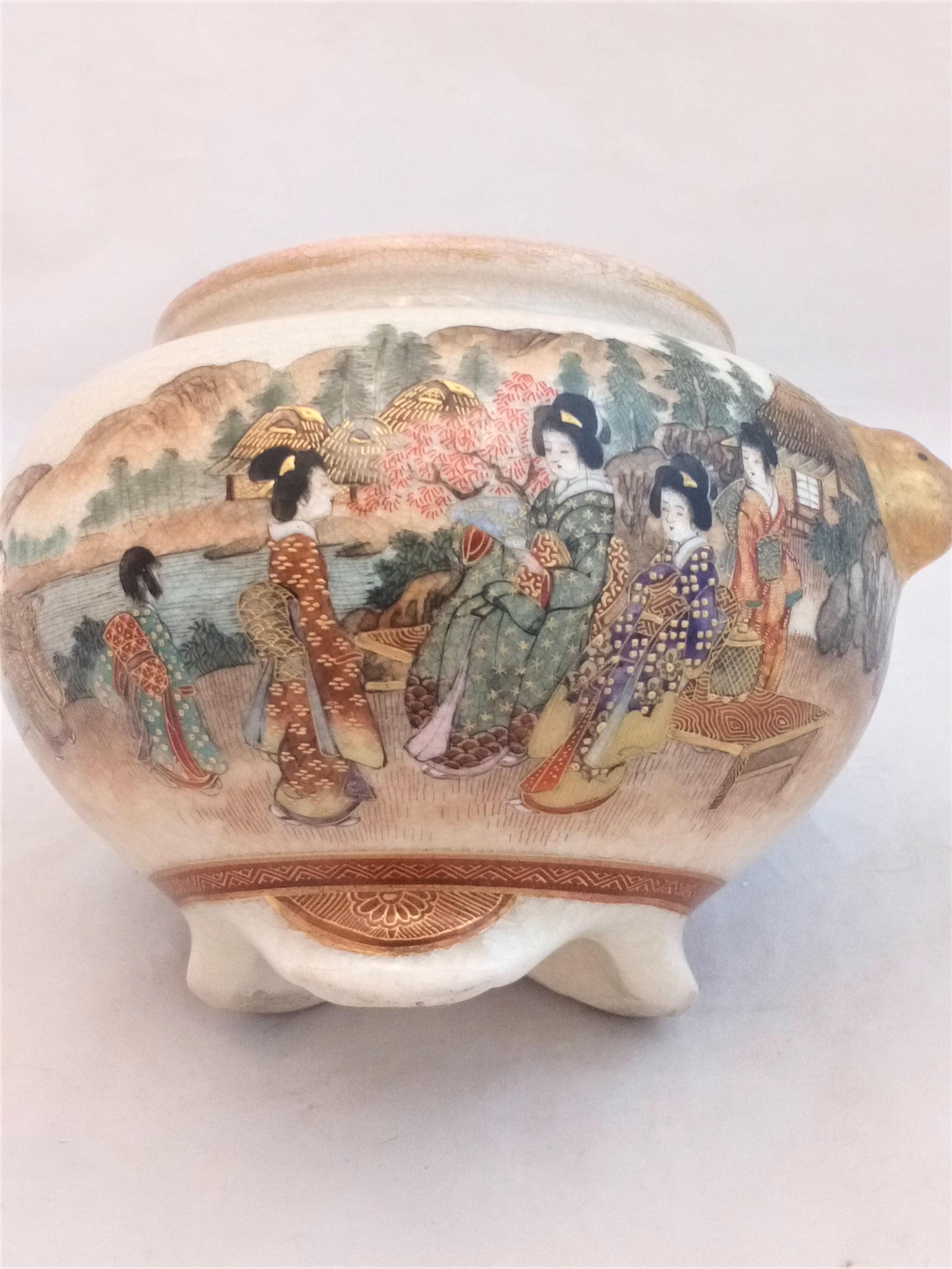 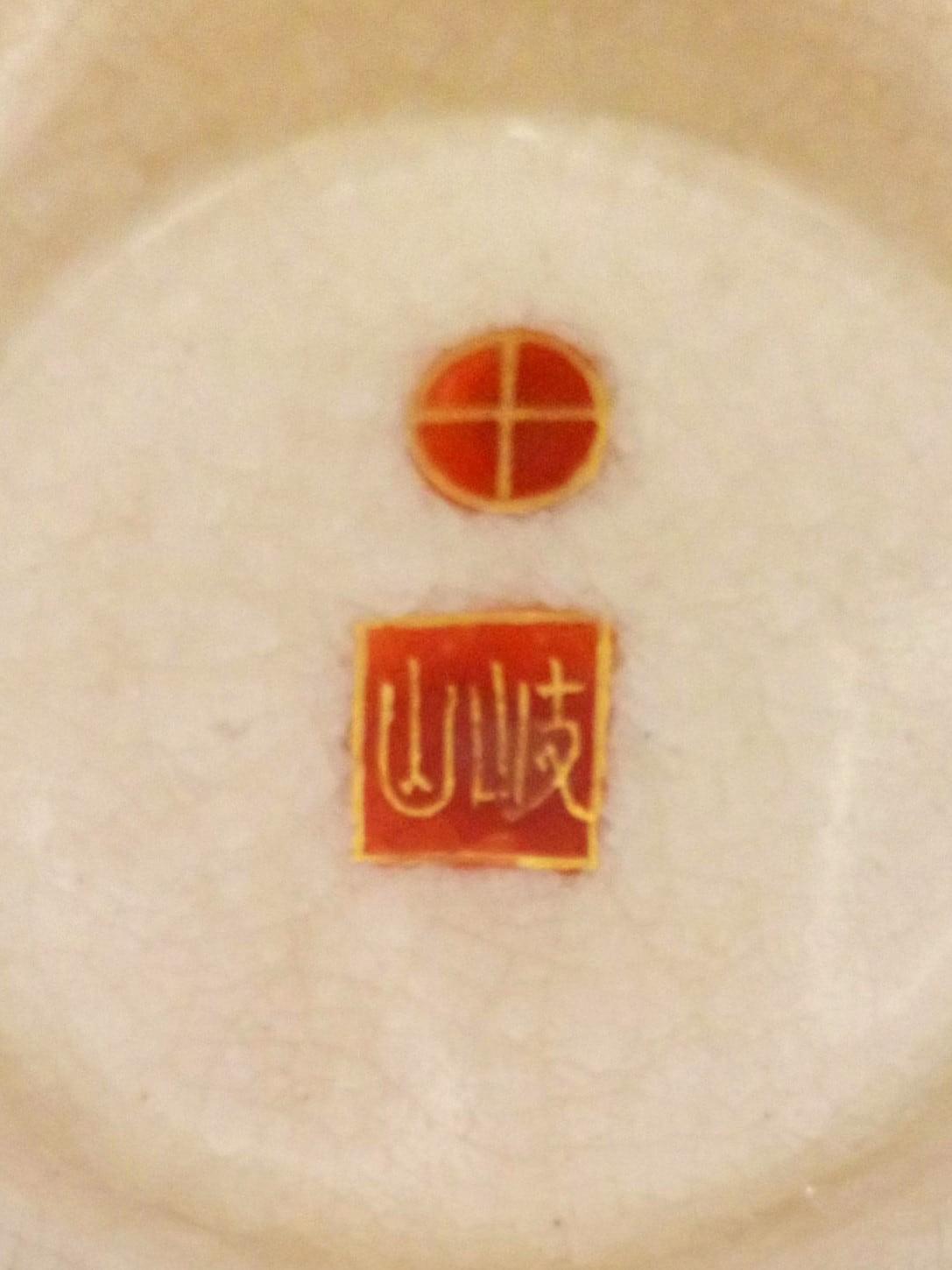 An antique Japanese Satsuma pottery ( 薩摩焼 Satsuma-yaki ) koro or incense burner, hand painted with a continuous lakeside and distant mountain landscape scene. In the enamelled decoration there are various elegantly dressed figures, including bijin and children. Two women are sat on a bench or table in the garden of a nearby traditional Japanese house or pavilion, which is set amongst rocks and pine trees.

This highly collectable and very decorative antique Japanese pottery koro has two gilded shishi, lion dog or Fu dog head handles and a slightly domed pierced patinated cast bronze or brass lid which also has a shishi or Fu dog finial. Both the neck and foot of the incense burner are decorated with an iron red and gilded band incorporating a geometric pattern and stylised chrysanthemums.

The koro which is of a low globular form with three integral bracket feet or tripod feet has a body which has been hand painted with poly chrome enamels and gilding. This antique koro dates from the late 19th to early 20th century circa 1900 during the Meiji period (1868-1912).

The base of the koro is marked with the Shimazu ( 島津 ) family crest or mon of a cross with a circle. This clan or family originally ruled the Satsuma province. Below the mon is a gilded mark in an iron red square. The mark for the highly regarded and well recorded artist Kizan, 岐山, (hirigana -きざん )

It is in good antique condition, the body has the usual crazing to the glaze. There are no chips cracks nor restoration. There is some wear to the gilding particularly on the rim and the high points of the handles. The patinated lid fits perfectly into the lipped recess, but may possibly not be original. Some very minor wear to the patination. Please see the images. 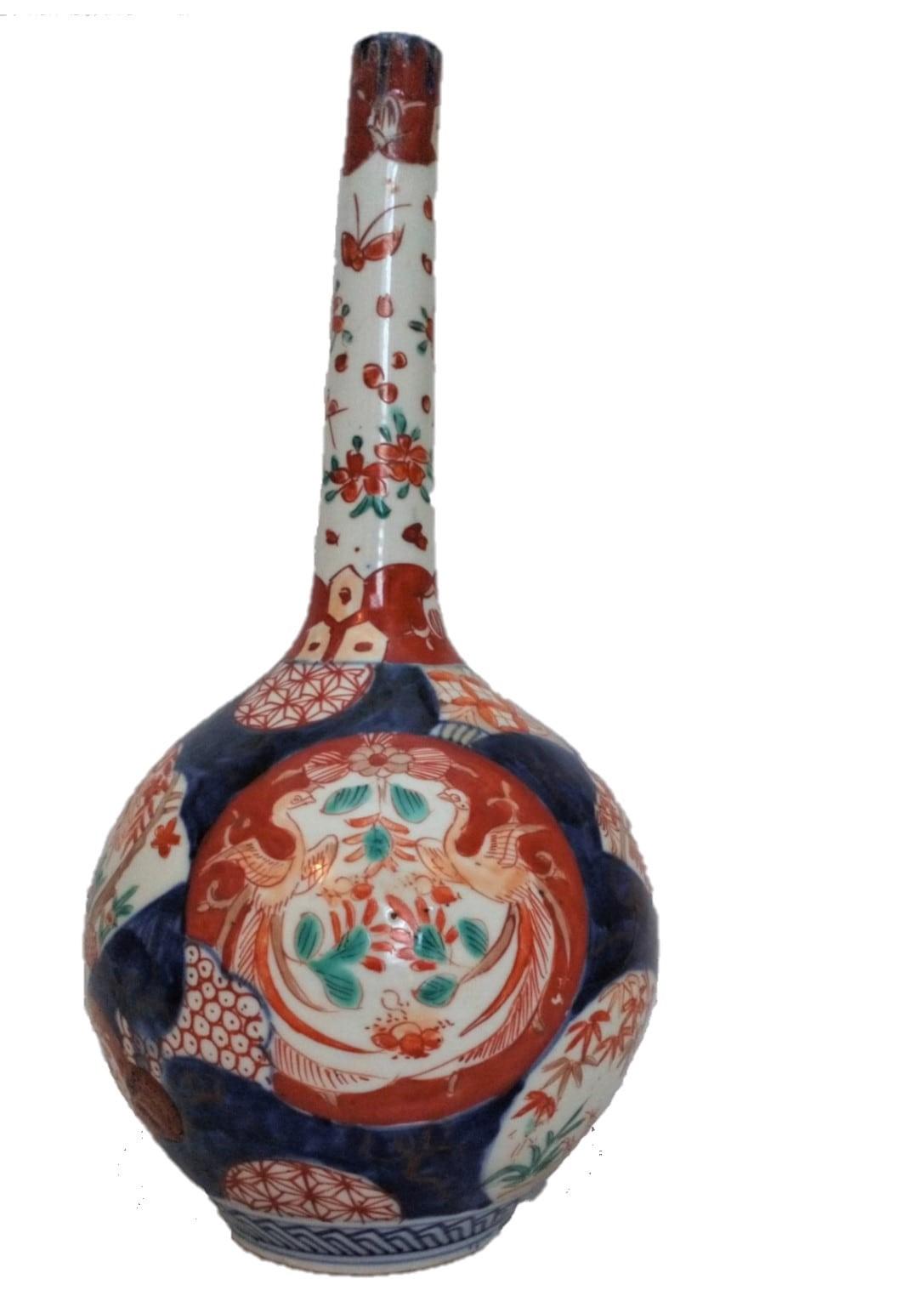 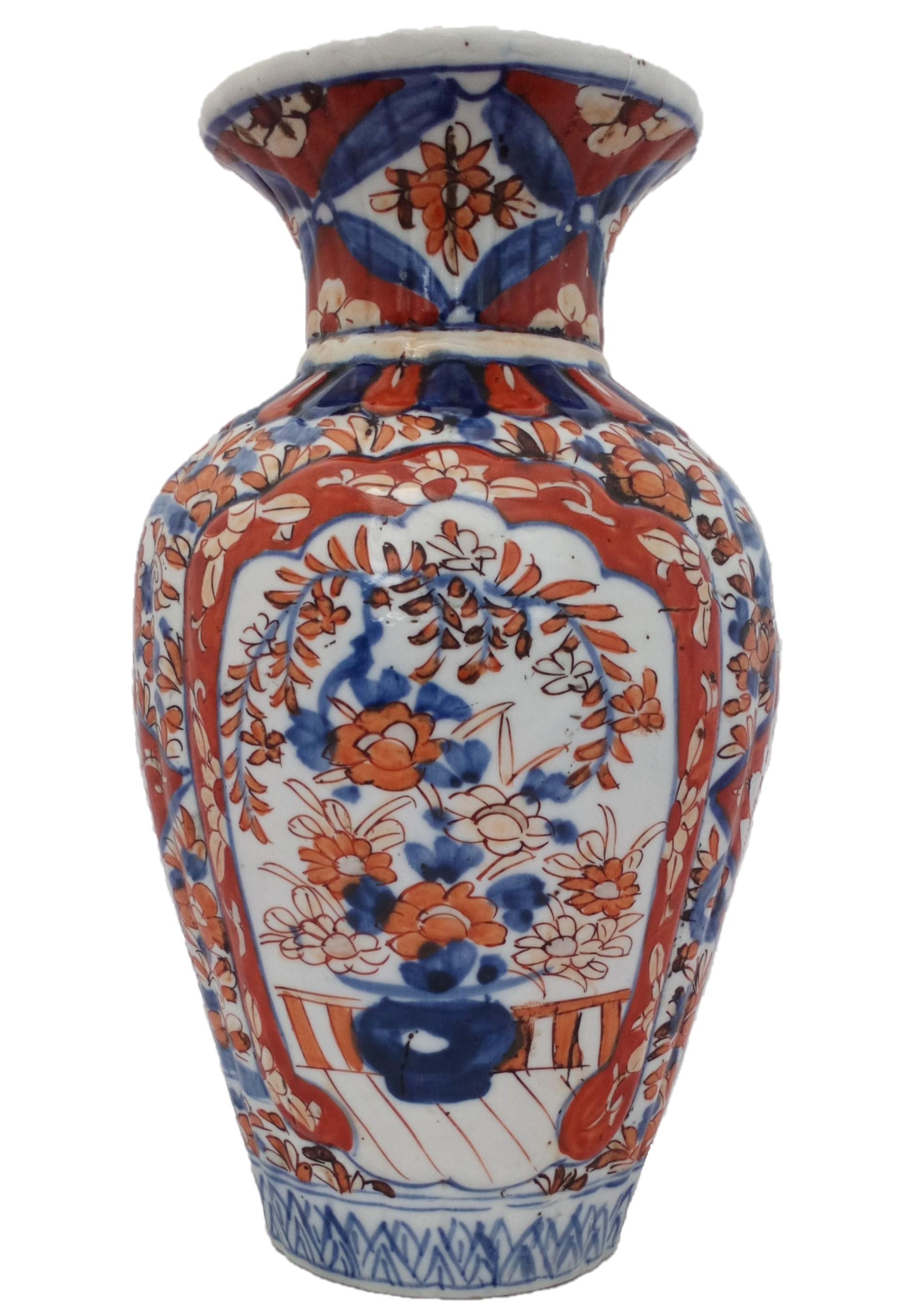