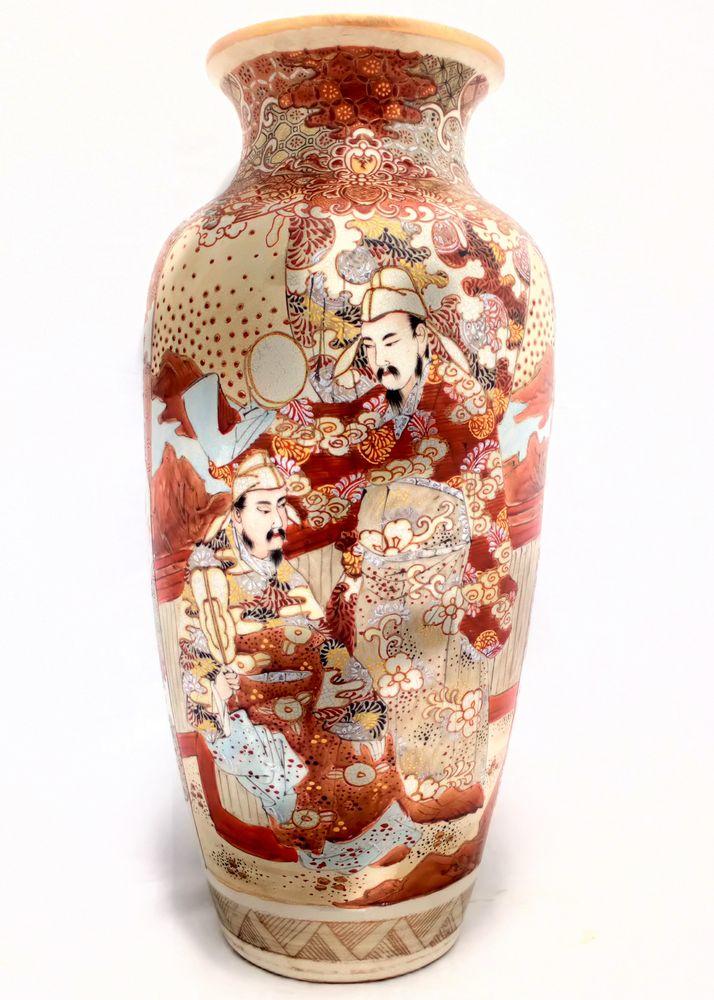 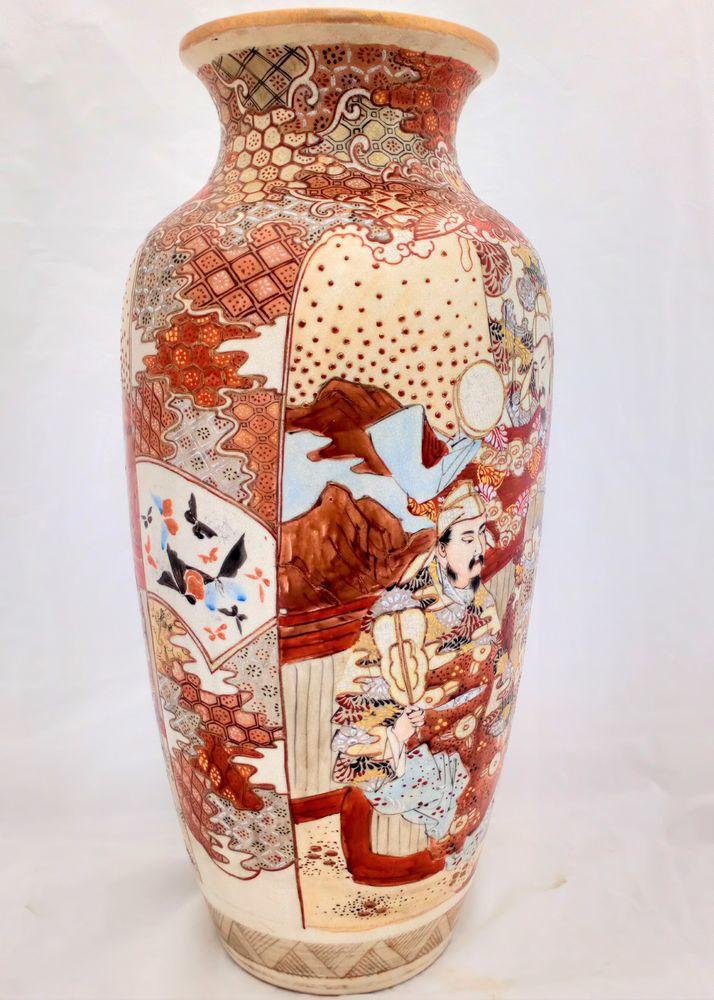 This highly collectable decorative antique Japanese pottery vase is decorated with a pale peach coloured ground fading into cream. The neck is decorated with the ornate diaper pattern and stylised Feng Huang. the foot has a band of geometric pattern gilding.

The vase which is of a tall baluster shape with a narrow foot and tapering trumpet neck.The whole body has been hand painted with enamels and gilding. This is Japanese Satsuma export pottery ( 京薩摩 Kyō-Satsuma)

It is unmarked but, was probably made in the Satsuma Province ( 薩摩国 Satsuma-no Kuni ) which was an old province of Japan that is now the western half of Kagoshima Prefecture on the island of Kyūshū  in Japan.

It is in good antique condition with a repaired chip to the rim and the gilding retouched at the rim., it has some minor glaze crazing and wear to the gilding  Please see the images and description.

This is a highly collectable and decorative items and great for display on its own or as part of a collection antique Japanese pottery or Satsuma-yaki.