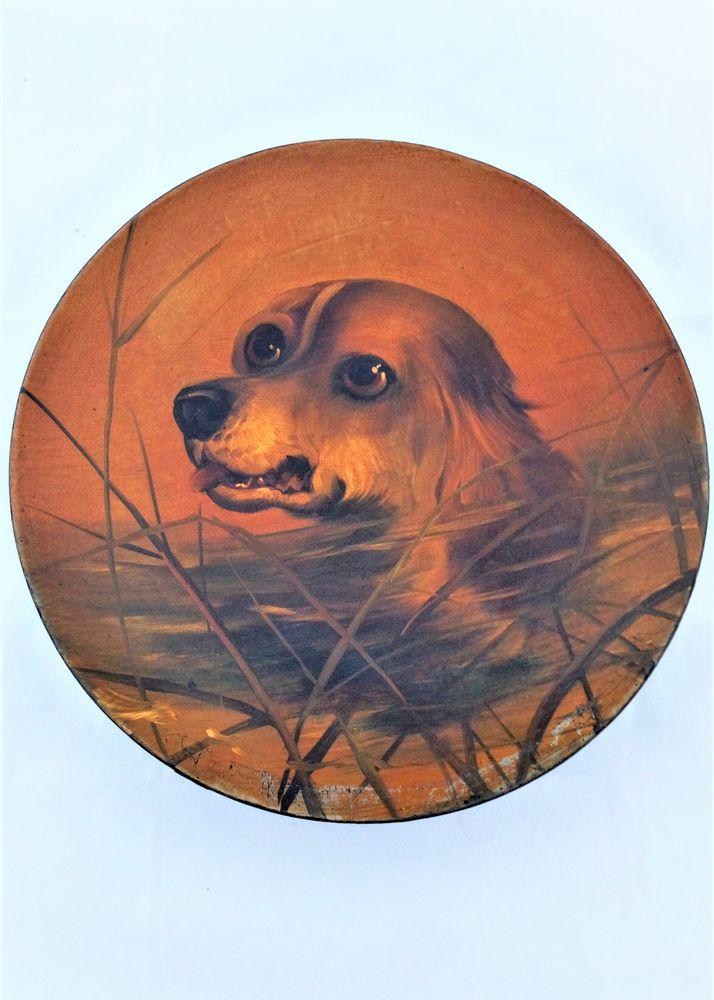 An antique papier mache plate that has been hand painted, in muted tones of brown and green, with a dog's head. This plate or footed dish dates from the Victorian period circa 1880.

The dog illustrated is swimming in water amongst some reeds. We think that it is an English Water Spaniel, a breed that was used to hunt and retrieve water fowl. The breed became extinct in the early 20th century around 1930.

Shakespeare is reputed to have known the breed as he mentions the `water rug' in Macbeth and specifically mentions the breed in Act III Scene 1 of The Two Gentlemen of Verona (line 1345) when Launce says of his love, "She hath more qualities than a water-spaniel.

The plate or dish is in very good antique condition with some marking along the bottom front probably from some form of stand.

This is a beautiful item to add to any collection of papier mache and a very decorative display piece and an rare depiction of an extinct breed of dog.

One of the images shows another similar plate painted with a Chihuahua, which we have listed separately.

Free international postage with this item.