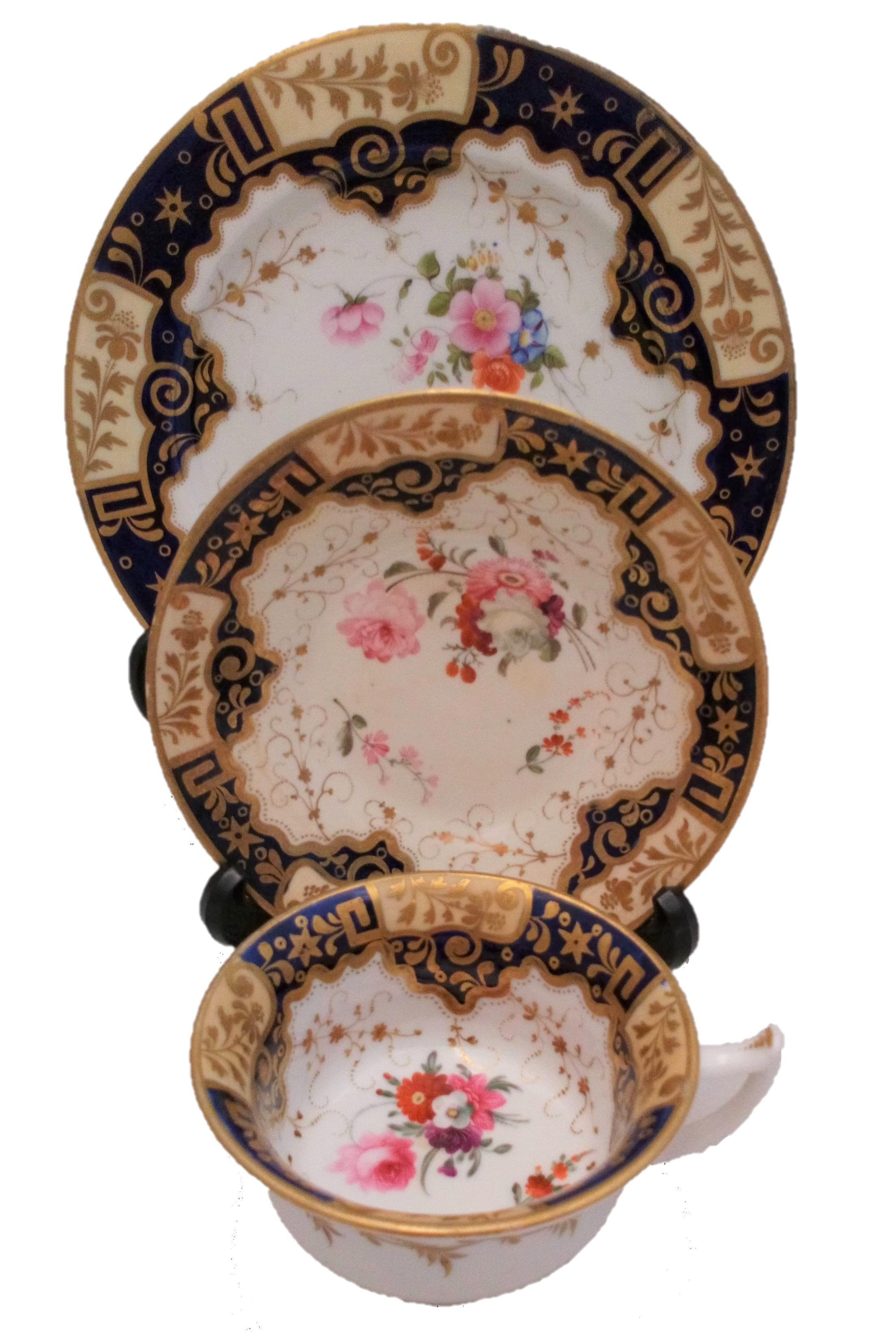 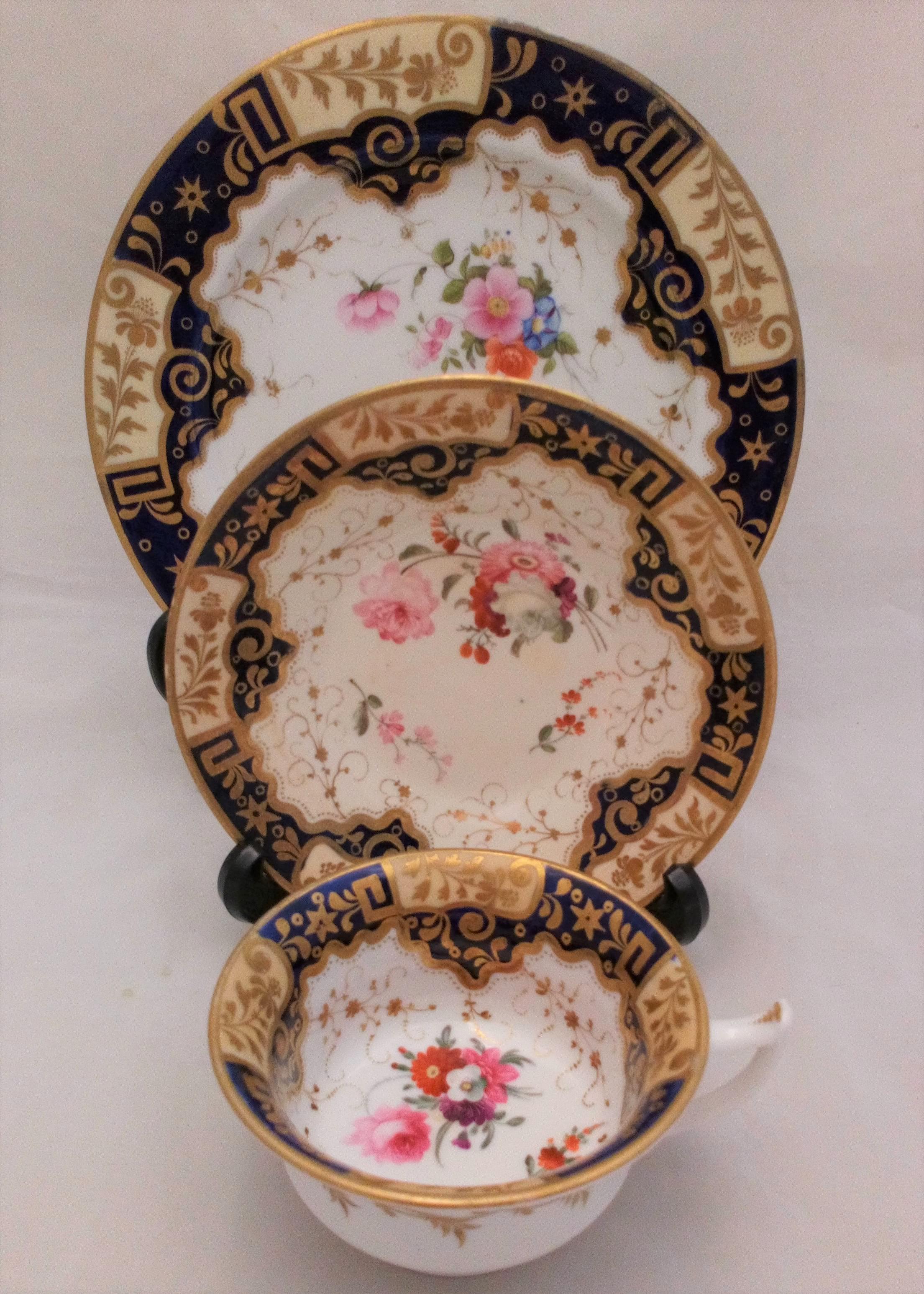 An extravagantly decorated bone china cup saucer and plate from the Georgian or Regency period of the early 19th century. They date from around 1817 to 1825, the Prince Regent or George IV was the monarch on the throne at the time they were made. The cup has a figure seven shaped handle and the Etruscan shaped body, the saucer is also of deep rimmed plain straight sided London or Grecian form and is painted with the pattern number 812 in iron red underneath.

They are in good antique condition. Both the cup and plate are in excellent condition and ring when flicked with a finger. The saucer has some glaze crazing and bone china discolouration and a tiny nick to the glaze in the rim of the saucer. All have some extremely minor wear to the gilding. Please see the images. 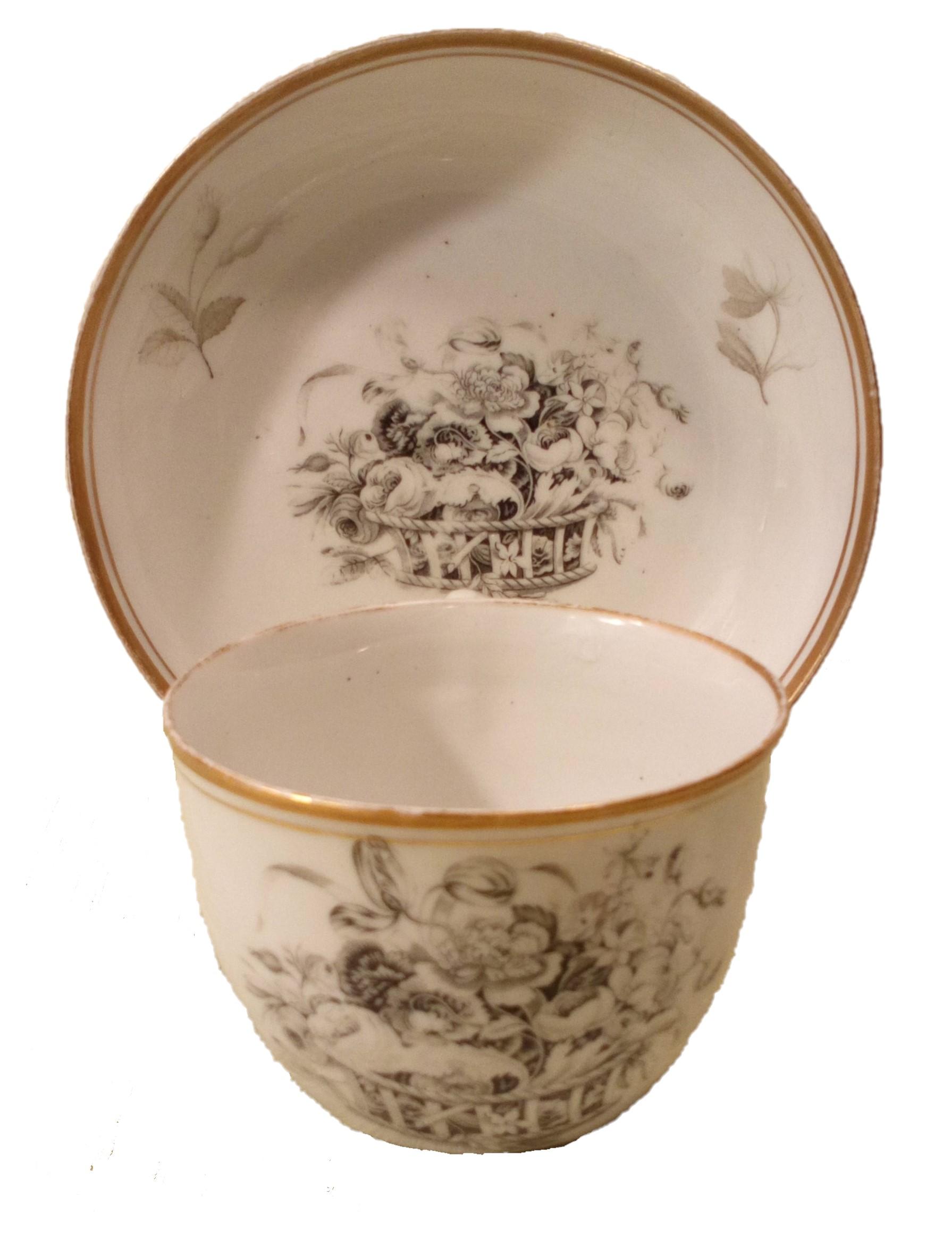 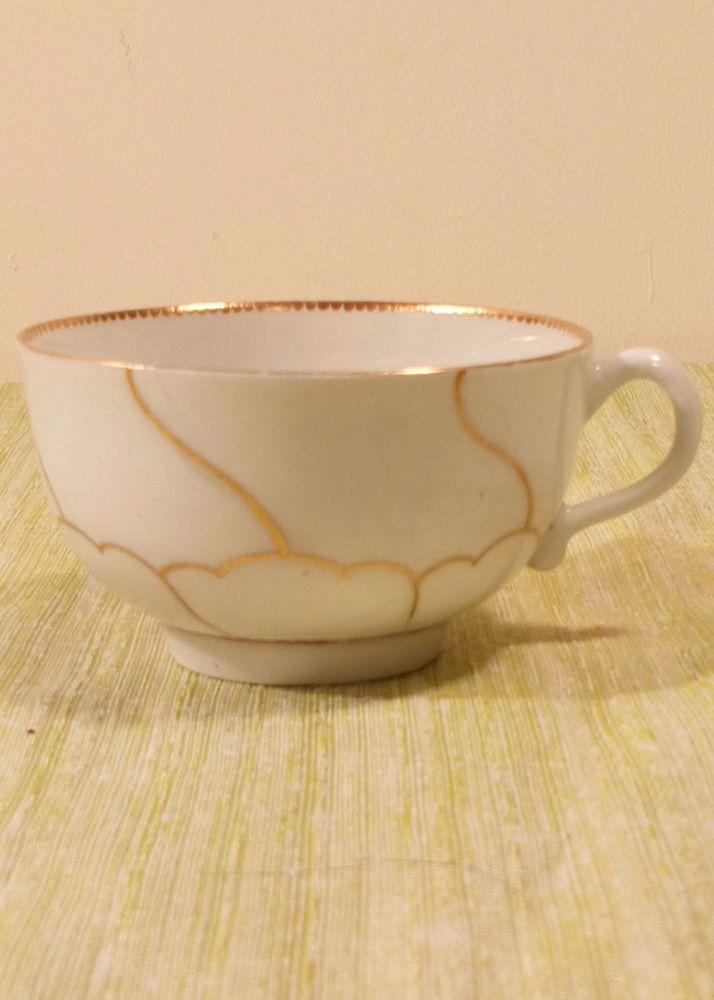 £95.00
A Dr Wall, or first period Worcester Porcelain tea cup, London decorated by James Giles decorated in gilding in the Queen's pattern. It dates from the...
View details
ADD TO BASKET 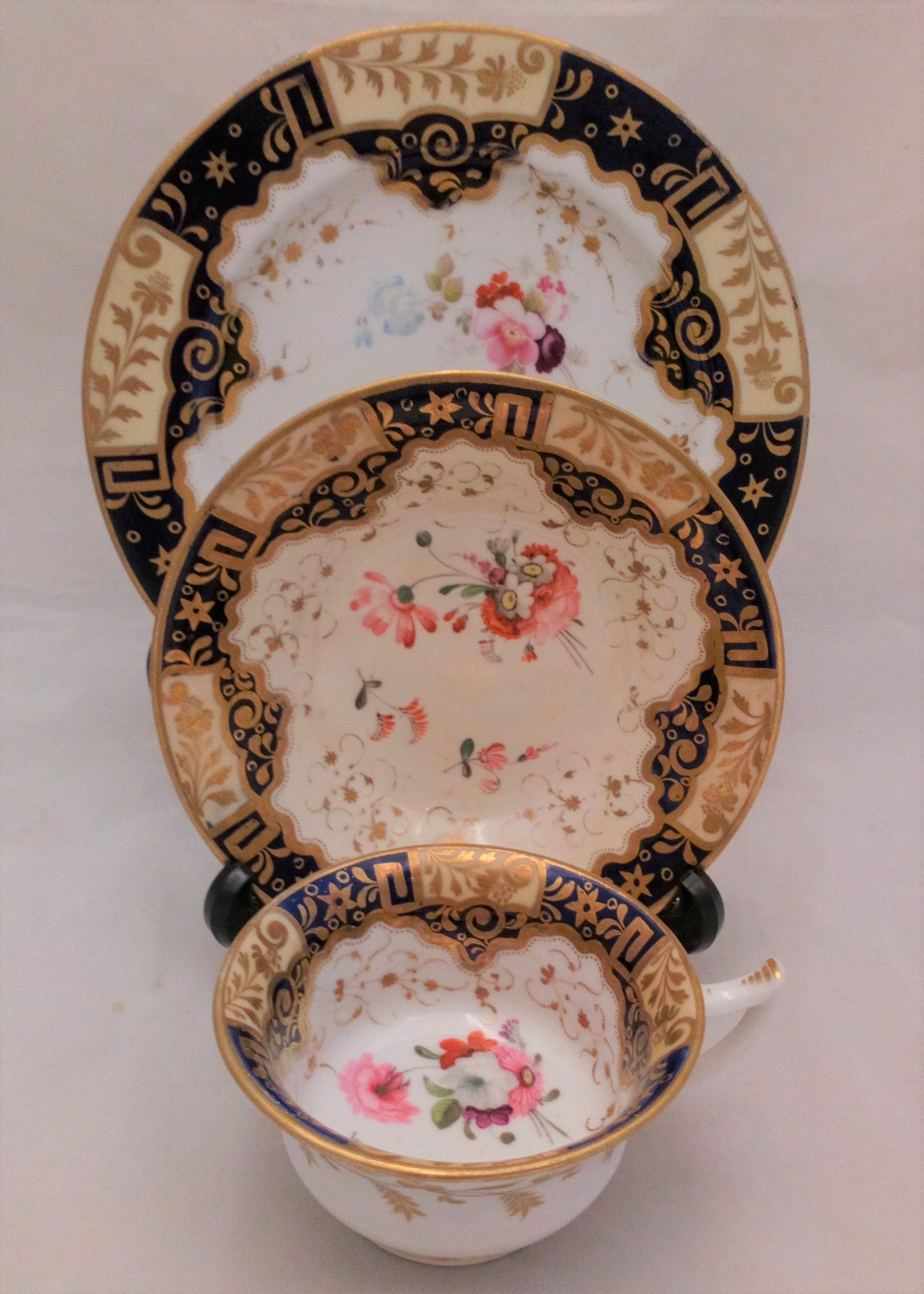 £80.00
An extravagantly decorated bone china cup saucer and plate from the Georgian or Regency period of the early 19th century. They date from around 1817 t...
View details
X
This website uses cookies to ensure that you get the best experience on our website. Read our privacy policy.
I accept