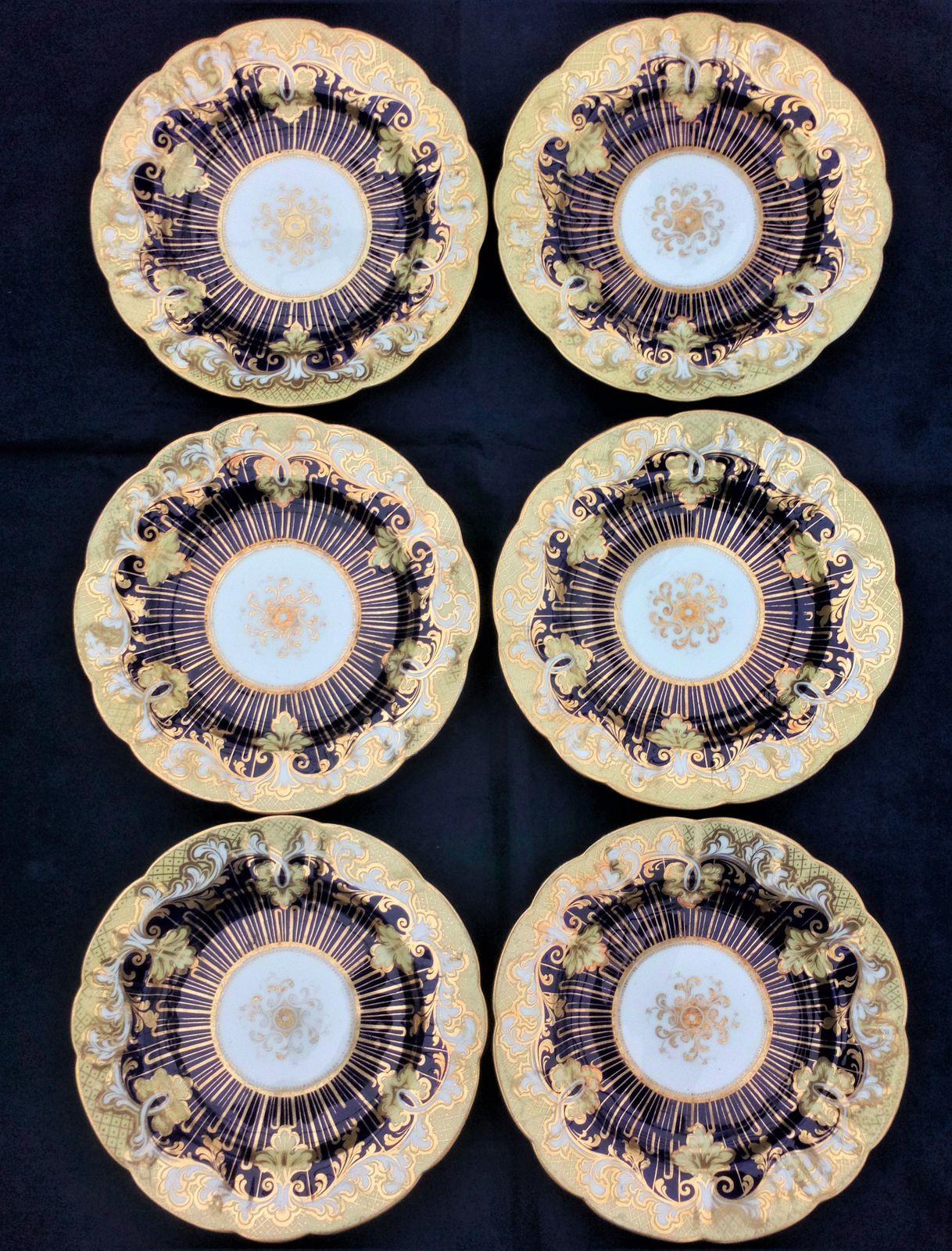 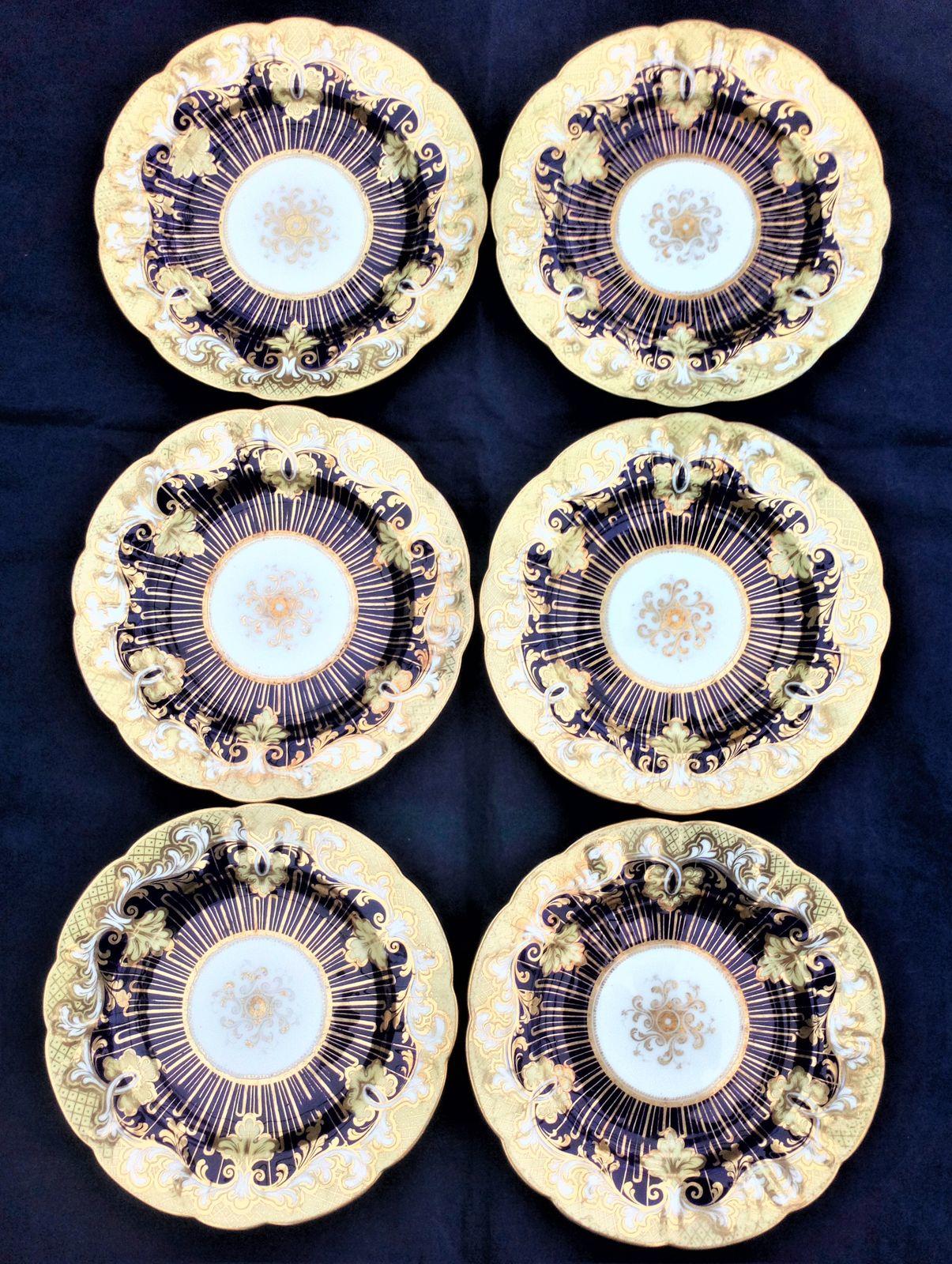 A set of six ornate and useful antique Samuel Alcock porcelain dessert plates with lobed rims, rich cobalt blue ground and profuse gilding, dating from around 1840. The heavily gilded cobalt blue ground has a yellow rim with ornate leaf shaped scrolls, some of which have been reserved in the bright white of the bone china body. The outer edge of the yellow rim is decorated with a gilded diaper border. The centre of the plate is also reserved with a circular cartouche decorated with a gold six pointed star and cornucopia leaf scrolls.

The plates have no makers mark other than the pattern number 1 / 9630 on some of them. They have been attributed to Samuel Alcock of Hill Pottery, Westport road, Burslem, Staffordshire in England. Queen Victoria was the monarch on the throne at the time these plates were made in the mid nineteenth century.

These lobed rim plates are 8 1/8 inches (20.7 cm) in diameter, small dinner or dessert plate size.There are four pairs of large and five small lobes lobes to each plate. They each stand on a short foot rim.

The plates weigh a total 1990 grammes unpacked and are in very good antique and usable condition.There is some very minor rubbing to the gilding on each plate, two have some more rubbing to the central gilding no chips,cracks nor restoration. A very usable set of six porcelain dessert plates.

They make great display items and will be of interest to any collector of antique Victorian English porcelain, Samuel Alcock items or dessert plate collectors.