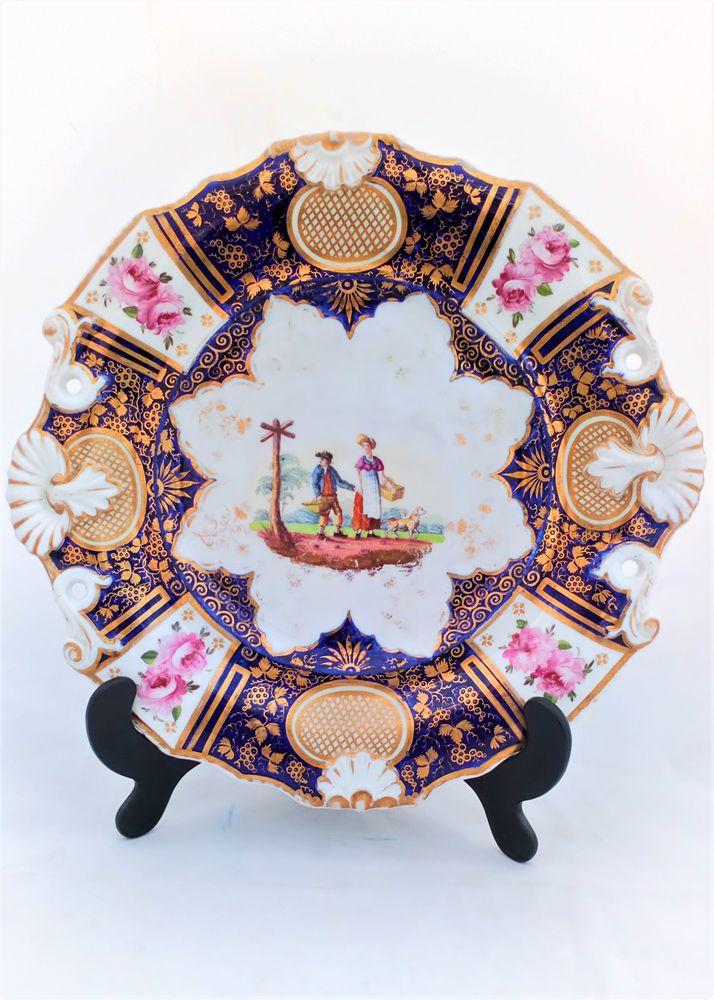 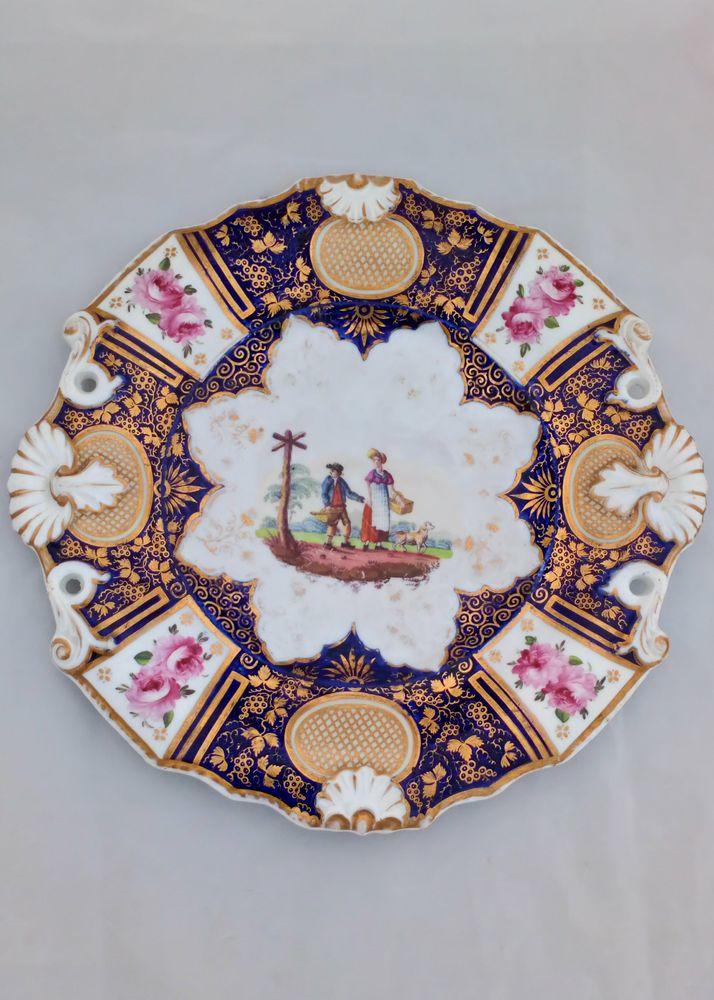 An ornate Samuel Alcock and Co porcelain dessert plate neatly and very skillfully hand painted and gilded in their extraordinary pattern number 3028. The plate with is low relief moulded has an ornate scrolling gadrooned rim with two shell and anthemion leaf "handles" with pierced holes on either side. The handles are further complemented with two shell mouldings perpendicular to them. The back of the plate has an ornate hand painted scrolling pattern number in iron red:  No 3028. This plate dates to around 1830.

The plate has a deeply scalloped cobalt blue border with roughly rectangular shaped rose or floral panels. There is extensive gilding of anthemion, grape vines and cross hatching. This pattern has a central rural figural scene of a mother and son walking hand in hand, each carrying a basket presumably off to market, as there is a signpost indicating a cross roads. They are being led by a white and brown Spaniel or gun dog.

This plate carries the Alcock version of "841" pattern, as designated by Michael Berthoud, see introductory note (g) page xv of a Compendium of British Cups. The pattern was popular around 1815 to 1825 and was revived by Samuel Alcock and produced up to about 1840.

Item condition: Very good antique condition. There is some minor wear to the gilding and a little rubbing to the enamel in the centre of the plate, no chips, cracks nor restoration.  Please see the images.

This is a great item to add to any collection of plates, antique English early 19th century, late Georgian or William IV, Samuel Alcock porcelain. 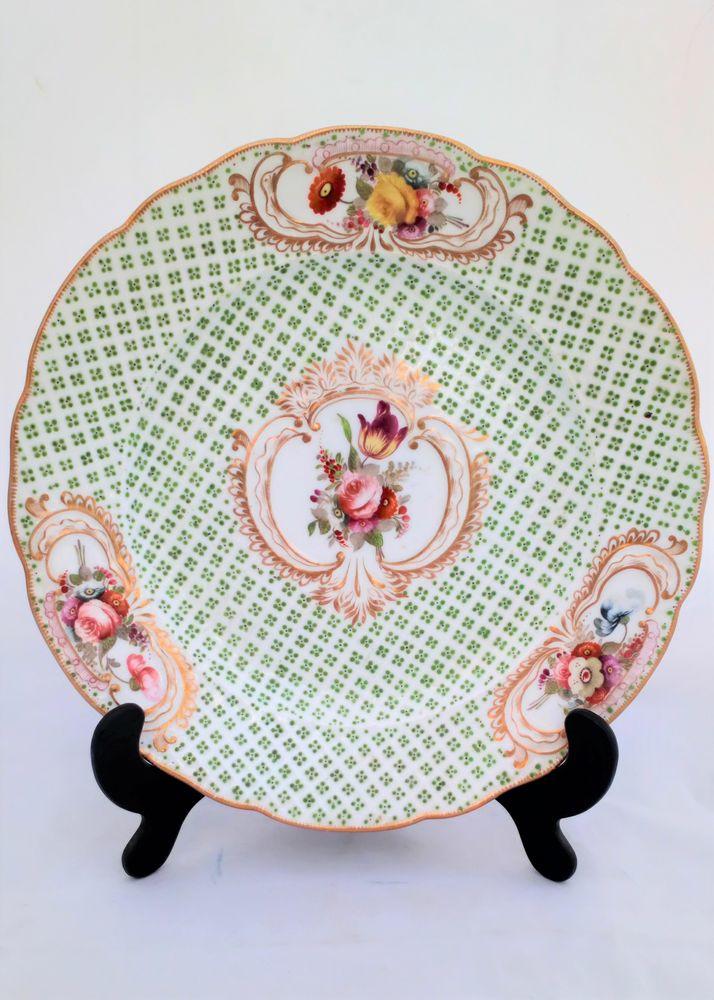 £95.00
A Coalport porcelain hand painted cabinet plate from the John Rose period circa 1820, one of the premier makers of English porcelain. This beautiful q...
View details
ADD TO BASKET 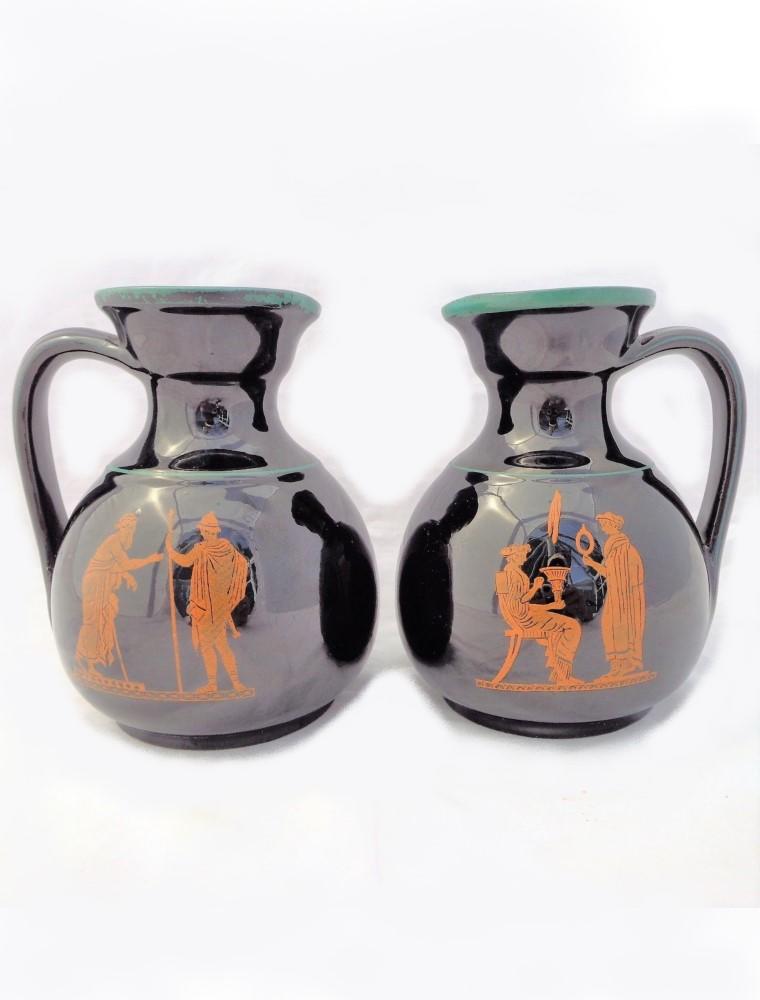 £35.00
Here we have an attractive and decorative pair of English pottery jugs or pitchers dating from around 1860 - 1880 and decorated with a Greek or classi...
View details
ADD TO BASKET 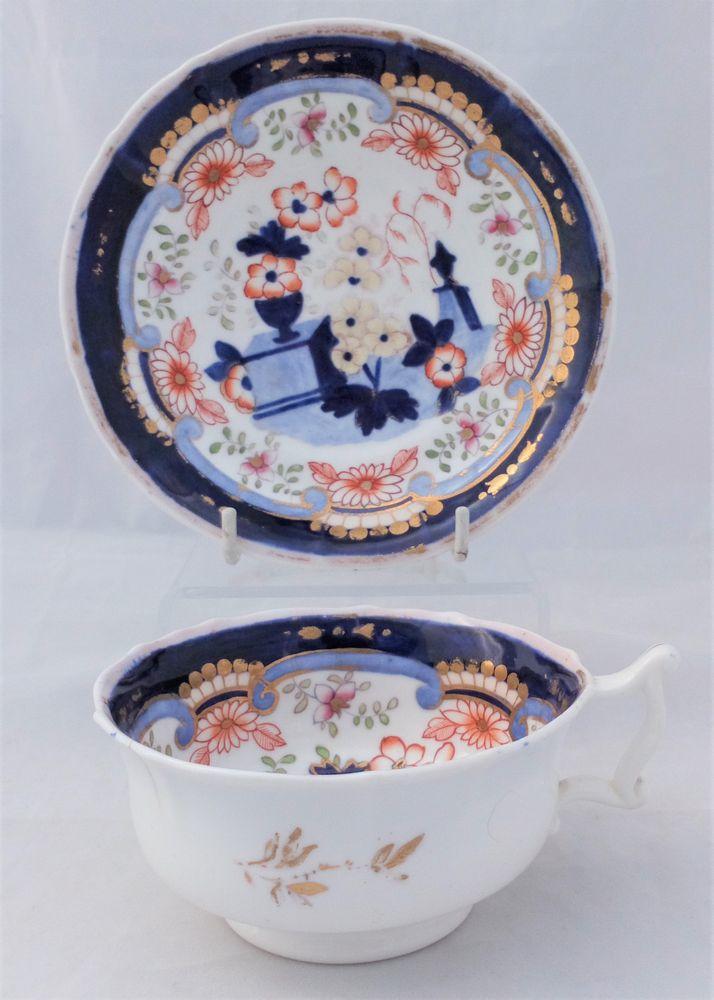 £32.00
Samuel Alcock tea cup and saucer in English porcelain ( bone china) dating from around 1835. Each has been nicely hand painted and gilded with an unde...
View details
ADD TO BASKET

£36.00
Samuel Alcock Trio in English porcelain (bone china), which consists of a tea cup, a coffee cup and saucer, dating from around 1835. Each has been nic...
View details
X
This website uses cookies to ensure that you get the best experience on our website. Read our privacy policy.
I accept