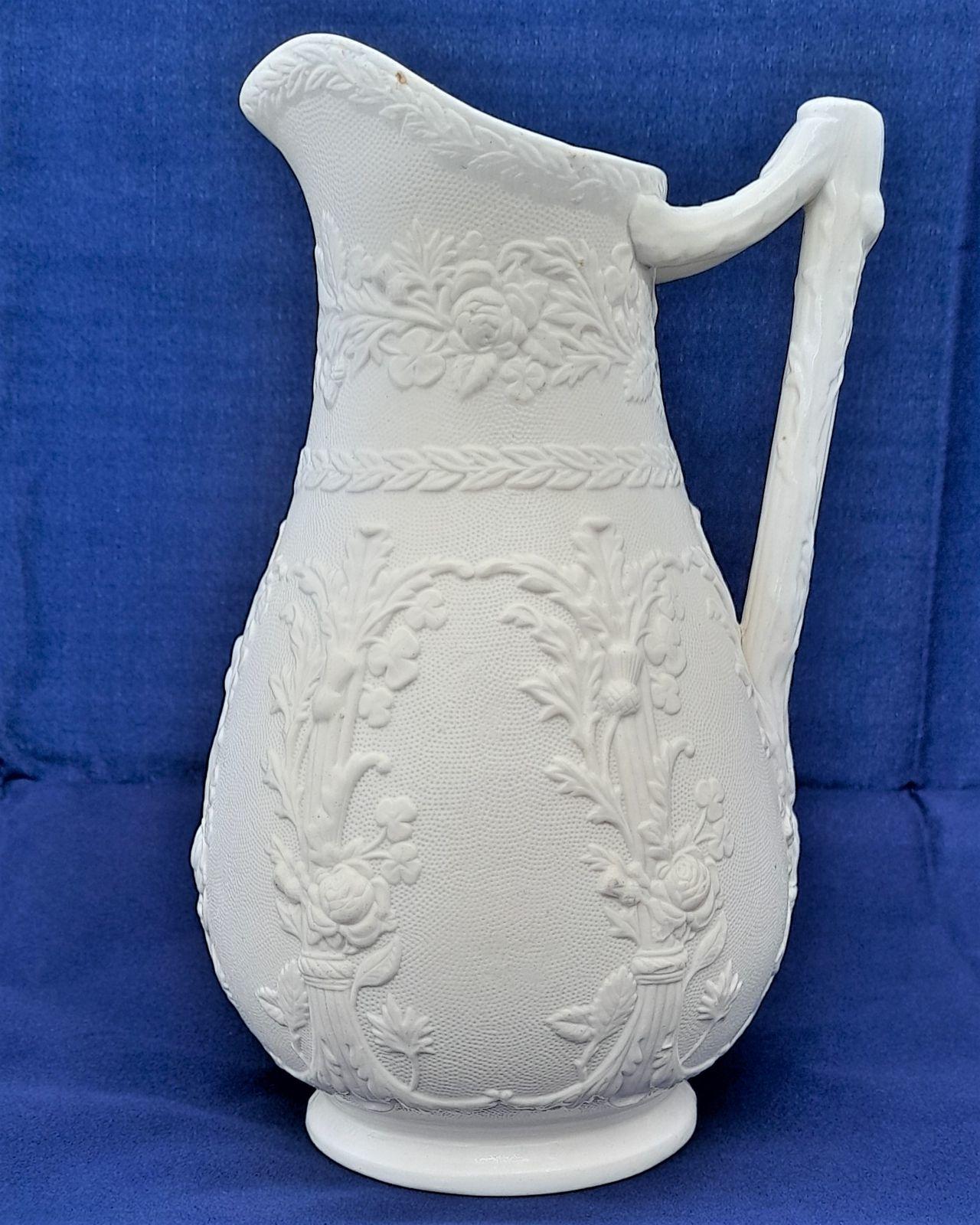 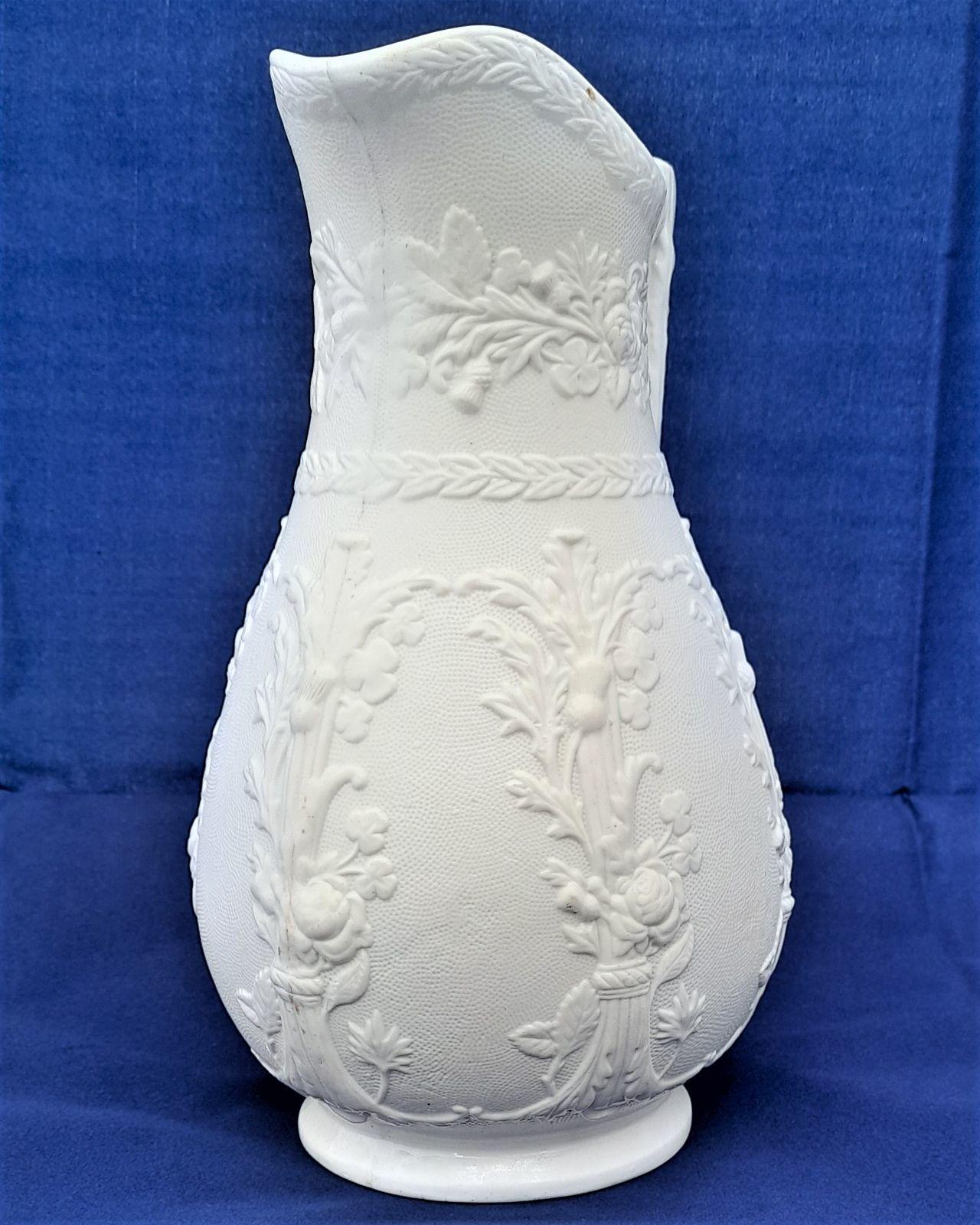 A decorative and collectable antique relief moulded baluster shaped white stoneware jug, circa 1861. The moulded design features roses, thistles and shamrocks around what may be stylised leeks. These are representations of England, Scotland, Ireland and Wales - the Union.  The stylised twig shaped handle has bifurcated terminals to the top. There are laurel leaf borders to the rim and shoulder.

The base has moulded mark of a Staffordshire knot with the initials W and B and (size) 24, a diamond design registration mark for 4th December 1861 from the British Patents office and the pattern name UNION.

The jug was made by William Brownfield, of the Cobridge Works, Burslem, Stoke on Trent, Staffordshire, England. The company operated from about 1850 until 1871 when his son joined the business and subsequently traded as WB&S.

A  pretty decorative antique stoneware jug or pitcher from the mid nineteenth century during the reign of Queen Victoria.