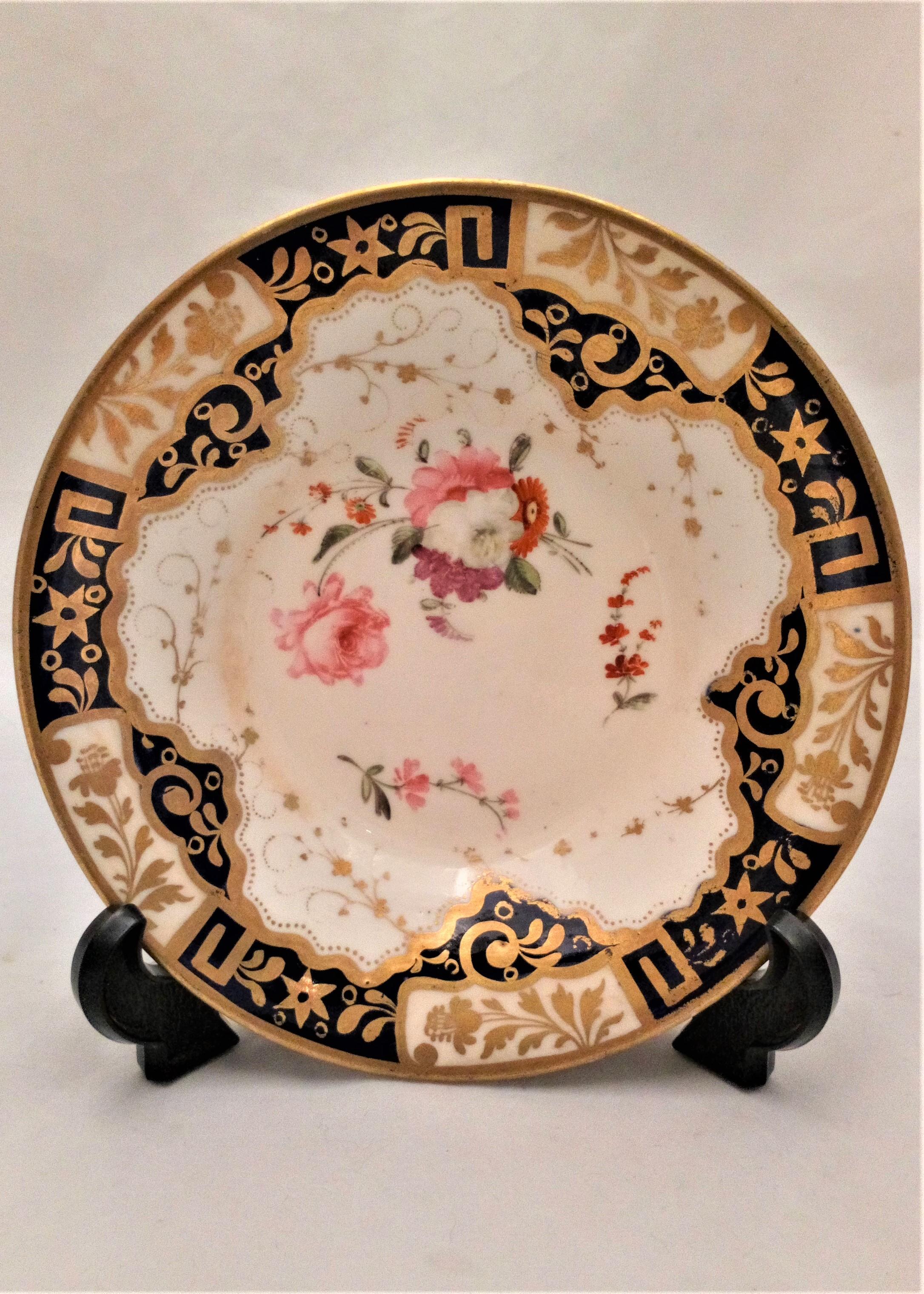 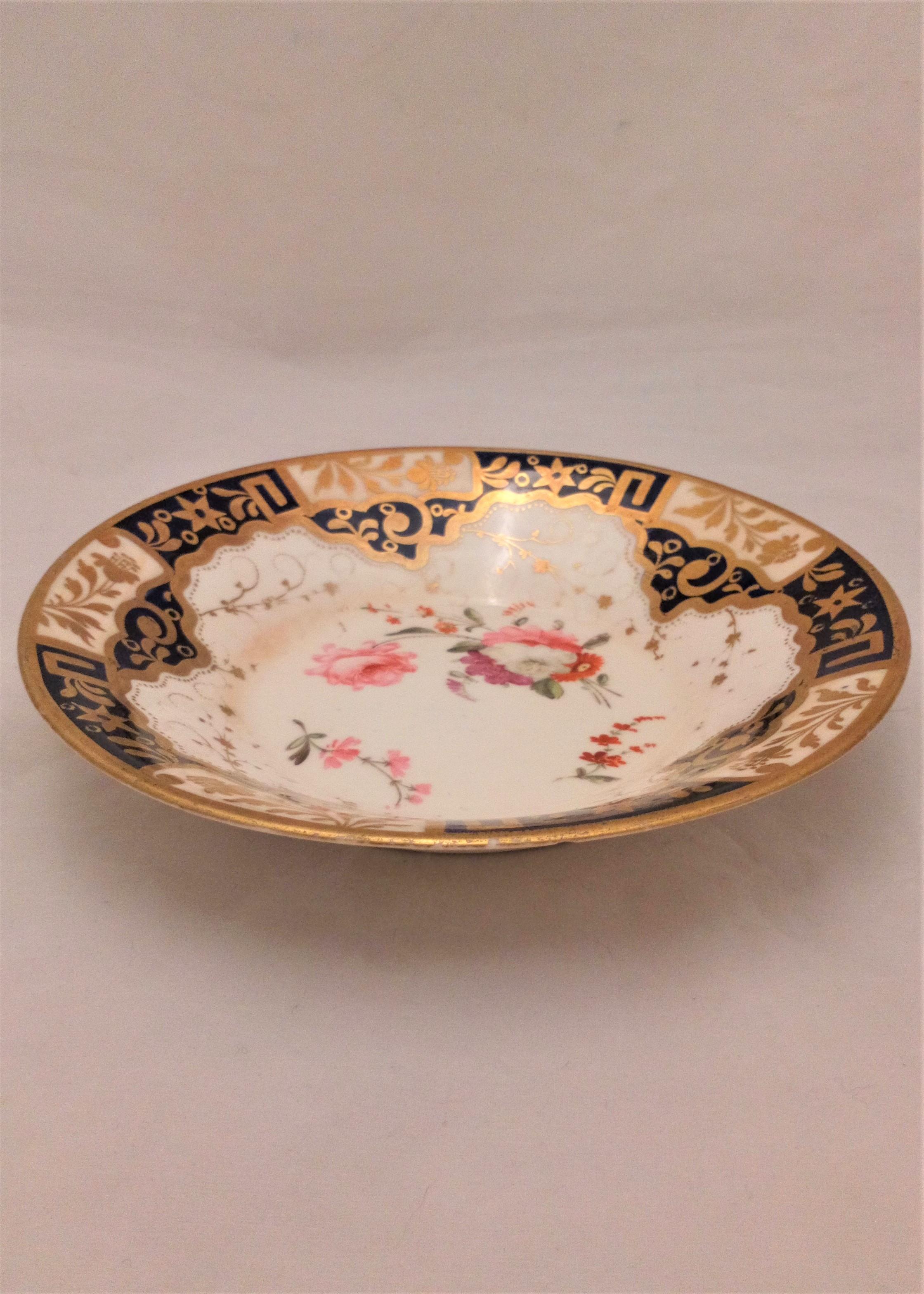 An extravagantly decorated bone china saucer from the Georgian or Regency period of the early 19th century. It dates from around 1817 to 1825, the Prince Regent or George IV was the monarch on the throne at the time they were made. The saucer is deep rimmed plain straight sided London or Grecian form and is painted with the pattern number 812 in iron red underneath.

It is in good antique condition. There is some minor wear to the gilding and enamelling, crazing to the glaze, hairlines in the glaze to the rear of the rim and on the base. There is bone china discolouration to the outside of the saucer and on the edge of the cavetto. Please see the images.